A new paper - 'High-precision U-series dating of the late Pleistocene – early Holocene rock paintings at Tiger Leaping Gorge, Jinsha River valley, southwestern China' - published in the Journal of Archaeological Science reports on the high-precision U-series dating applied to the speleothems associated with the rock paintings in Wanrendong Cave which indicate the paintings were created by Paleolithic hunter-gatherers. 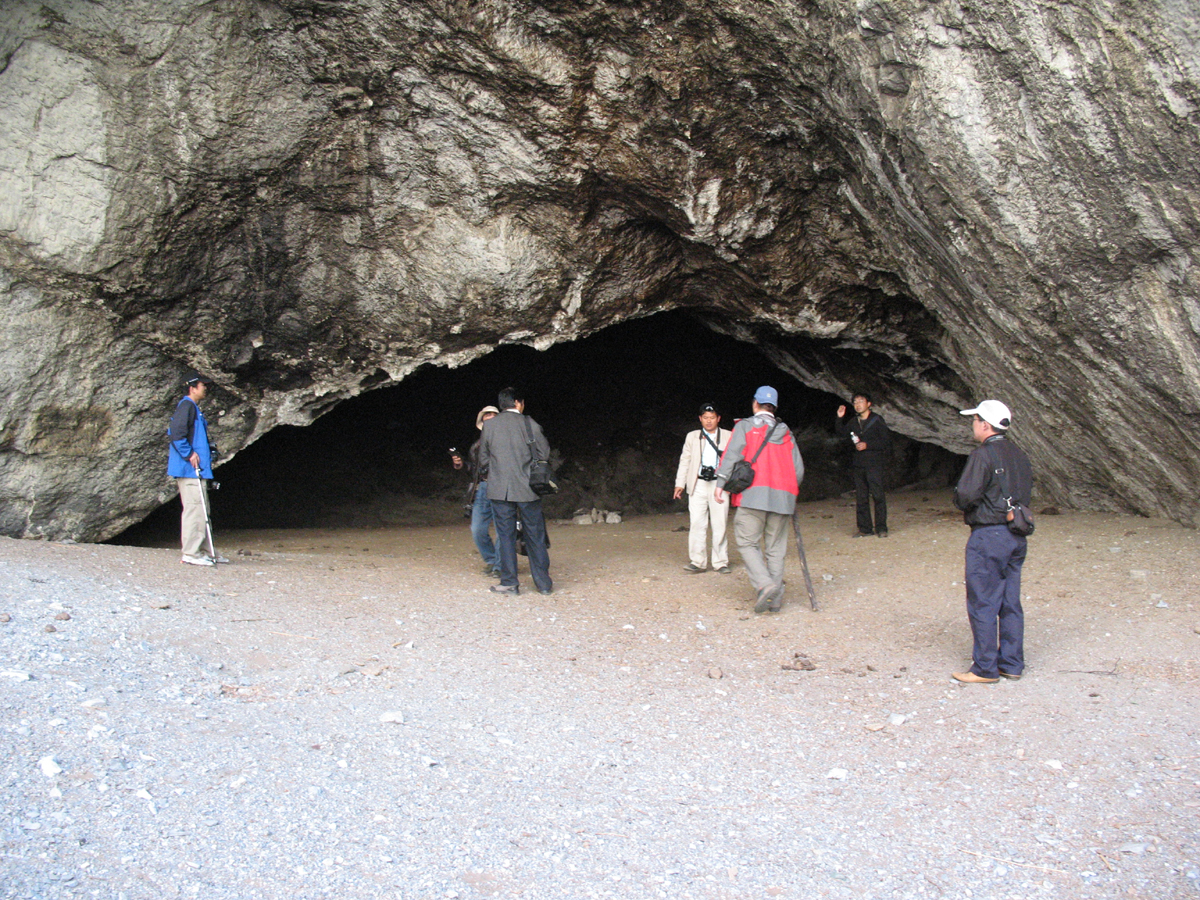 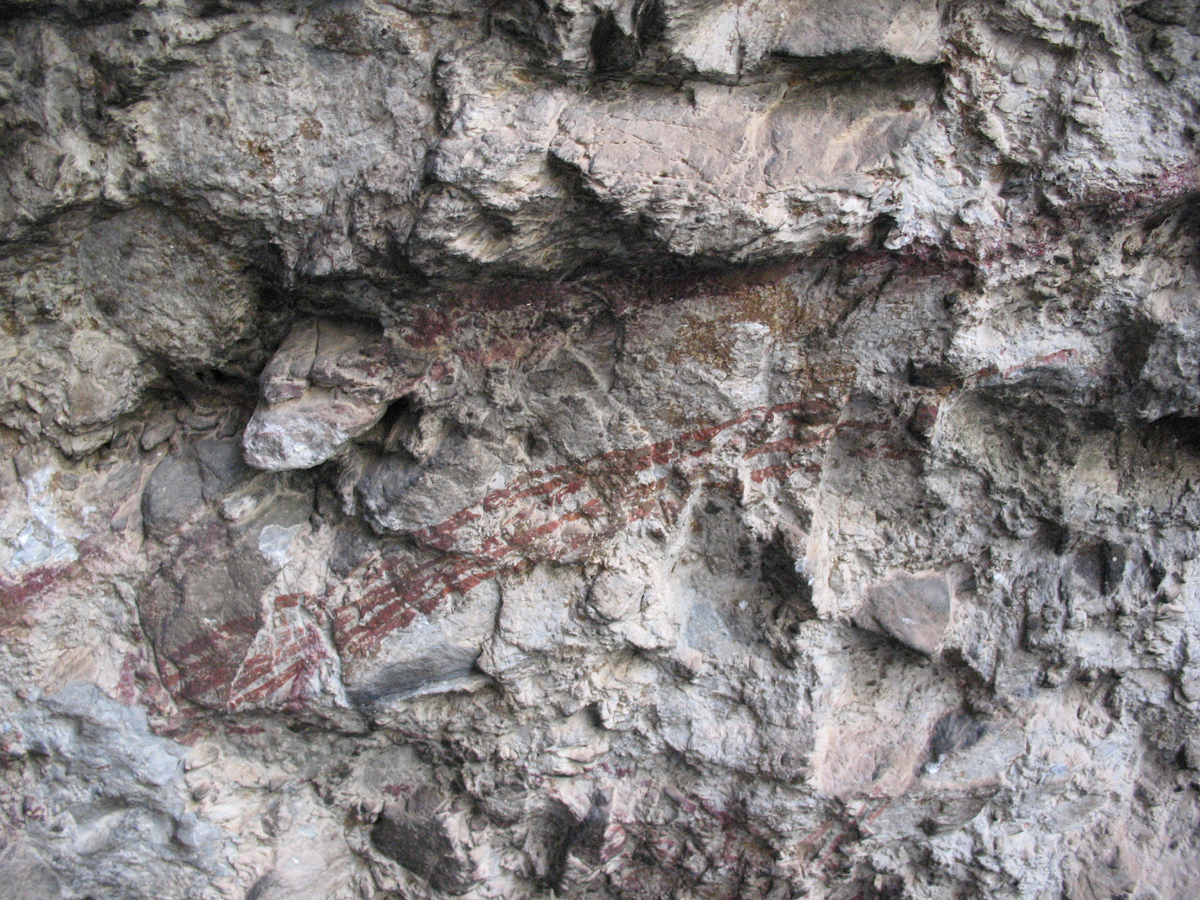 Abstract: Paleolithic rock paintings are known from many parts of the world, including Africa, Australia, Europe and Island Southeast Asia. However, no Paleolithic rock paintings have yet been confirmed in the East Asia mainland, partly due to the lack of suitable dating materials. The rock paintings distributed at more than 70 sites in the Jinsha River valley, Yunnan Province, southwestern China, include the naturalistic outlines of large mammals, which superficially resemble the Magdalenian rock art in Europe. Wanrendong Cave in Tiger Leaping Gorge, has preserved typical Jinsha River rock paintings, associated with some precipitates of secondary carbonates (i.e., speleothem). High precision U-series dating of 13 small speleothems, with a total of 36 subsamples overlying or underlying the pigment layers, revealed that these red paintings were created during the Pleistocene – Holocene transition, representing the oldest absolutely dated rock paintings from China so far. Our results show that at least three painting phases in Wanrendong Cave can be precisely constrained: ∼13,000–13,580 yr B.P., ∼10,540–10,830 yr B.P., and ∼8370–8700 yr B.P. These intervals are substantially earlier than the timing of agriculture in Yunnan Province (∼4600 yr BP), indicating that these paintings were created by Paleolithic hunter-gatherers. Additionally, these intervals coincide with the Bølling-Allerød and early Holocene warming periods, suggesting a possible link between the rock painting activity and climate changes. 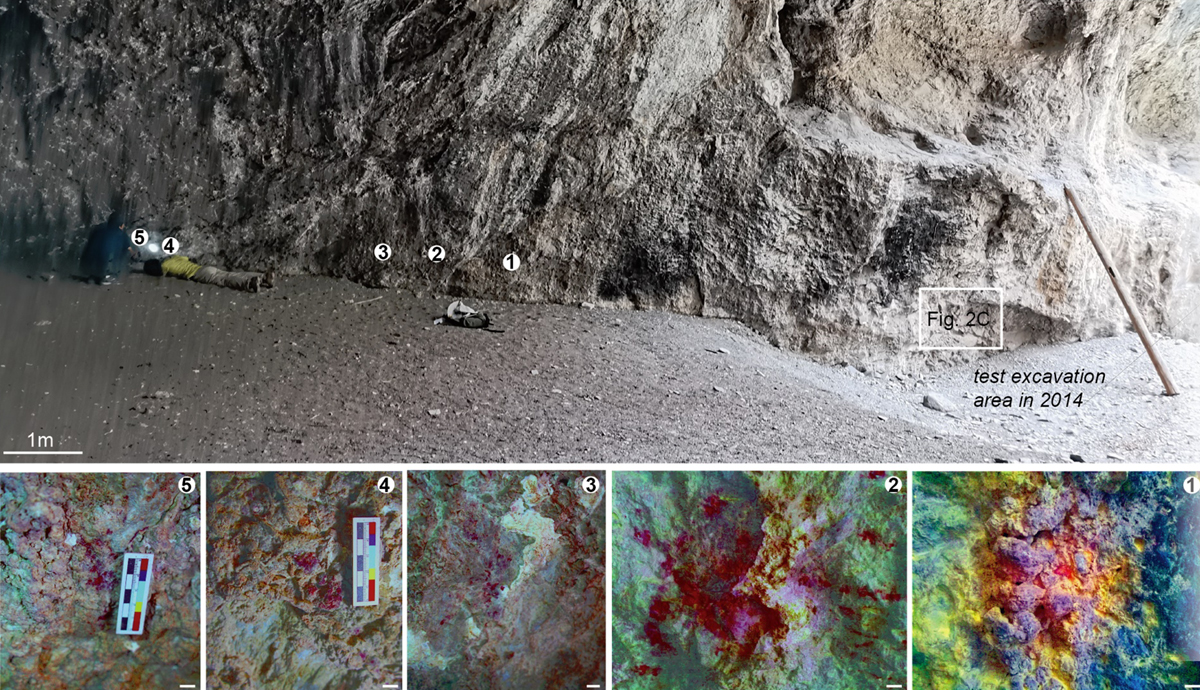 Sampling speleothems in Wanrendong Cave for U-series dating of rock paintings (upper), and digitally enhanced photos showing the red paintings at the sampling locations (lower). The scale bar indicates, respectively, 1 m and 1 cm in the upper and lower photos.

The paper explains that Wanrendong Cave, in Tiger Leaping Gorge, is one of only a few cave painting sites in China as most pictographs are found in rock shelters. Even though a majority of the ancient red paintings of Wanrendong Cave are buried beneath fluvial sediments, the specific cave environment enables some of the paintings to be visible and hence datable. The team's high-precision U-series dating of 13 small speleothems, with a total of 36 subsamples, from five sampling locations reveals that these red paintings were created during the Pleistocene – Holocene transition. The rock paintings in Wanrendong Cave are so far the oldest absolutely dated paintings from China, and probably developed in situ by Paleolithic hunter-gatherers.

Download a pdf of the paper for free until 11th February