An article by Dene-Hern Chen on phys.org - Cave raiders: Thai archaeologists hunt ancient artwork - reports on the rediscovery of cave paintings in Thailand. 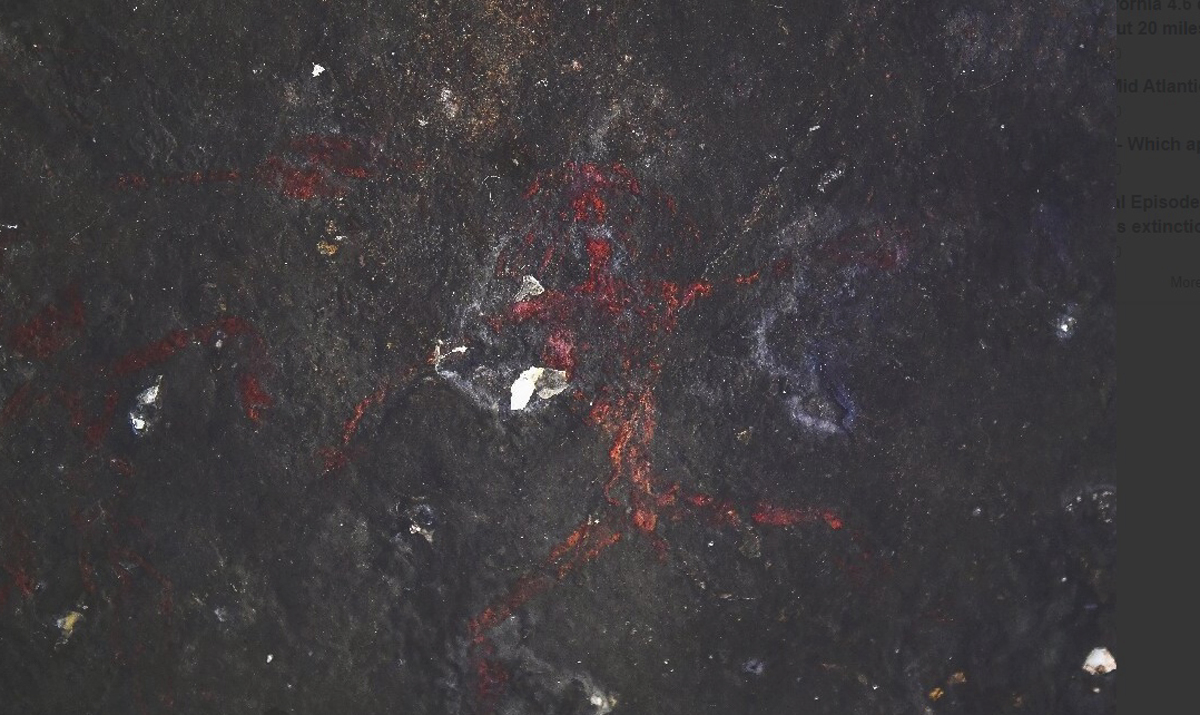 One of the painted figures found in the cave in Sam Roi Yot National Park. Image: AFP

For months, Kanniga Premjai and her small team of archaeologists have combed Sam Roi Yot National Park, about four hours southwest of Bangkok, following a ranger wielding a machete as he slashes a path through thorny vegetation. They had searched about 40 caves without finding rock art until this particular cave. 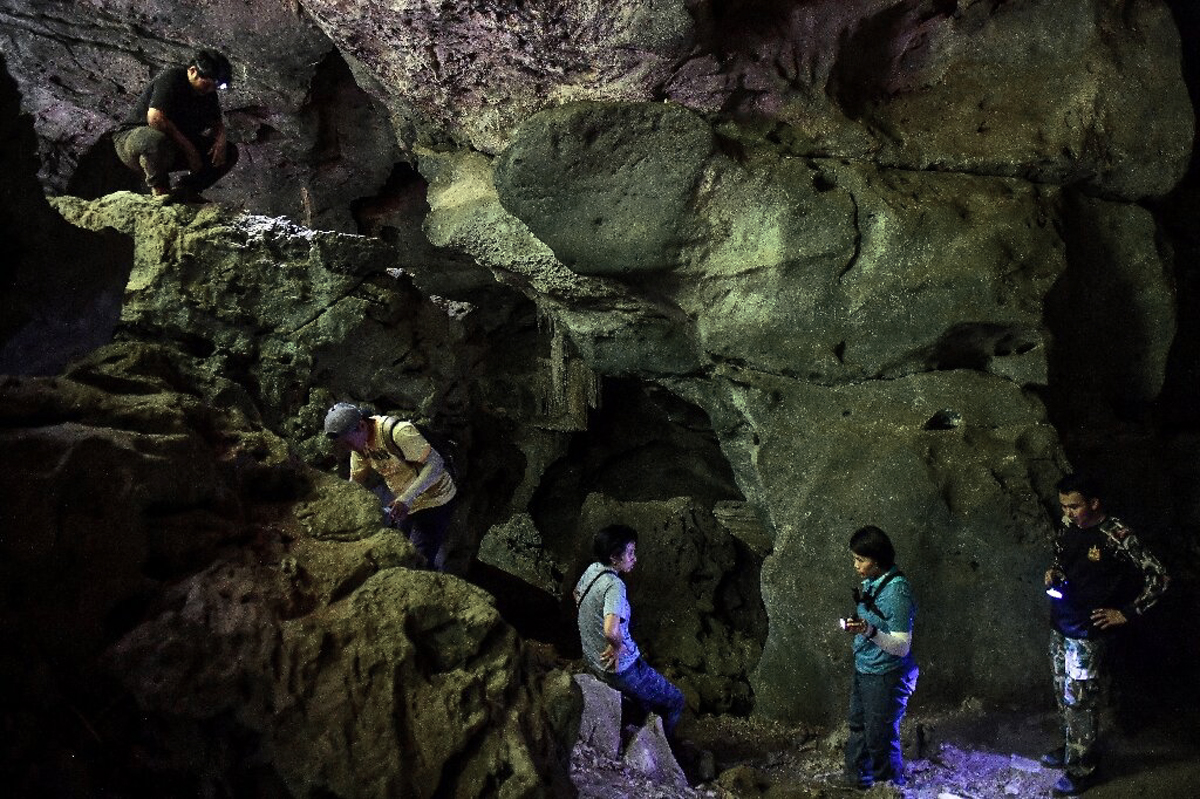 Kanniga Premjai and and her small team of archaeologists exploring in the cave in Sam Roi Yot National Park. Image: AFP

The dark cave walls initially shrouded the cave art, but careful examination and the use of a mobile application to enhance the artwork revealed it. Kanniga believes the art is between 3,000 and 2,000 years old.

Thailand has unearthed ancient temples and cities, such as the ruins in the historic former capital of Ayutthaya and northern Chiang Mai. But the search for cave art is more challenging for Thailand's understaffed Department of Fine Arts, often because of the arduous trekking required.

"A lot of their primary work is just preserving what is already found, and that already takes up a lot of time. There are a lot of places in Thailand that are still unexplored" explains Noel Hidalgo Tan, an expert with Southeast Asia's regional centre for archaeology and fine arts and a member of the Rock Art Network.

The discovery of paintings in 2016 by authorities doing a cursory sweep of Sam Roi Yot's perimeter prompted Kanniga to push for further research in the park's unmapped grounds.