An article by Nina Siegal on nytimes.com - Black Is Still the Only Color for Pierre Soulages - reports on the forthcoming exhibition at the Louvre to celebrate the French painter who gained inspiration from, inter alia, prehistoric cave art and ancient artifacts. 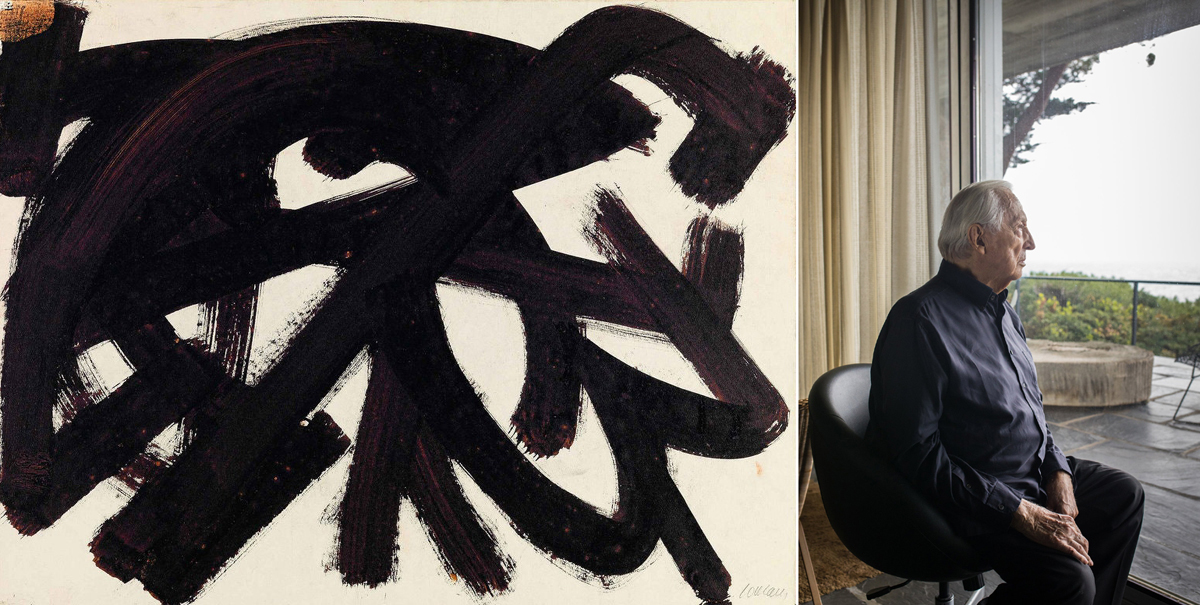 Almost at 100 years of age, the French artist Pierre Soulages lives and works overlooking the Mediterranean. As an artist, he favors simplicity in his lifelong quest to create a profound body of work using as little color as possible. For more than 70 years, he has painted primarily in black. Since 1979, he has worked exclusively in black, creating a series of works he calls “outrenoir,” or “beyond black.”

For those unfamiliar with his work, it might be hard to imagine hundreds of variations of paintings in a single color, but for Mr. Soulages, there is no other color. “Black is never the same because light changes it,” he said, in French, through an interpreter. “There are nuances between the blacks. I paint with black but I’m working with light. I’m really working with the light more than with the paint.” 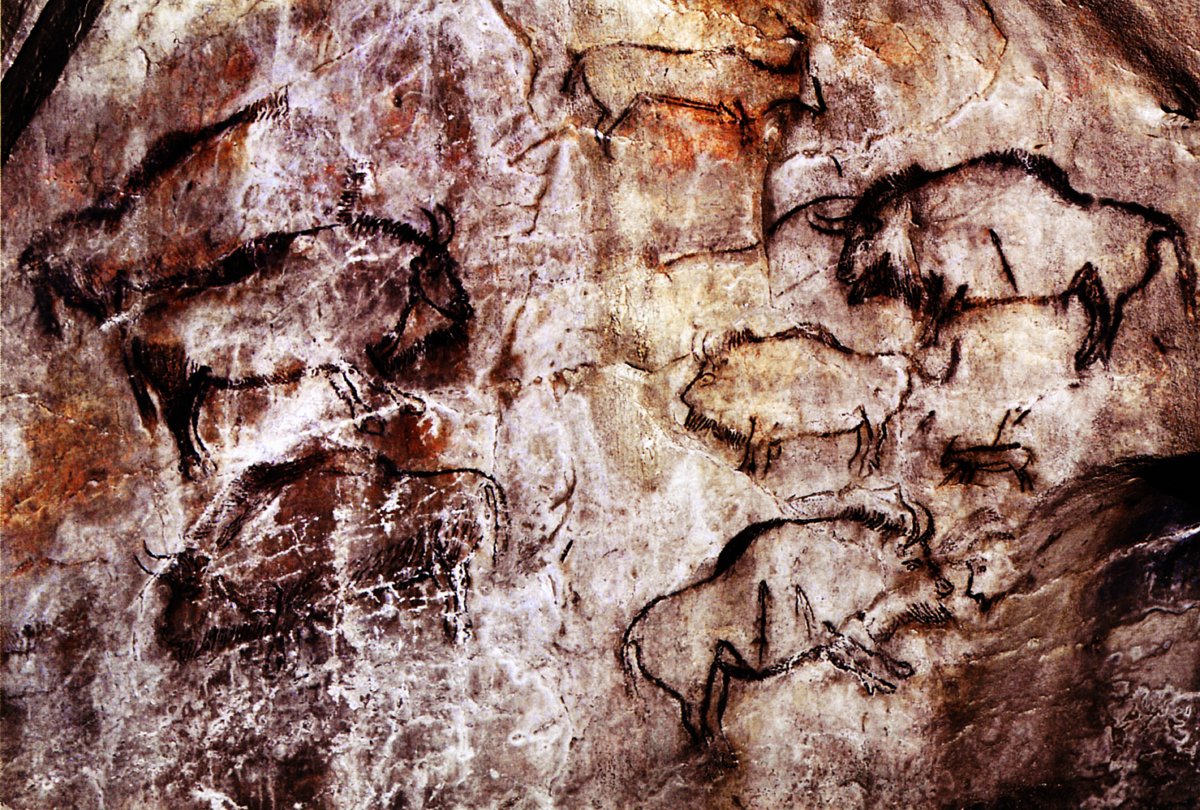 Rock art in the Salon Noir of the Cave of Niaux, south-western France. The black-outlined style is typical of the Magdalenian period, between 17,000 and 11,000 years ago

This December, the Louvre will celebrate Mr. Soulages’s centennial birthday with the exhibition “Soulages at the Louvre,” featuring about 20 works from 1946 to 2019. Alfred Pacquement, a co-curator of the exhibition, explains that Mr. Soulages is only the third contemporary artist in history to receive a solo exhibition at the Louvre. The other two were Pablo Picasso and Marc Chagall.

As a young man, he was fascinated with archaeology, regularly visiting the local natural history museum, the Musée Fenaille, and its collection of nearly 5,000-year-old stone monoliths. Prehistoric artifacts Mr. Soulages found at age 16 or 17 during an archaeological excavation of a burial chamber from the Neolithic period are part of the museum’s permanent collection. On a visit in October, the museum was hosting the exhibition “Pierre Soulages: an Imaginary Museum,” featuring 50 artworks of prehistoric, cave art and ancient artifacts from French collections that were influential to Mr. Soulages, including his own finds.

Historically, it’s logical to connect Mr. Soulages to American Abstract Expressionists such as Franz Kline and Rothko, or to monochromatic artists like Yves Klein (who invented his own blue and painted in just that color) or Robert Ryman (who painted only in white) or to harken back to Kazimir Malevich’s revolutionary 1915 “Black Square,” which marked the birth of pure abstraction.

But Mr. Soulages explains that the origins of his own paintings lay in more primal forms of art, like cave painting, because when he stands before them, they “overwhelm” him. That is the experience he wants his own art to have on the viewer.

Soulages at the Louvre: Dec 11 through March 9 at the Musée du Louvre, Paris.

click here to read more about the cave art of Niaux