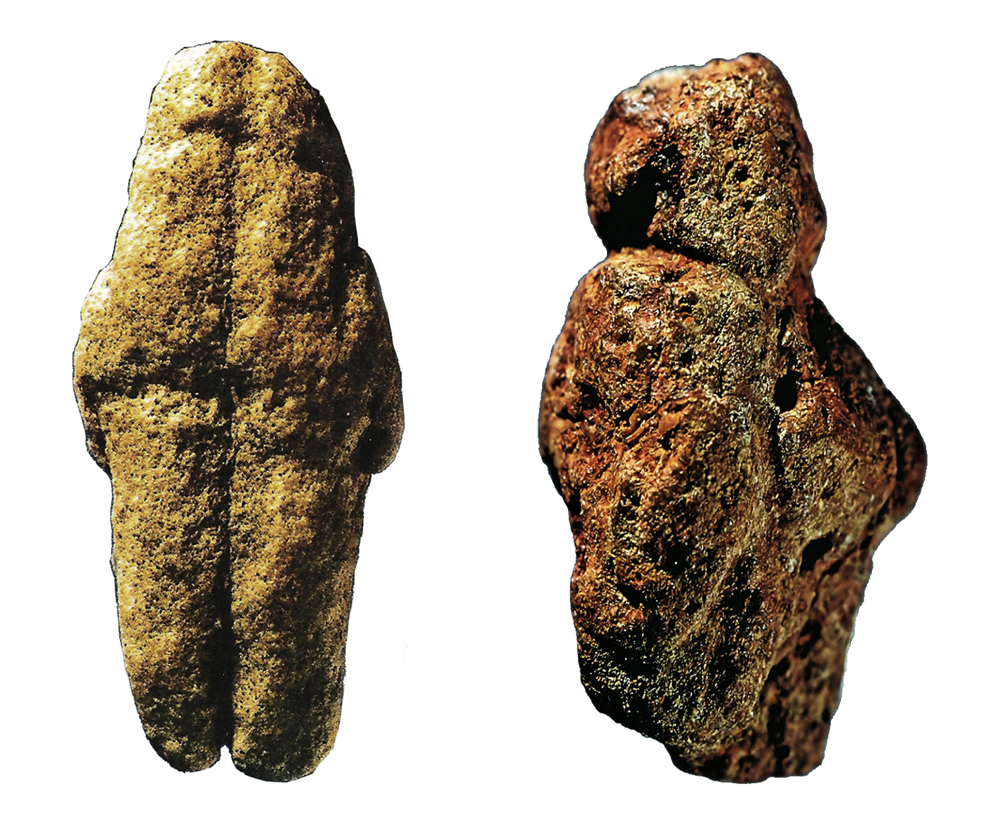 The point of this story is not that it broke the hundred-million-dollar barrier, but that sculptures have fascinated us, and have been part of the hominid psyche, for half a million years.

To date, the oldest known human three-dimensional representation is the Tan-Tan sculpture (above left), discovered in Morocco, in an open site in ancient river deposits of the Draa river. It is Acheulian, and has been dated between 500,000 to 300,000 years old. It is almost 6 cms in height and just over 1 cm wide.

The overall shape of this small quartzite pebble resembles a human figure. Found near stone tools, it is possible that the pebble was simply collected and kept by someone who noticed its human shape. It is entirely natural yet appears to have been modified by human action; examination under a microscope suggests this shape may have been emphasised by deliberate alteration of the natural grooves which run across the body.

In 1981, at the Berekhat Ram site on the Golan Heights, archaeologist N. Goren-Inbar discovered a pebble of volcanic rock 35mm in length. The pebble was noticeable because it resembled a female human form. The Berekhat Ram sculpture (above right) has a groove around the neck and on the sides which have been shown to be deliberate modifications absent from other scoria found in the area.

The archaeologist Alexander Marshak examined the pebble using an electron microscope. He concluded that it had been made, or enhanced, by hominid hand. Dating suggests it is between 250,000 and 280,000 years old.

Read more in the Art of the Ice Age section: