An article by Linda Geddes on theguardian.com - Oldest cooked leftovers ever found suggest Neanderthals were foodies - reports on the first evidence of complex cooking and food culture. 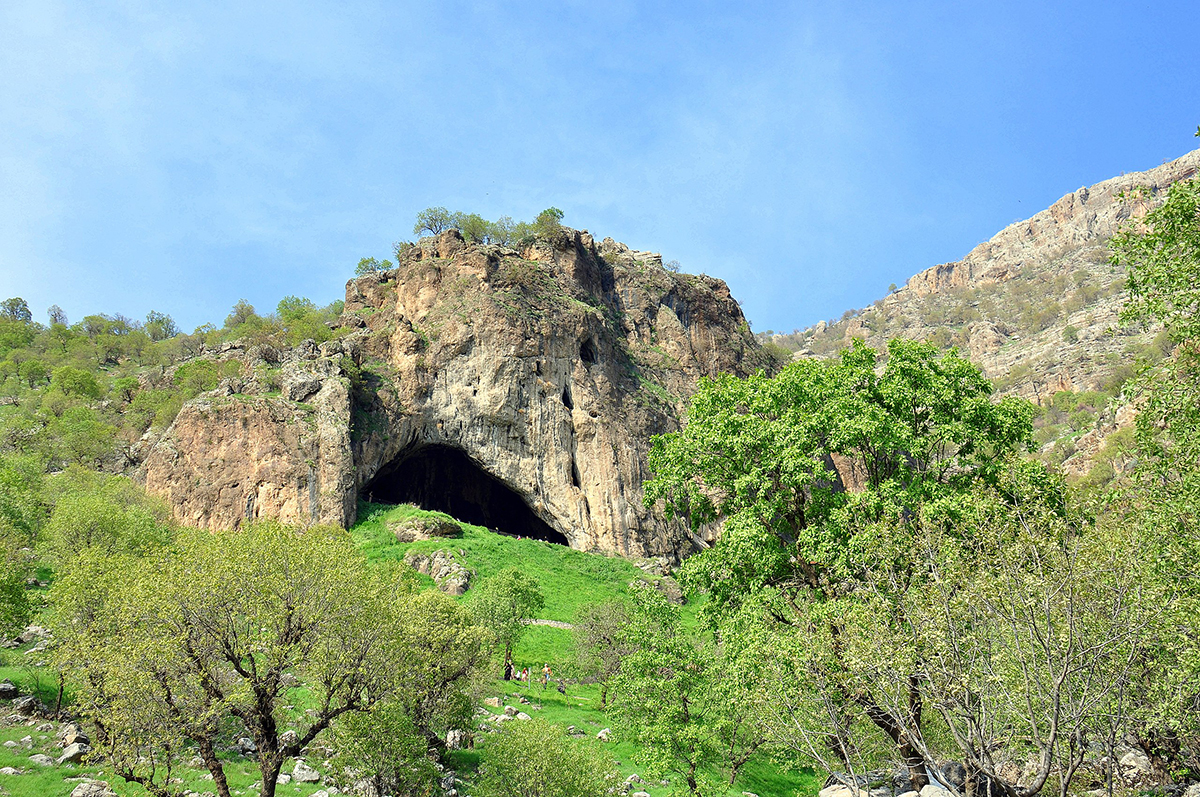 The Shanidar Cave complex where the remains of what is believed to be the world’s oldest flatbread were found. Image: Osama Shukir Muhammed Amin FRCP.

Neanderthals survived not only on a diet of foraged berries and uncooked meat; charred remnants of what appears to be the world’s oldest cooked meal ever found have been unearthed in a cave complex in northern Iraq. “Our findings are the first real indication of complex cooking – and thus of food culture – among Neanderthals,” said Chris Hunt, a professor of cultural paleoecology at Liverpool John Moores University, who coordinated the excavation.

Inside the Shanidar Cave complex, where the remains of what is believed to be the world’s oldest flatbread were found. Image: Hardscarf.

Hunt and his colleagues have even tried to recreate one of the recipes, using seeds gathered from nearby the caves. “It made a sort of pancake/flatbread which was really very palatable – a sort of nutty taste,” Hunt said.

The burned food remnants – the oldest ever found – were recovered from the Shanidar Cave site, a Neanderthal dwelling 500 miles north of Baghdad in the Zagros Mountains. Thought to be about 70,000 years old, they were discovered in one of many ancient hearths in the caves. The team also used a scanning electron microscope to analyse ancient charred food fragments recovered from Franchthi Cave in southern Greece, which was occupied by early modern humans about 12,000 years ago. Taken together, these findings suggest that Palaeolithic diets were diverse and prehistoric cooking complex, involving several steps of food preparation.

“We present evidence for the first time of soaking and pounding pulse seeds by both Neanderthals and early modern humans (Homo sapiens) at both sites, and during both phases at Shanidar Cave,” said Dr Ceren Kabukcu, an archaeobotanist at the University of Liverpool, who led the study. “We also find evidence of ‘mixtures’ of seeds included in food items and argue that there were some unique preferences for specific plant flavours.”

The research, published in Antiquity, adds to mounting evidence of plant consumption by both early modern humans and Neanderthals, in addition to meat. Wild nuts and grasses were often combined with pulses, such as lentils, and wild mustard. Hunt said: “Because the Neanderthals had no pots, we presume that they soaked their seeds in a fold of an animal skin.”

However, unlike modern chefs, Neanderthals did not appear to hull their seeds to remove the outer coat – a process that largely eliminates bitter-tasting compounds. This could suggest that they wanted to reduce but not eliminate the pulses’ natural flavours. Assuming they pounded the seeds using local rocks, the final product may also have been somewhat gritty. “Having sampled the re-created recipe, I think we can understand why the Neanderthals had teeth in such a degraded state,” Hunt said.