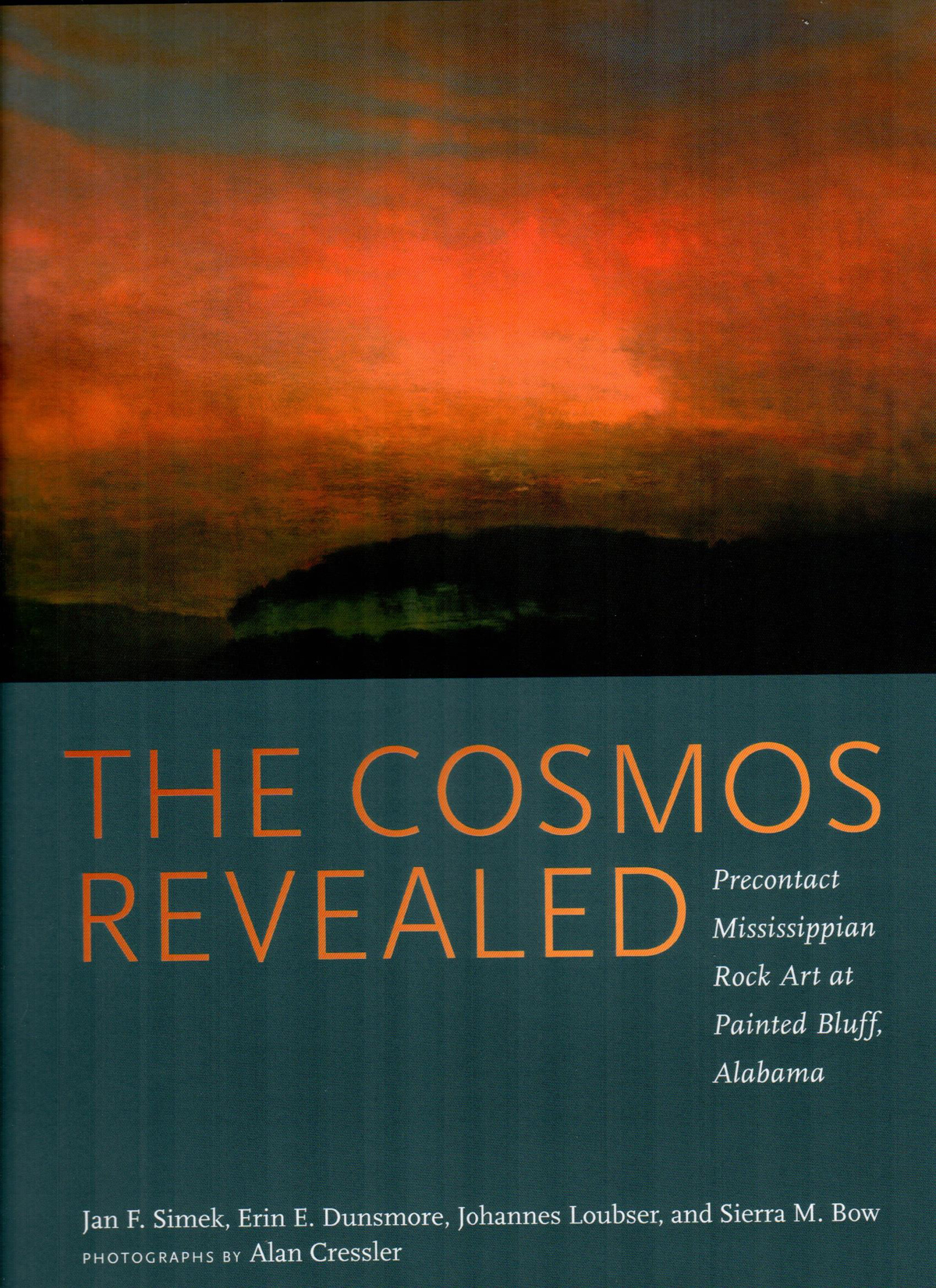 Containing more than 130 paintings and engravings, Painted Bluff is perhaps the most elaborate prehistoric pictograph site east of the Mississippi River. Positioned at several levels on a dramatic sandstone cliff along the Tennessee River in northern Alabama, the spectacular paintings and engravings depict mythical creatures, dancing humans, and mystical portals. The Cosmos Revealed: Precontact Mississippian Rock Art at Painted Bluff, Alabama is the first complete description and interpretation of one of the most important archaeological sites in eastern North America. Using art, the site materializes a model or 'cosmogram' of the Mississippian Native American view of the universe and provided connections between the visible and invisible worlds for Native spiritual leaders and other visitors to engage.

Discovered in the early 1800's, the site became known as 'Painted Bluff' because of its pictographs, but inexplicably it has only recently been subjected to the intensive archaeological study it deserves. Under the auspices of the Tennessee Valley Authority, the authors of this volume have documented and assessed the site since 2005, and efforts have been made to reverse some of the vandalism that has occurred over many decades and to stabilize natural degradation of the cliff and the artwork it contains.

During this documentation, more than one hundred remarkable prehistoric paintings have been recorded, mapped, and photographed on the cliff face. This book synthesizes the research done on the site to date and covers the entire site. Richly illustrated chapters cover the historical background, geology and archaeology, documentation methods, types of rock art, stratigraphy, paint recipes, TVA management, graffiti removal, and a summary that broadly synthesizes the meaning, timeframe, artistry, organization, conceptual boundaries, and the cosmos revealed. The book features numerous color photographs and a complete catalog of the pictographs and petroglyphs at the site.

The Advisory Council on Historic Preservation award ceremony (below) held in Washington D.C. on November 30, 2016. 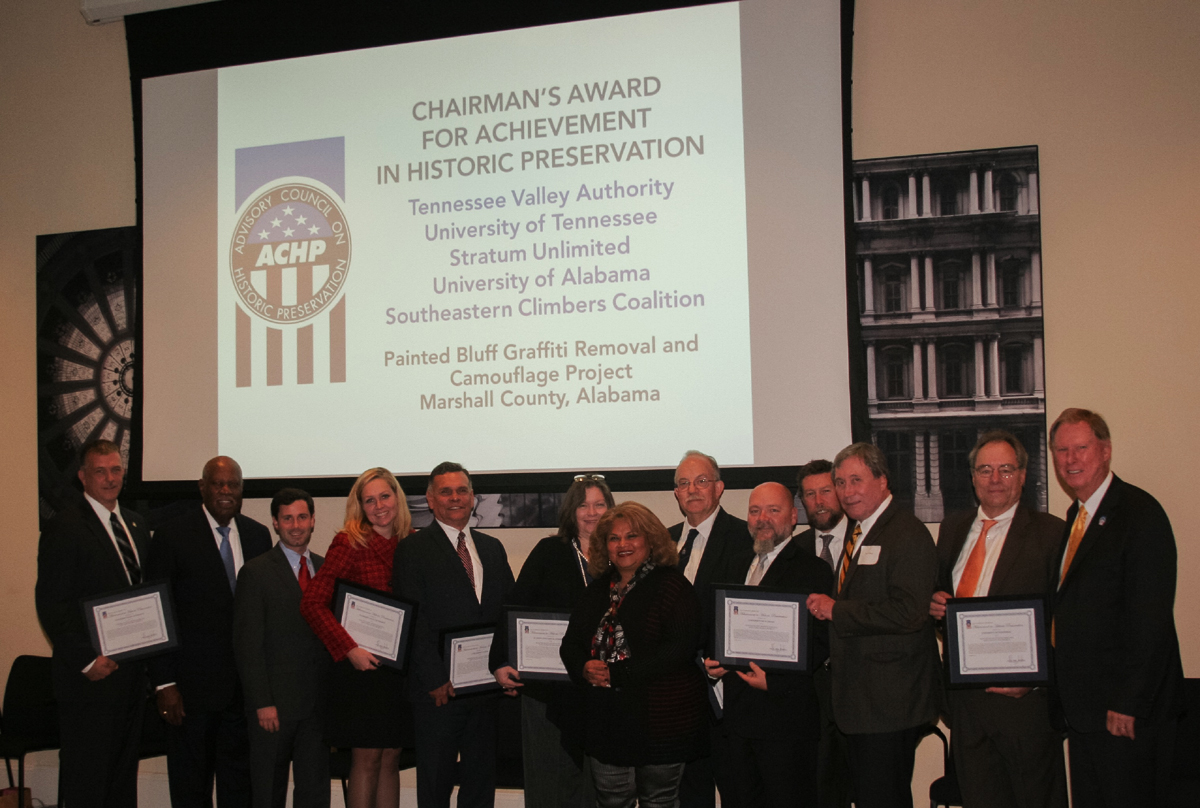 During the ceremony, the council chairman, Milford Wayne Donaldson, commended the collaborative effort between the Tennessee Valley Authority, 15 different Indigenous communities, universities, private companies, and volunteers to record, remove, and camouflage graffiti that had defaced centuries-old imagery and engaged in public outreach to reduce human impacts on the site.

"Provides extremely thorough, state-of-the-art research on a well-known and very important site by providing a detailed empirical account, combined with a well-supported and logical symbolic interpretation." David S. Whitley, author of Cave Paintings and the Human Spirit: The Origin of Creativity and Belief