Art by Firelight? Upper Palaeolithic people may have harnessed the flickering light of fires to animate their rock art.

Video above: A virtual reality simulation showing what a Palaeolithic plaquette looks like under the flickering light of a fire. Several horses are engraved on this plaquette, and as the firelight moves different horses are illuminated, giving a sense of dynamism to the art.

15,000 years ago at the rock-shelter site of Montastruc (France), during the Magdalenian period, people incised detailed representations of animals into small fragments of rock. These intricate portable art pieces, known as plaquettes, were then heated, leaving distinctive bands of pink discolouration along their edges. Yet despite the plaquettes being discovered in the mid-19th Century, the reason for heating these objects remained unknown. Our team of researchers from the Universities of York and Durham set out to understand what these enigmatic objects may have been used for by examining these patterns of heating. 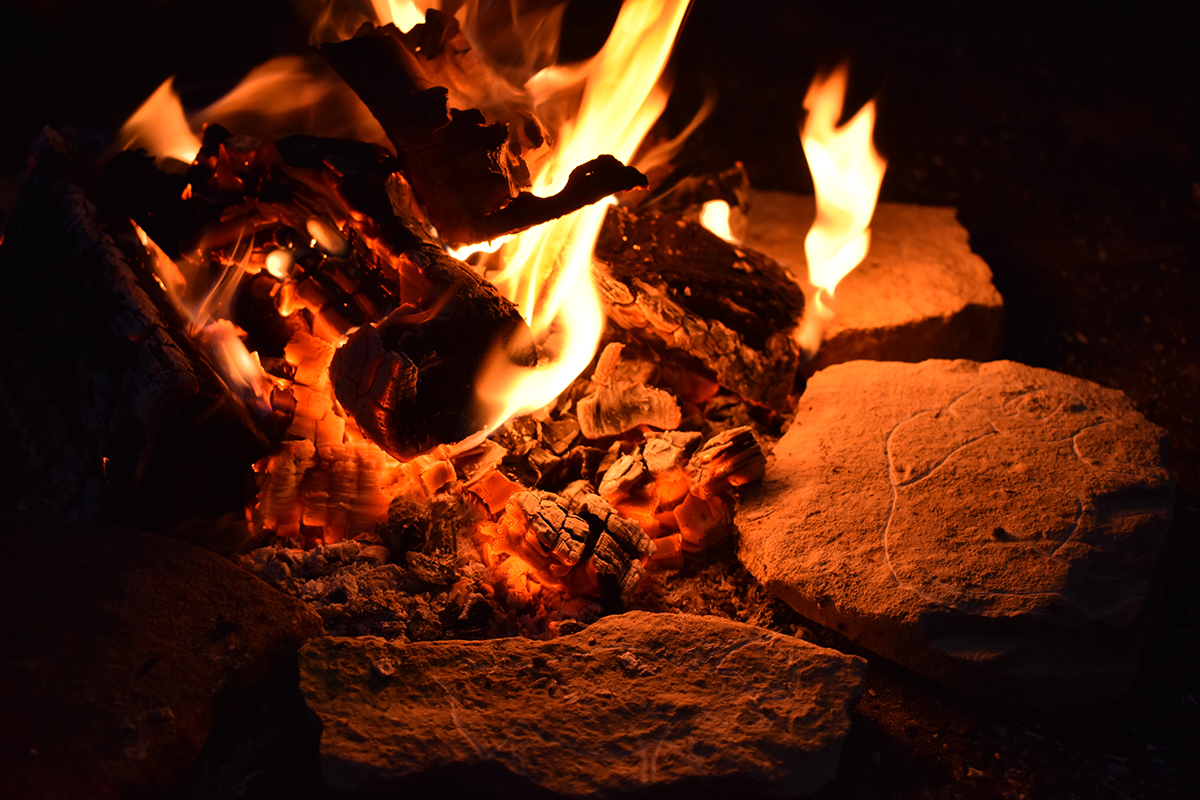 Upper Palaeolithic people may have harnessed the flickering light of fires to animate their rock art. Image: Izzy Wisher, CC-BY 4.0

We wanted to test hypotheses related to the activities that may have caused the pattern of heating observed on the Montastruc plaquettes. Were they accidentally heated? Used functionally as boiling stones or as part of a hearth structure? Or was the reason more complex, related to non-functional uses that may have enhanced the engraved forms? 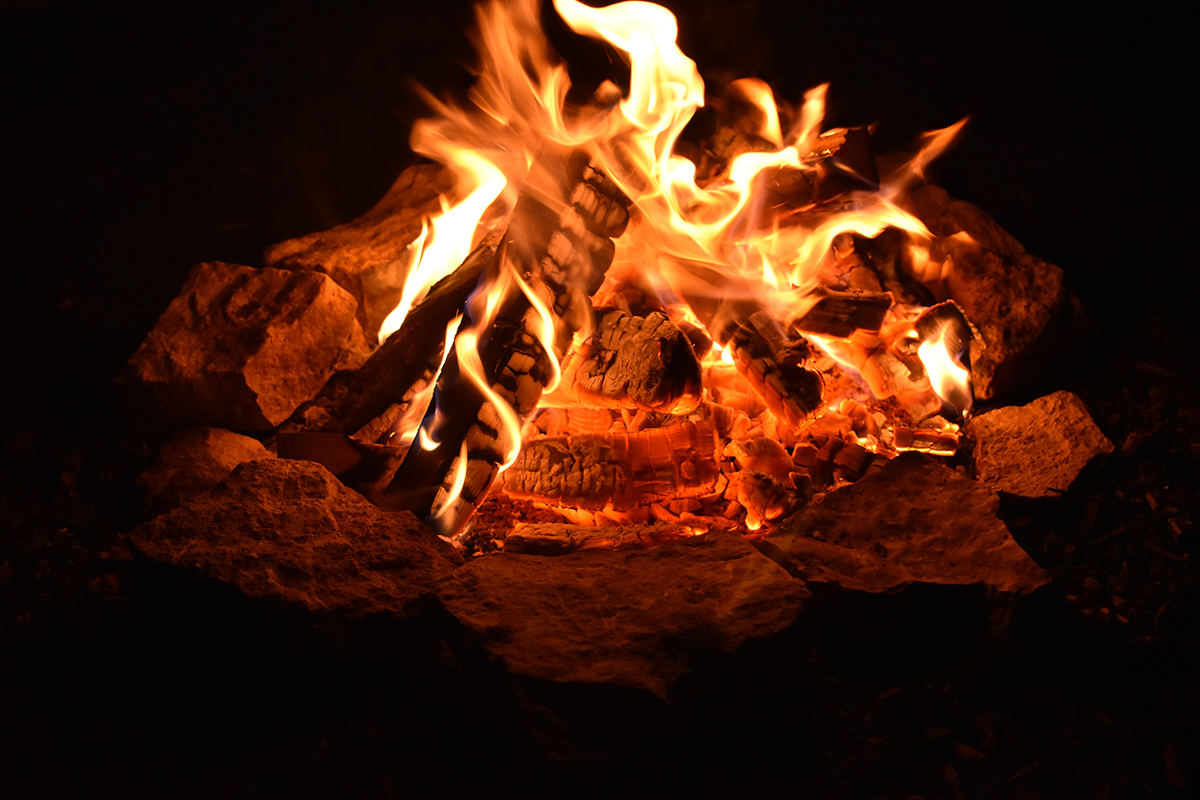 Using replica limestone plaquettes, we designed five separate experiments undertaken at the York Experimental Archaeology Research (YEAR) Centre. By recording the patterns of heating caused by different activities, such as heating plaquettes to use as boiling stones, we were able to directly compare our results to the Montastruc plaquettes. The pattern of pink discolouration (also termed rubefaction) on the Montastruc plaquettes seemed to best fit with the pattern observed from deliberately placing replica plaquettes around the edge of a fire.

Placing the engraved plaquettes around the fire in this way enhanced the experience of the art, with the dynamic firelight commingling with the undulating surface of the rock to animate the engraved animal forms. The unpredictable light illuminated one area of the plaquette, then another, giving the impression of animals moving across the surface where multiple forms were etched into the rock.

Virtual reality provided the opportunity to simulate these visual effects for 3D models of the Montastruc plaquettes. The bands of rubefaction allowed the Montastruc plaquettes to be placed within their "original" orientation next to a virtual hearth, and the flickering, warm light of the fire was simulated. As with our experimental observations, this brought the engraved animals to life with the roving firelight and shifting shadows giving the impression that the animals were subtly moving.

It is possible that this art was used as part of wider social behaviours. Hearths were likely the social hub of Upper Palaeolithic communities, where people gathered around the fire to exchange stories. The engraved plaquettes may have been harnessed to visualise elements of this storytelling, with animals leaping to life by the fireside and woven into narratives.

Creating and experiencing art under the flickering, dynamic light of a fire may have also triggered a psychological phenomena known as pareidolia - where we see random patterns as meaningful forms, like seeing animals in clouds. The natural features of the rocks viewed under this light may have been perceived in this way, interpreted by Magdalenian people as looking like the parts of different animals. The use of cracks or natural edges to represent the legs or ears of the engraved animal depictions on the Montastruc plaquettes seems to suggest that they were experiencing this phenomenon.

The experience of art by the fireside was likely a visceral experience, one where animals seemed to emerge out of the rock and appeared animated after they were engraved. It seems likely that this was a similar experience to that of making art in caves, where similar conditions of darkness and working by flickering candle, torch, or firelight pervaded, perhaps providing insight into how Magdalenian people made and experienced art of different types and in different contexts.

The paper is available on PLOS One