An article by Ben Collins on abc.net.au - It survived ice-ages and the rise and fall of oceans — how has Indigenous rock art lasted so long? - reports on the survival of the rock art in Australia. 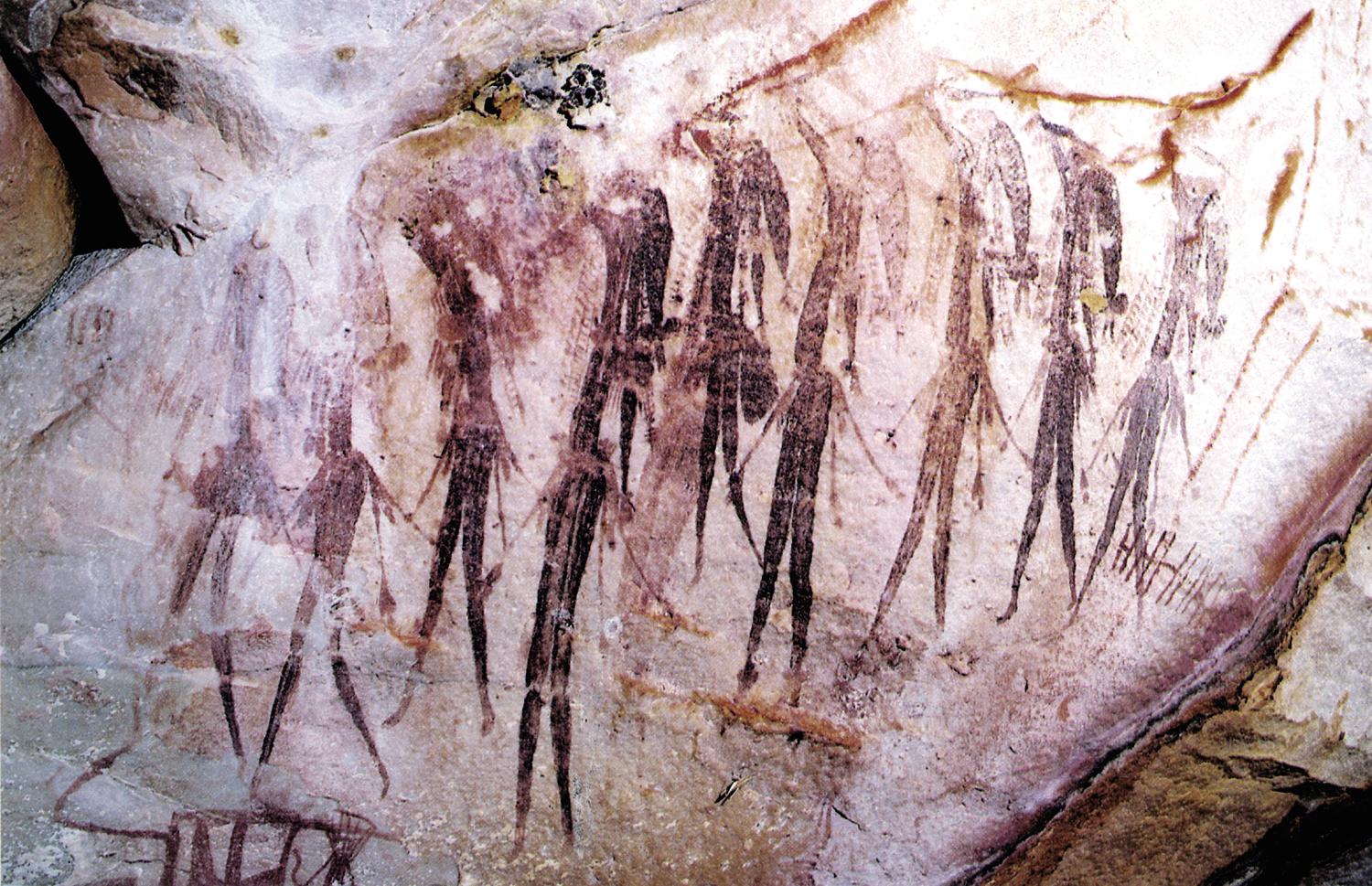 In the context of the rest of the world, the oldest Indigenous artwork had already been painted when humans first arrived in Europe, was already thousands of years old when people hunted mammoth in North America and was positively ancient by the time Egyptians contemplated their first pyramids. Indigenous rock art has survived wildfire, flood, ice age, hotter and wetter climates, and the passing by of hundreds of generations of people, and perhaps even the occasional visit from now-extinct megafauna. Even if you put the singular importance of Indigenous art in the story of humankind to one side, just the fact that paint on a rock can survive through so much time and weather is almost inconceivable.

But despite scientists like Professor Andy Gleadow examining these ancient paintings down to the molecular level, it is still not fully understood how the first Australians created such indelible images. He explains that we don't know what the original paints were and whether what we see now is simply a remnant. What was the secret to the resilience of Indigenous rock painting? 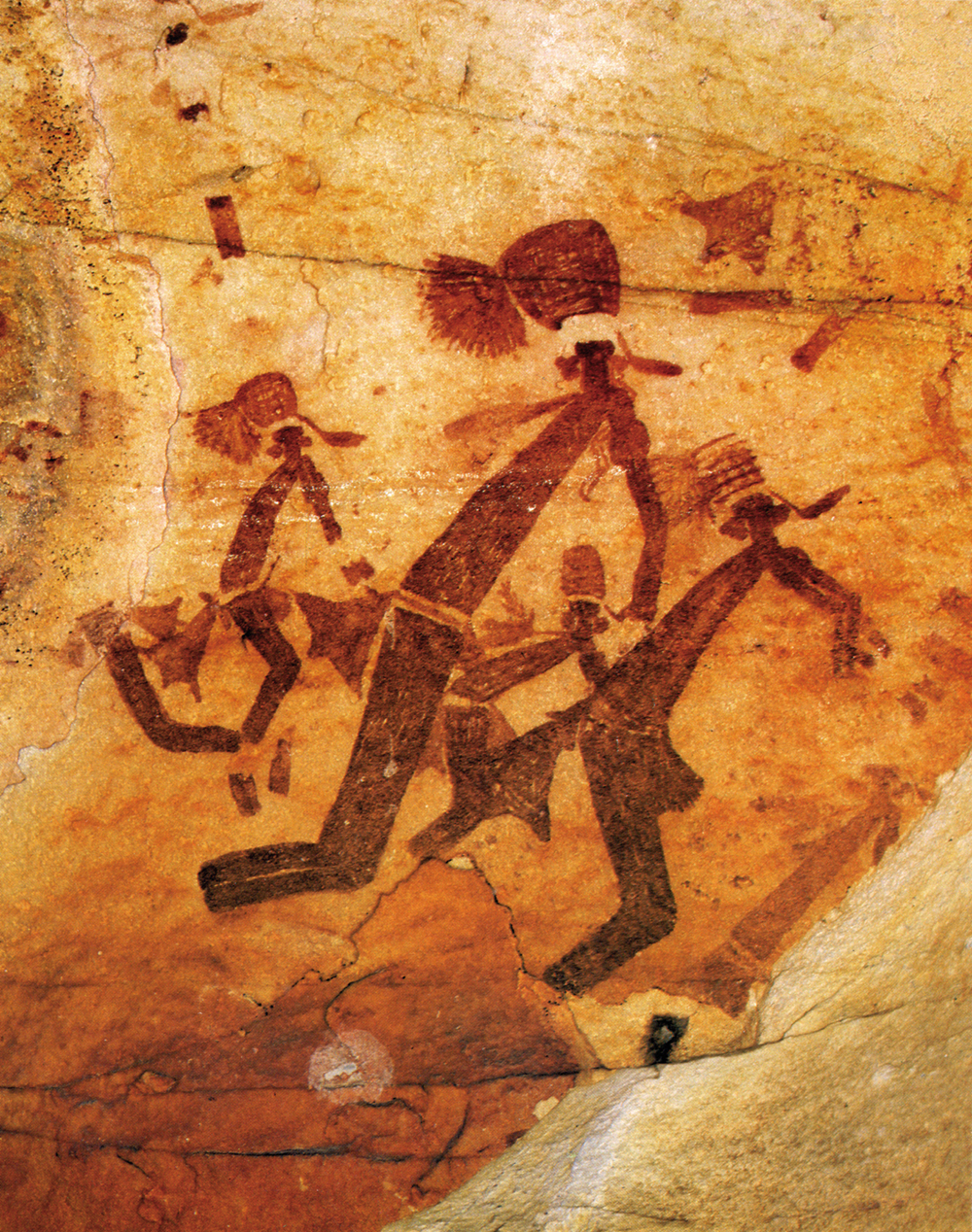 As a Walmajarri and Gija artist in the east Kimberley, Gabriel Nodea paints images on canvas from an unbroken cultural connection right back to some of Australia's oldest rock paintings. He explains that his art is painting dreamtime stories of what he knows, what he has been told or handed down by older people. Mr Nodea also works to preserve ancient rock paintings in his traditional country, and has marvelled at how his ancestors were able to create such long-lasting images. He creates a modern version of traditional paint for his own contemporary art, crushing coloured rocks to make ochre, and then dissolving that in a combination of water and PVA glue to carry and set the paint. But Mr Nodea said his paint was no match for the mystery recipe used in ancient times.

Part of the secret to rock art paint being able to last for tens of thousands of years, according to Dr Marcell Scott from the University of Melbourne, was that the paint was made from rock, and was very compatible to the rock on which it was painted. Dr Scott has been working with Mr Nodea to preserve ancient paintings, and she said modern paints, often based on titanium dioxide, had a much tougher job staying attached to the materials used in modern buildings. She explains that the substrate is so different, and the paint and the binder used in modern paints for painting say our garages and our houses, is fundamentally different. This contrasts with rock art where the paint can become a part of the rock on which it is painted. Over time, through an oxidation process and a range of other geological processes, it was stabilised on the rock surface.

The exact age of Australian rock art is still the subject of investigation. The oldest reliably dated rock art is a 28,000-year-old charcoal drawing from Arnhem Land. But there is a lot of art work from hand stencils in north Queensland, animal sketches in the Kimberley, and rock carvings in the Pilbara, that are suspected to be 40,000 or even 50,000 years old. Dr Gleadow is leading the Kimberley rock art dating project, a multidisciplinary team trying to answer what has turned out to be quite a difficult problem to solve. By using a range of techniques, they have come up with some dates for the Kimberley's Gwion Gwion art and even older animal paintings.

Through his team's dating work in the Kimberley, Dr Gleadow noted that all the oldest images appeared to have something in common. He explains that the older styles of the rock art, the ones that are mostly reddish coloured to mulberry-purplish coloured, sometimes almost black, these are mostly made of iron oxides in various forms, and these are extremely durable. The iron oxides have actually penetrated into the pore spaces, the little gaps between the grains of sand that make up the sandstone that these rock faces are made of.