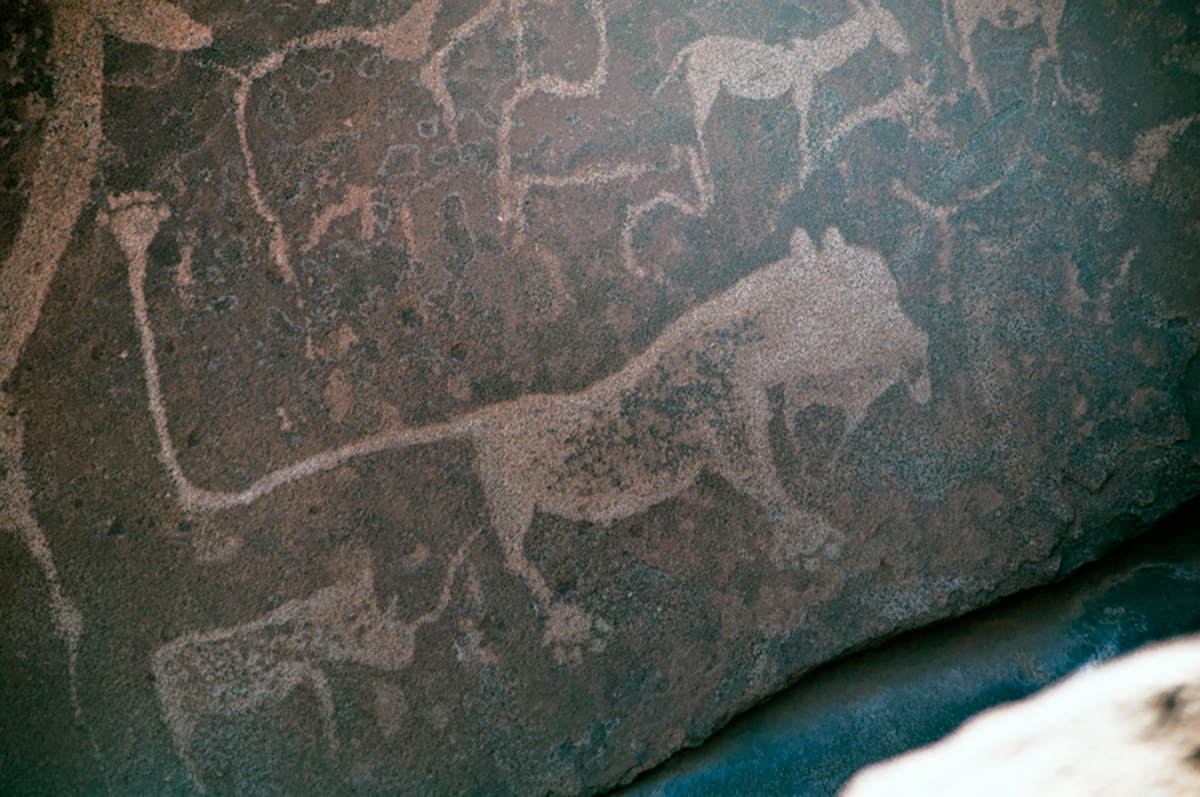 Petroglyphs of animals at Twyfelfontein

The rock art at Twyfelfontein was probably produced during the dry season, and around 5,000 years ago when the climate was even drier than at present, because the shortage of water and food forced people to congregate near the spring. This then became a time of intense ritual activity.

Rituals helped to strengthen the values and cohesion of the group: they were performed during initiation into adulthood, to heal the sick, to ensure successful hunting, and to make rain. 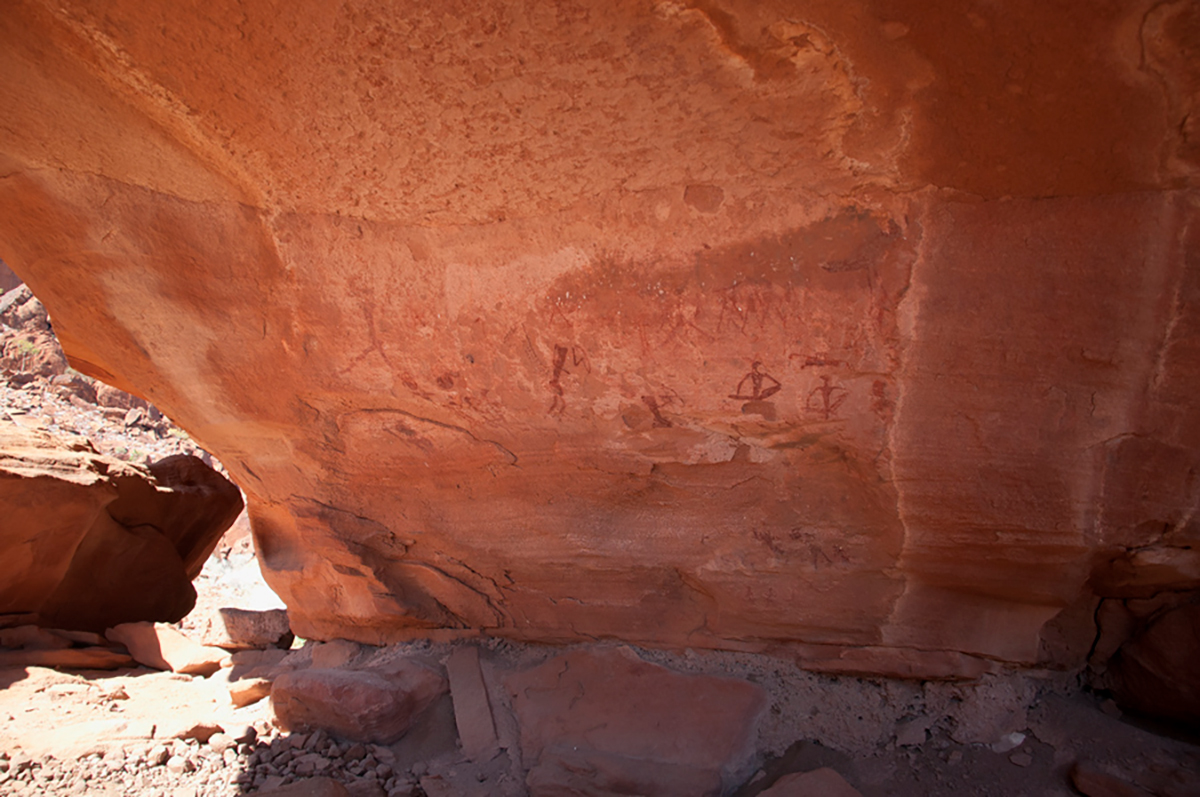 The ritual traditions represented in the rock art of Twyfelfontein saw their greatest flowering during the last 5,000 years; a period of increasing aridity during which hunter-gatherer communities developed and perfected a wide range of economic survival strategies. 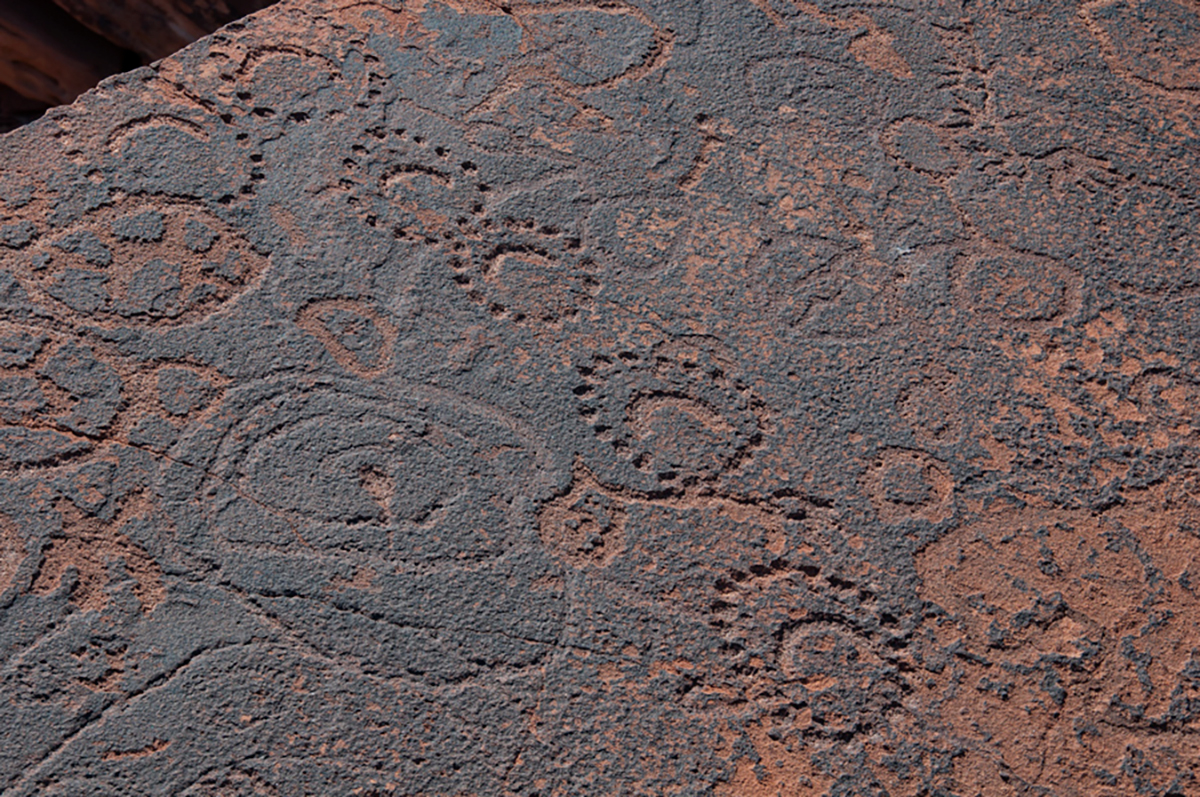 Researchers believe the rock art of Twyfelfontein was the preserve of the medicine people, or shamans, and had 2 functions: as a means to enter the supernatural world - the spirit world - and to record the shaman's experiences in that world.