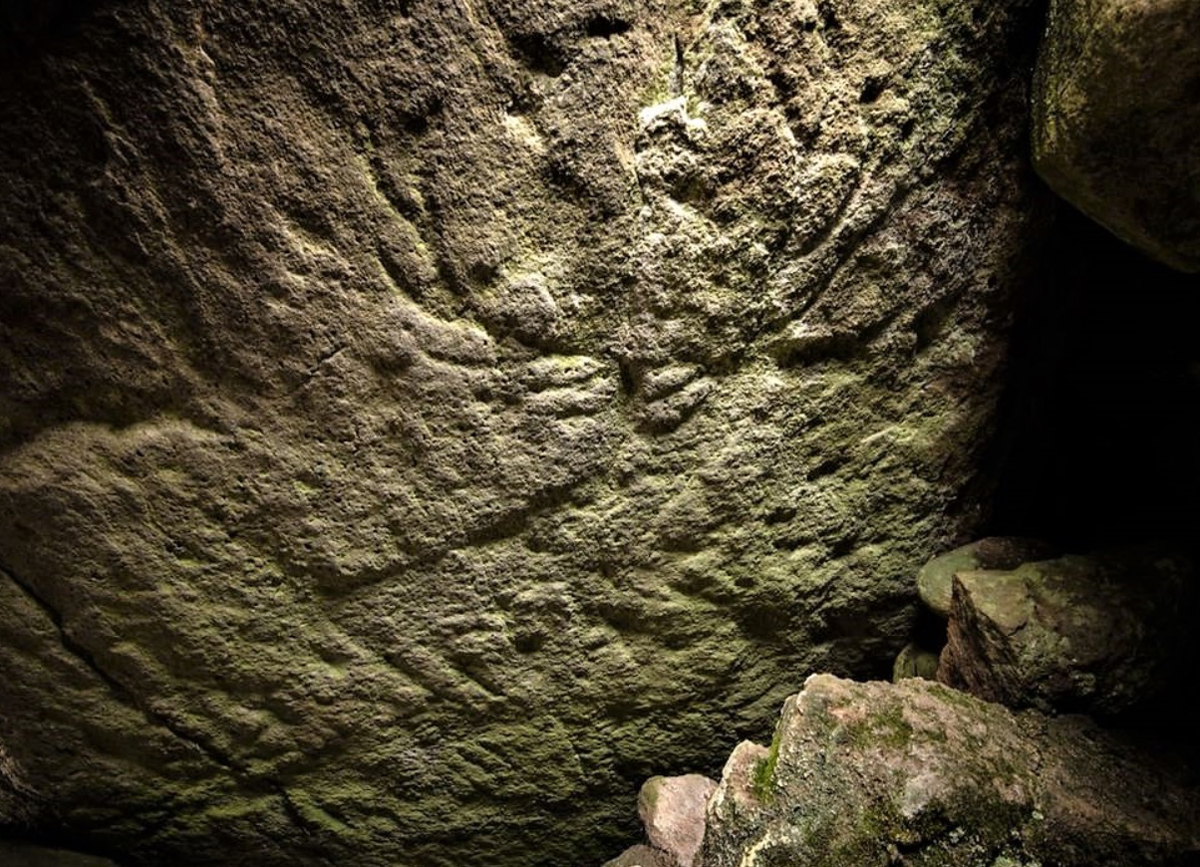 A deer head and antlers can be seen in this image. Image: Historic Environment Scotland

Historic Environment Scotland (HES) said the carvings - thought to be between 4,000 and 5,000 years old - were discovered inside Dunchraigaig Cairn in Kilmartin Glen, Argyll. They are thought to date to the Neolithic or Early Bronze Age, and include images of deer. Hamish Fenton, who has an archaeology background, found them by chance. Kilmartin Glen is viewed as one of the most important concentration of Neolithic and Bronze Age remains in mainland Scotland. 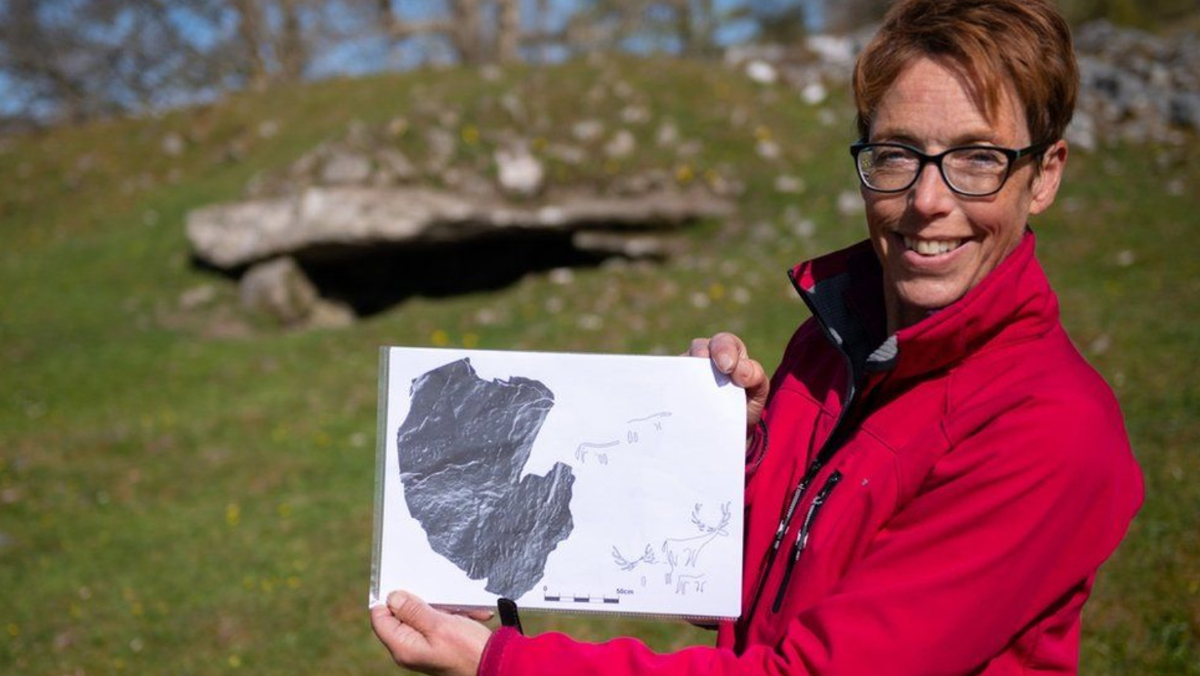 Valuable as sources of meat, hides, and with bones and antlers used for a variety of tools, HES said deer would have been very important to local communities at the time. Dr Tertia Barnett, principal investigator for Scotland's Rock Art Project at HES, explains that "It was previously thought that prehistoric animal carvings of this date didn't exist in Scotland, although they are known in parts of Europe. So it is very exciting that they have now been discovered here for the first time in the historic Kilmartin Glen. This extremely rare discovery completely changes the assumption that prehistoric rock art in Britain was mainly geometric and non-figurative." 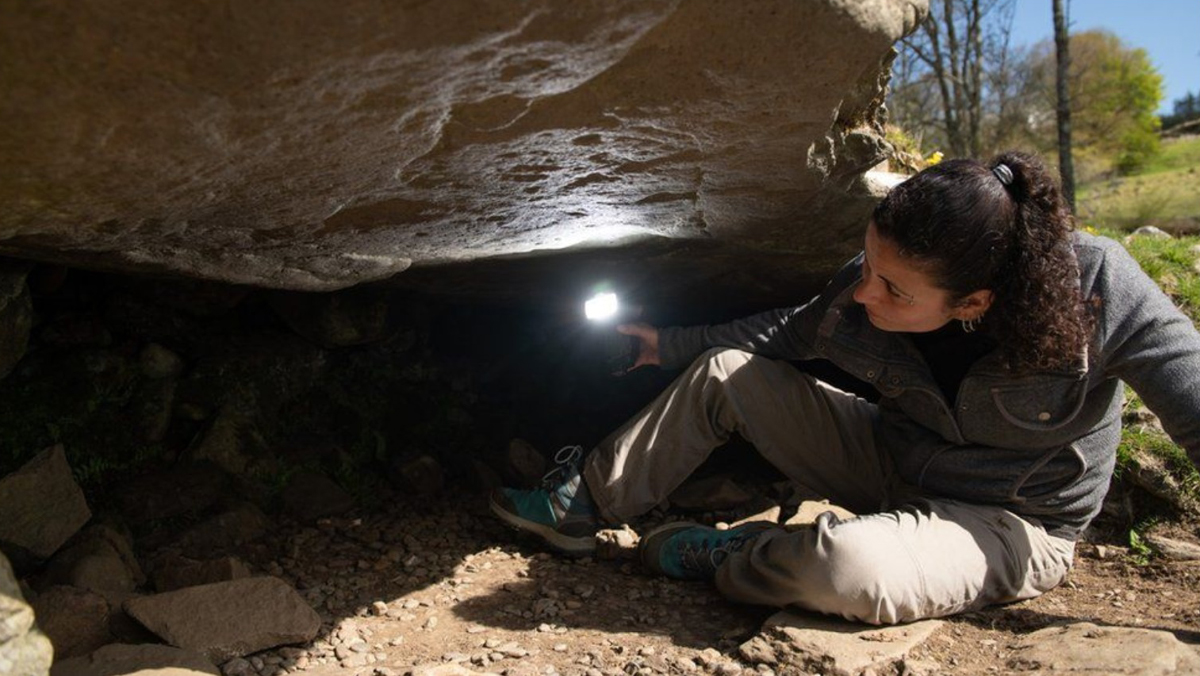 Dr Barnett said there were a few other prehistoric carvings of deer in the UK, but the only others created in the Early Bronze Age were "very schematic". "It is remarkable that these carvings in Dunchraigaig Cairn show such great anatomical detail and there is no doubt about which animal species they represent."

Mr Fenton said he had been passing the cairn at dusk when he noticed the burial chamber in the side of the cairn and decided to slide inside with a torch. "As I shone the torch around, I noticed a pattern on the underside of the roof slab which didn't appear to be natural markings in the rock. As I shone the light around further, I could see that I was looking at a deer stag upside down, and as I continued looking around, more animals appeared on the rock."

The cairn is currently closed while HES carries out further evaluation and puts measures in place to protect the carvings.