An article on theguardian/Agence France-Presse - Bark to the future: ice age puppies may reveal canine evolution - reports on the studies on dogs discovered perfectly preserved in the Yakutia region in Russia five years ago. They may provide clues about when dogs were domesticated. 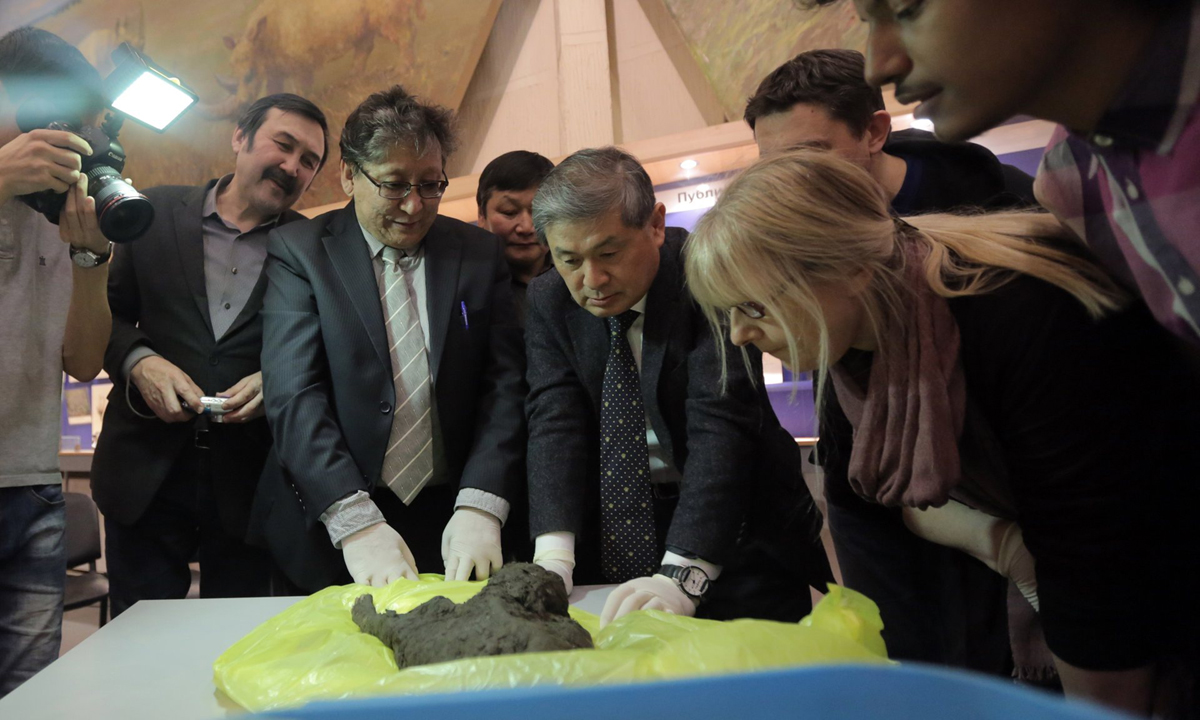 Hunters searching for mammoth tusks in 2011 were drawn to the steep riverbank by a deposit of ancient bones in the permafrost; the nose of an Ice Age puppy was evident. Five years later, a pair of puppies perfectly preserved in Russia's far north-east region of Yakutia and dating back 12,460 years has caught the attention of scientists across the world.

Sergei Fyodorov, head of exhibitions at the Mammoth Museum of the North-Eastern Federal University in the regional capital of Yakutsk states that such a discovery - a carnivorous mammal intact with skin, fur and internal organs - is unique, and will contribute to the scientific debate over the origin of domesticated dogs.

Both three-month- old puppies, almost certainly from the same litter, were discovered near each other at a site near the village of Tumat in the remote Arctic tundra, about 2,900 miles from Moscow and 80 miles from the Laptev Sea, which borders the Arctic Ocean.

Fyodorov stated that a preliminary look at the mammoth remains also found at the site suggested some had been butchered and burned, hinting at the presence of humans. It remains to be seen, however, whether the puppies were domesticated or wild. The answer can only be determined by reconstructing their genomes, which would take at least a year.

According to evolutionary biologist Greger Larson, University of Oxford, the lineages of wolves that likely gave rise to dogs have not yet been discovered and it's possible that these puppies could be on that lineage: when and where dogs became the first domesticated animals.

Humans and dogs formed an allegiance before the Neolithic, but were they domesticated in one place or in several places independently? Did the process start when humans took in cubs or when wolves gradually drifted to human sites in search of food?

The preserved brain will be compared with that of modern dogs and wolves. Parasites found on its body will be analysed, as will the contents of its stomach, despite the difficulties of reaching laboratory conditions. However, as the permafrost of Russia reveals more and more evidence from the Ice Age, this process is being advanced.