Stephen Oppenheimer's 'Journey of Mankind' Genetic Map illustrates the 2008 Nobel Conference 'Who Were the First Humans?'. The Nobel Conference XLIV, orchestrated by Chuck Niederriter, Professor of Physics and Director of the Nobel Conference at Gustavus Adolphus College, St. Peter, Minnesota, USA, took place on the 7th and 8th of October, 2008. 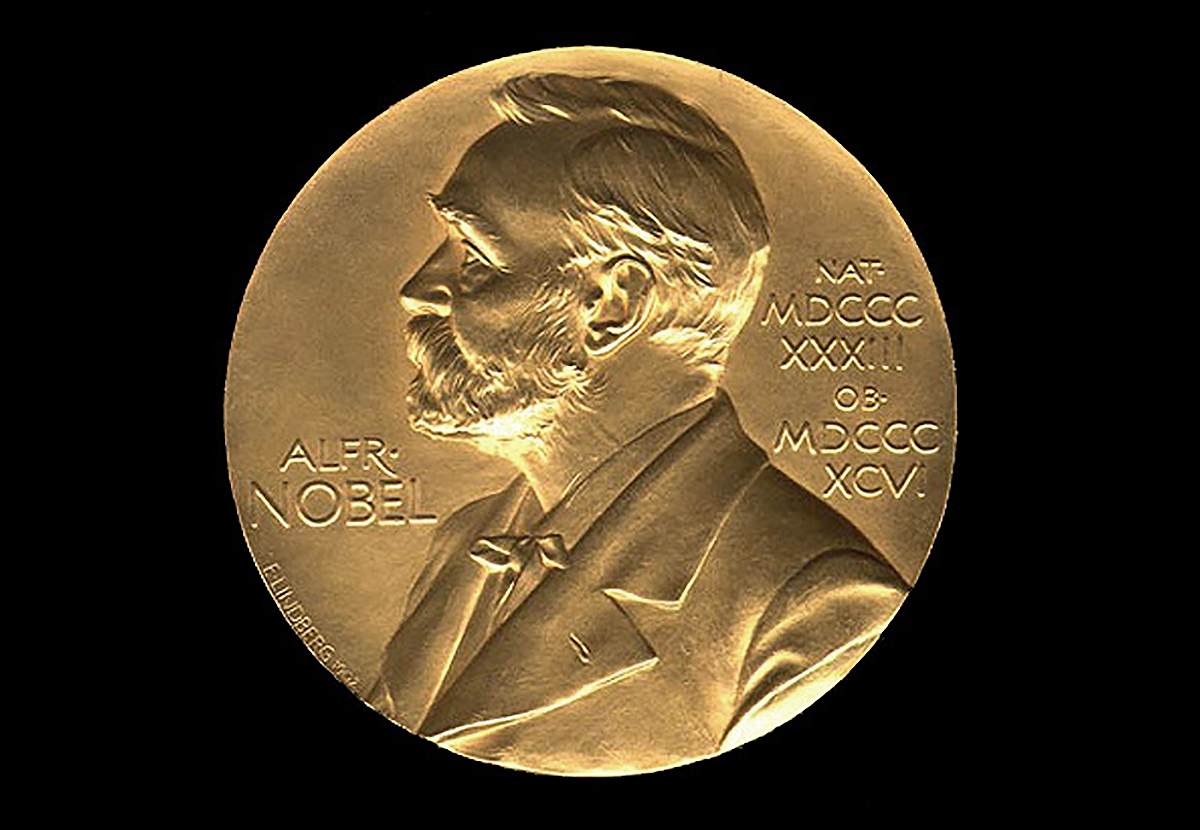 Timothy Robinson, Chair of the Nobel Conference 2008, states that 'Study of the first humans, where they came from and how they lived, has long been the sphere of knowledge attributed almost exclusively to archaeologists and paleoanthropologists. During the last couple of decades, however, biologists, climatologists, geneticists, mathematicians, and psychologists, among others, have been adding to the scientific database. Using new techniques and state-of-the-art technologies, they have both aided the painstaking work of extracting skeletal remains and artifacts from ancient sites around the world and bolstered the physical findings.

'Together, these scientists have produced a host of exciting, far-reaching discoveries. While they are still debating the exact relationships among the species of hominids, the genus from which modern humans arose, they are getting closer and closer to finding the very first of our kind with research that is rewriting our history and informing us in dramatic ways.

'Through study of mitochondrial DNA and Y chromosomes, for example, molecular biologists and geneticists have traced the birth of modern humans to Africa around 200,000 years ago. They created art and musical instruments, buried their dead, learned to make tools, invented languages, and ventured out. From Africa, they headed to Asia, Europe, and across the seas to the Americas.

'For tens of thousands of years, our forebears coexisted with Neanderthals, who, it turns out, were "wired" with the same language gene. While the Neanderthals headed for extinction in the forests, however, scientists recently found humans headed for the beach. Our ancient ancestors discovered the "basket" of food along Africa's coastlines and expanded their hunting and gathering skills from woolly mammoths and berries to seals and shellfish at least 167,000 years ago. Learning to harvest marine resources, in fact, just may have enabled them to survive the last ice age, as well as make it to the Americas. Perhaps the most thought provoking "find" is how the research has been consistently showing that for all our physical and genetic differences, we are more alike than anyone imagined, and the implications of that are nothing less than profound.'

The first ongoing educational conference in the United States to have the official authorization of the Nobel Foundation in Stockholm, Sweden, the Nobel Conference at Gustavus Adolphus College, St. Peter, Minnesota, links a general audience with the world's foremost scholars and researchers in conversations centered on contemporary issues related to the natural and social sciences.

Each fall since the 1960's, Gustavus has hosted the Nobel Conference which has a twofold vision: to bring cutting-edge science issues to the attention of an audience of students and interested adults; and to engage the panelists and the audience in a discussion of the moral and societal impact of these issues. The topic for the conference is always based in science and we endeavor to bring world-class speakers to campus for this two-day event. At least sixty Nobel laureates have served as speakers, five of whom were awarded the prize after speaking at our conference, attesting to the timeliness of the conference. True to the second part of our mission, these conferences have also asked questions like: What does it mean? What good is it? Could it be potentially harmful? In some cases, the questions of impact on society are very obvious, as at the 2007 conference whose theme was title was 'Heating Up: The Energy Debate.' Even though the audience can be quite large 5,000 or more, there are a number of opportunities for the audience to interact with the speakers, including the question and answer period following each of the talks.

Gustavus Adolphus College was founded by Swedish immigrants in 1862. Throughout its history, it has continued to honor its Swedish heritage and its commitment to excellence in education. As the College prepared to build a new science hall in the early 1960s, College officials asked the Nobel Foundation for permission to name the building the Alfred Nobel Hall of Science as a memorial to the great Swedish inventor and philanthropist. Permission was granted, and the facility's dedication ceremony in 1963 included officials from the Nobel Foundation as well as 26 Nobel laureates.

Following the 1963 Nobel Prize ceremonies in Stockholm, College representatives met with Nobel Foundation officials, asking them to endorse an annual science conference at the College and to allow use of the Nobel name to establish credibility and high standards. At the urging of several prominent Nobel laureates, the foundation granted the request., and the first conference was held at the College in January 1965.