An article on ScienceDaily sourced from the University of Toronto - New origins for farmed rice discovered - reports on recent research which suggests that rice farming is a far older practice than thought. The oldest evidence of domesticated rice has been found in China, estimated to be about 9,000 years old. 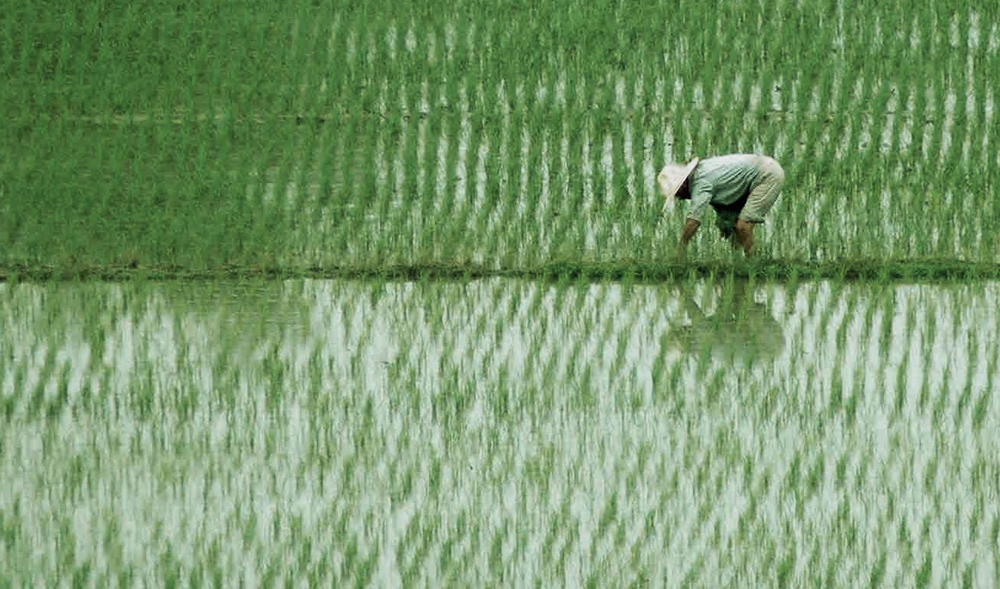 The oldest evidence of domesticated rice - roughly 9,000 years old - has been discovered in China

The discovery, made by a team of archaeologists that includes University of Toronto Mississauga professor Gary Crawford, sheds new light on the origins of rice domestication and on the history of human agricultural practices.

Crawford, an anthropological archaeologist who studies the relationships between people and plants in prehistory, states that this research on rice, from a wild plant to one of most important grains in the world's economy, provides another clue about how humans became farmers.

Working with three researchers from the Provincial Institute of Cultural Relics and Archaeology in Zhejiang Province, China, Crawford found the ancient domesticated rice fragments in a probable ditch in the lower Yangtze valley. They observed that about 30 per cent of the rice plant material - primarily bases, husks and leaf epidermis - were not wild, but showed signs of being purposely cultivated to produce rice plants that were durable and suitable for human consumption.

This suggests that the domestication of rice has been going on for much longer than originally thought. The rice plant remains also had characteristics of japonica rice, the short grain rice used in sushi that today is cultivated in Japan and Korea, which clarifies the lineage of this specific rice crop. It confirms for the first time that it grew in this region of China. The team also unearthed artifacts such as sophisticated pottery and stone tools, as well as animal bones, charcoal and other plant seeds.