Humans Hunting with Dogs: research into the relationship between Sapiens and wolves, the development of hunting techniques, and the effect on Neanderthals. 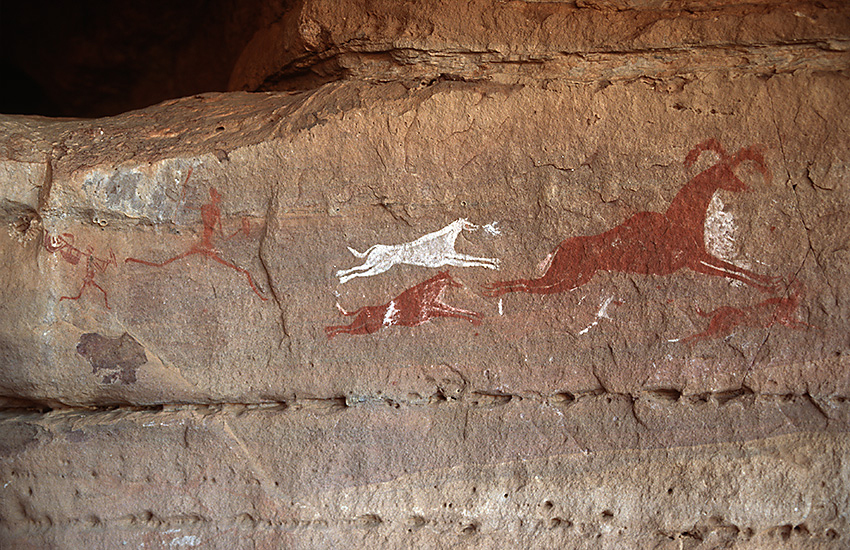 An article on Mailonline by Dan Bloom - Always a man's best friend: Dogs bred from wolves helped humans take over from Neanderthal rivals in Europe 40,000 years ago - looks at the symbiotic relationship between Homo sapiens - humans - and Canis lupus - wolves - and the significance this may have had over the demise of the Neanderthals.

According to the research of anthropologist Pat Shipman of Pennsylvania State University, this symbiotic relationship developed as wolves herded and trapped prey which were then killed by humans. The meat was then shared. She believes that this 'superior' hunting technique was not one adopted by Neanderthals.

Dr Shipman believes this relationship began some 40,000 years ago, much earlier than the putative view of 10,000 years ago, which contributed significantly to the success of Sapiens at the expense of Neanderthals.

The research, which provides the material for her publication 'The Invaders: How Humans and Their Dogs Drove Neanderthals to Extinction', is based on early dog remains. She examined 33,000-year-old fossils of dogs found in Siberia and Belgium, and looked at how the shapes of their jaws and skulls were different from wild wolves. Although there were similarities, the signs of domestication included shorter snouts, densely-packed teeth and wider jaws.

Editor's Note:
Clearly more archaeological research and evidence is required to clarify the timing of this undisputed relationship. Moreover, the demise of the Neanderthal was not due to any one factor. Finally, despite the fine image from the Tadrart Acacus in Libya (which is not 40,000 years old, more like 12,000) the distinct lack of canine depictions in the rock art of Upper Palaeolithic Europe does not flatter this hypothesis.

Read more:
Read more about the current theories regarding the Neanderthals