An article by Jonathan Hilburg on archpaper.com - Studio Libeskind reveals Ngaren, museum of human history in Kenya - reports on Studio Libeskind's new design for a monument to humanity to be located near Nairobi in Kenya.

Approaching the main entrance to Ngaren: The Museum of Humankind. Courtesy Studio Libeskind

Studio Libeskind has revealed its design for a monument to humanity to be located near Nairobi in Kenya. Ngaren: The Museum of Humankind, commissioned by paleoanthropologist Dr. Richard Leakey, will present over two million years of human history in a building inspired by the forms of ancient hand axes and other primitive tools. Leakey explained that "Ngaren is not just another museum, but a call to action - as we peer back through the fossil record, through layer upon layer of long extinct species, many of which thrived far longer that the human species is ever likely to do, we are reminded of our mortality as a species." 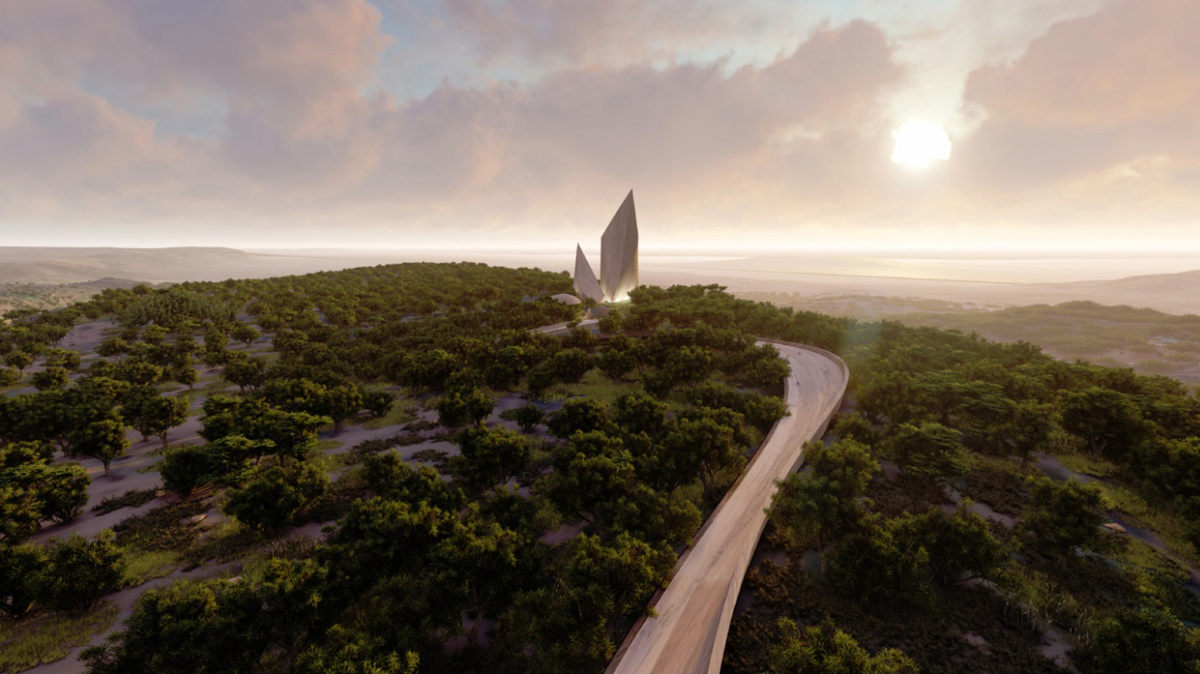 Ngaren will sit overlooking the Great Rift Valley, the 3,700-mile-long trench that cuts across several African countries; the Kenyan site is where Leakey first discovered the nearly complete skeleton of Turkana Boy in 1984. The fossilized remains, dating back 1.5-to-1.6 million years, is the most complete early human skeleton ever uncovered.

Studio Libeskind explains the overall design of Ngaren reflects the primordial feel of the content within. Once inside, visitors will be able to engage with multimedia exhibition galleries that will explore millions of years of history, as well as the impact of war, climate change, disease, evolution, biodiversity, and other factors that have shaped our species.