An article on theguardian.com - Scientists discover Neanderthal skeleton that hints at flower burial - reports on fossils found in an Iraqi cave suggesting that Neanderthals may have buried their dead with mortuary rituals. 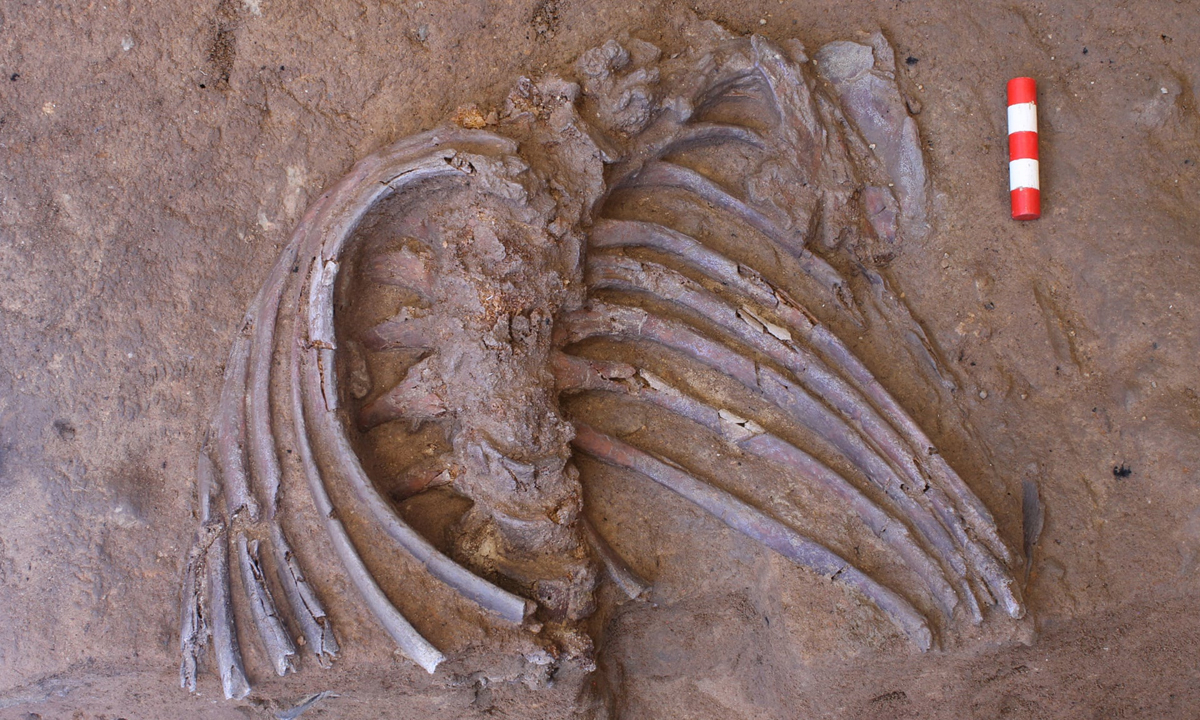 The remains, consisting of a crushed but complete skull, upper thorax and both hands, were recently unearthed at the Shanidar Cave site 500 miles north of Baghdad. Photograph: Graeme Barker/University of Cambridge/PA

A Neanderthal skeleton unearthed in an Iraqi cave, already famous for fossils of these cousins of our species, is providing fresh evidence that they buried their dead – and intriguing clues that flowers may have been used in such rituals.

Scientists said they had discovered the well-preserved upper body skeleton of an adult Neanderthal, who lived about 70,000 years ago, in Shanidar Cave in the semi-autonomous Kurdistan region of northern Iraq on Tuesday. The individual – dubbed Shanidar Z – was perhaps in his or her 40s or 50s with their sex undetermined. 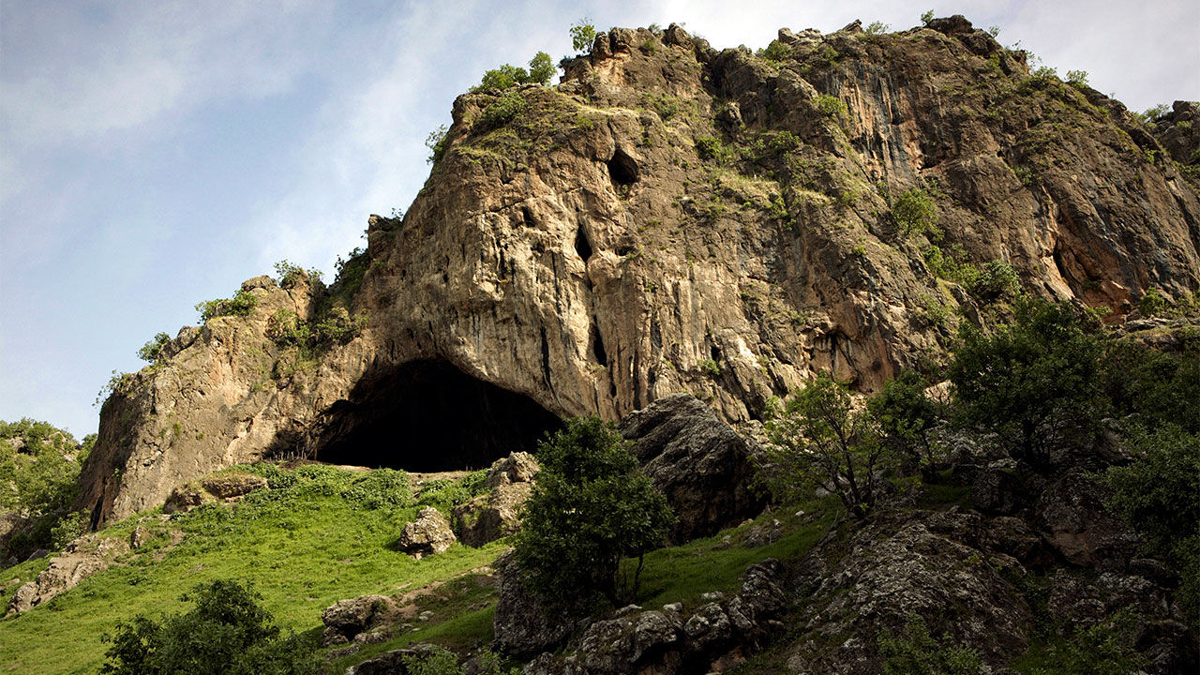 Shanidar Cave in the semi-autonomous Kurdistan region of northern Iraq

Shanidar Cave was a pivotal site for mid-20th century archaeology. Remains of 10 Neanderthals – seven adults and three infants – were dug up there 60 years ago, offering insight into their physical characteristics, behaviour and diet.

Clusters of flower pollen were found in soil samples associated with one of the skeletons. This discovery prompted scientists involved to propose that Neanderthals buried their dead and conducted funerary rites with flowers. However, critics cast doubt on the “flower burial,” arguing the pollen could have been modern contamination from people living in the cave or from rodents or insects.

Conversely, Shanidar Z’s bones, which are believed to be the top half of a partial skeleton unearthed in 1960, were found in sediment containing ancient pollen and other mineralised plant remains, reviving the possibility of flower burials. 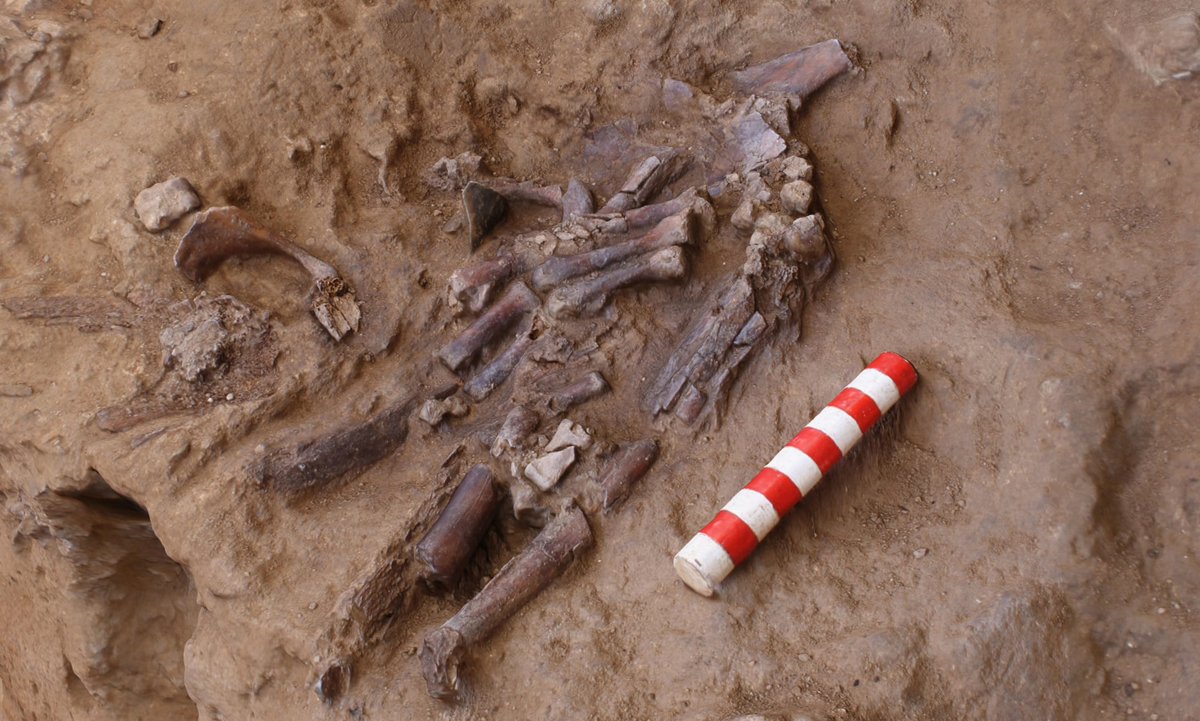 Shanidar Z’s bones are believed to be the top half of a partial skeleton unearthed in 1960. Photograph: Graeme Barker/University of Cambridge/PA

“So from initially being a sceptic based on many of the other published critiques of the flower-burial evidence, I am coming round to think this scenario is much more plausible and I am excited to see the full results of our new analyses,” said University of Cambridge osteologist and paleoanthropologist Emma Pomeroy, lead author of the research published in the journal Antiquity.

Scholars have argued for years about whether Neanderthals buried their dead with mortuary rituals, part of the larger debate over their levels of cognitive sophistication.

“What is key here is the intentionality behind the burial. You might bury a body for purely practical reasons, in order to avoid attracting dangerous scavengers and/or to reduce the smell. But when this goes beyond practical elements it is important because that indicates more complex, symbolic and abstract thinking, compassion and care for the dead, and perhaps feelings of mourning and loss,” Pomeroy said.

“Whether the Neanderthal group of dead, placed around 70,000 years ago in the cave were a few years, a few decades or centuries – or even millennia – apart, it seems clear that Shanidar was a special place, with bodies being placed just in one part of a large cave,” said University of Cambridge archeologist and study co-author Graeme Barker.

Neanderthals inhabited Eurasia from the Atlantic coast to the Ural Mountains from about 400,000 years ago until a little after 40,000 years ago, disappearing after our species established itself in the region.

Editor's Note: Or evidence of the use of herbal remedies?