An article on bbc.co.uk by Paul Rincon, Science editor for the BBC News website - Stonehenge: DNA reveals origin of builders - reports on new research which reveals the ancestors of the people who built Stonehenge travelled west across the Mediterranean before reaching Britain. 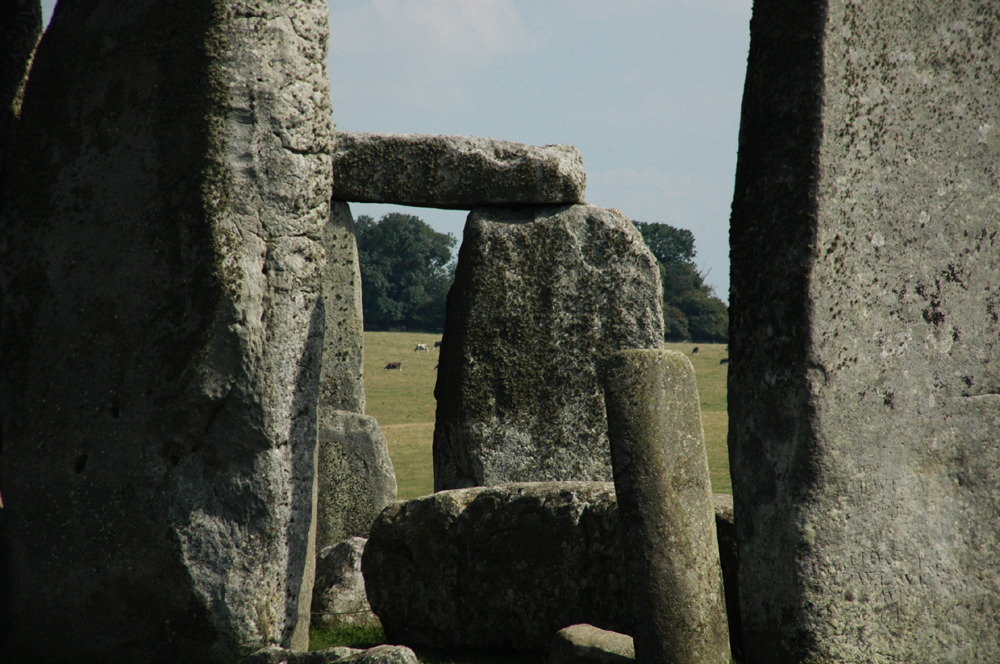 Researchers in London compared DNA extracted from Neolithic human remains found in Britain with that of people alive at the same time in Europe. The Neolithic inhabitants appear to have travelled from Anatolia (modern Turkey) to Iberia before eventually heading north, reaching Britain in about 4,000BC. The migration to Britain was just one part of a general, massive expansion of people out of Anatolia in 6,000BC that introduced farming to Europe. Before that, Europe was populated by small, travelling groups of hunter-gatherers. One group followed the river Danube up into Central Europe, but another group travelled west across the Mediterranean. DNA reveals that Neolithic Britons were largely descended from groups who took the Mediterranean route, either hugging the coast or hopping from island-to-island on boats.

A reconstruction of Cheddar Man (left). As with other Mesolithic hunter-gatherers, DNA results suggest he had dark skin and blue or green eyes. Image: Channel 4/Plimsoll Productions. A facial reconstruction of Whitehawk Woman (right), a 5,600-year-old Neolithic woman from Sussex. The reconstruction is on show at the Royal Pavilion & Museum in Brighton

The DNA research revealed that the early British farmers most closely resembled Neolithic people from Iberia (modern Spain and Portugal), who in turn had originated beyond the Mediterranean. From Iberia the groups travelled north through France and then entered Britain initially from the west, through Wales or south-west England. In addition to farming, the Neolithic migrants to Britain appear to have introduced the tradition of building monuments using large stones - megaliths - as demonstrated with Stonehenge in Wiltshire.

Britain was already occupied by hunter-gatherers but the DNA suggests that little mixing took place. Co-author Dr Tom Booth, a specialist in ancient DNA from the Natural History Museum in London, explains that there is no detectable evidence at all for the existing British hunter-gatherer ancestry in the Neolithic farmers after they arrive, probably because their population sizes were too small to have left any kind of genetic legacy.

Co-author Professor Mark Thomas, from UCL, describes the situation where the Neolithic farmers had probably had to adapt their practices to different climatic conditions as they moved across Europe, so by the time they reached Britain they were already "tooled up" and well-prepared for growing crops in a north-west European climate.

The study also analysed DNA from these British hunter-gatherers. One of the skeletons analysed was that of Cheddar Man, whose skeletal remains have been dated to 7,100BC.

He was the subject of a reconstruction unveiled at the Natural History Museum last year. DNA suggests that, like most other European hunter-gatherers of the time, he had dark skin combined with blue eyes. Conversely, genetic analysis shows that the Neolithic farmers were paler-skinned with brown eyes and black or dark-brown hair, as shown above.

Towards the end of the Neolithic, in about 2,450BC, the descendents of the first farmers were themselves almost entirely replaced when a new population - called the Bell Beaker people - migrated from mainland Europe - Britain saw two extreme genetic shifts in the space of a few thousand years.

Read more on Stonehenge:
Stonehenge: The age of the megaliths