An article by Antonio Ratti on nationalgeographic.co.uk - Shamans, sun gods, warriors: Thousands of Bronze Age petroglyphs mark this ancient site - reports on the 3,500-year-old rock art in Kazakhstan’s Tamgaly gorge which provides clues about the society that created it. 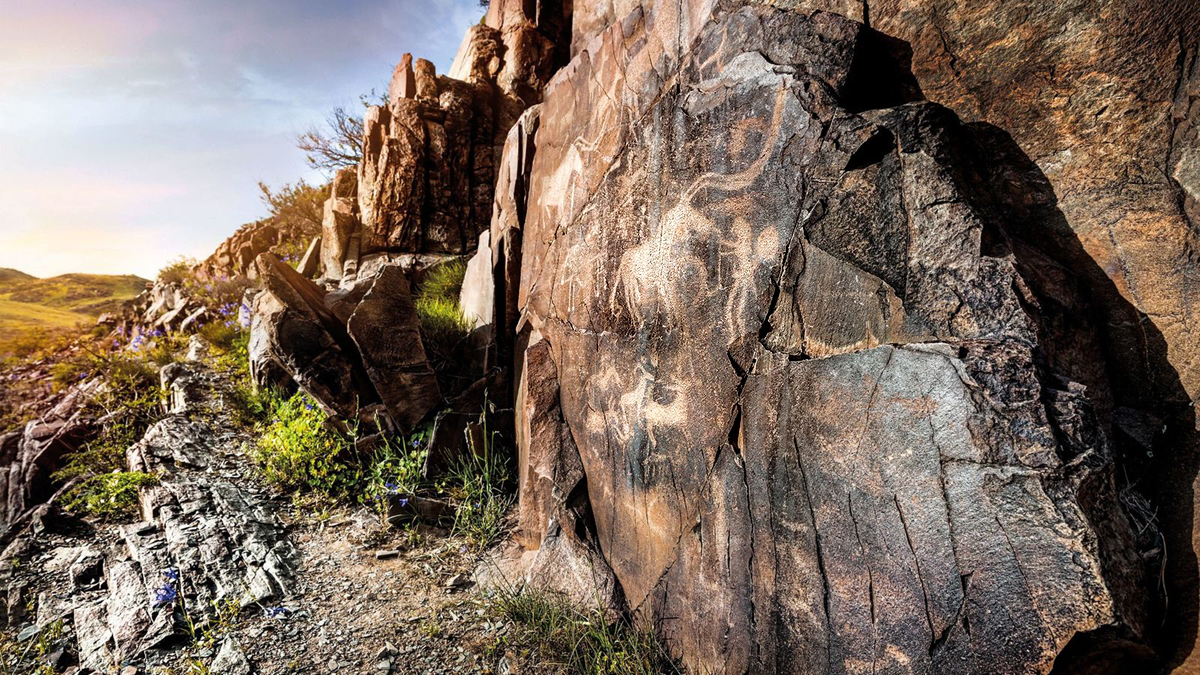 The long horns of a horse dominate a Tamgaly petroglyph that dates to the Bronze Age. The distinctive features are typical of Kazakh rock art from this period. PHOTOGRAPH BY MARINA PISSAROVA/ALAMY/ACI

The grassland steppes stretch away to the horizon in the far south of Kazakhstan. In a landscape blasted with summer heat and winter cold, the shelter and shade of the Tamgaly gorge, about 100 miles northwest of the former Kazakh capital, Almaty, has been a special place for people for millennia. They have left their mark in the form of 5,000 vivid rock carvings, the earliest of which date from the middle of the Bronze Age, 3,500 years ago.

Some of these carvings are hidden, while others’ placement ensures maximum visibility. The petroglyphs stand out in pale contrast to the dark rock revealing myriad drawings: sun deities with rays shining from their heads, warriors on horses, dancing shamans, and herds of animals. 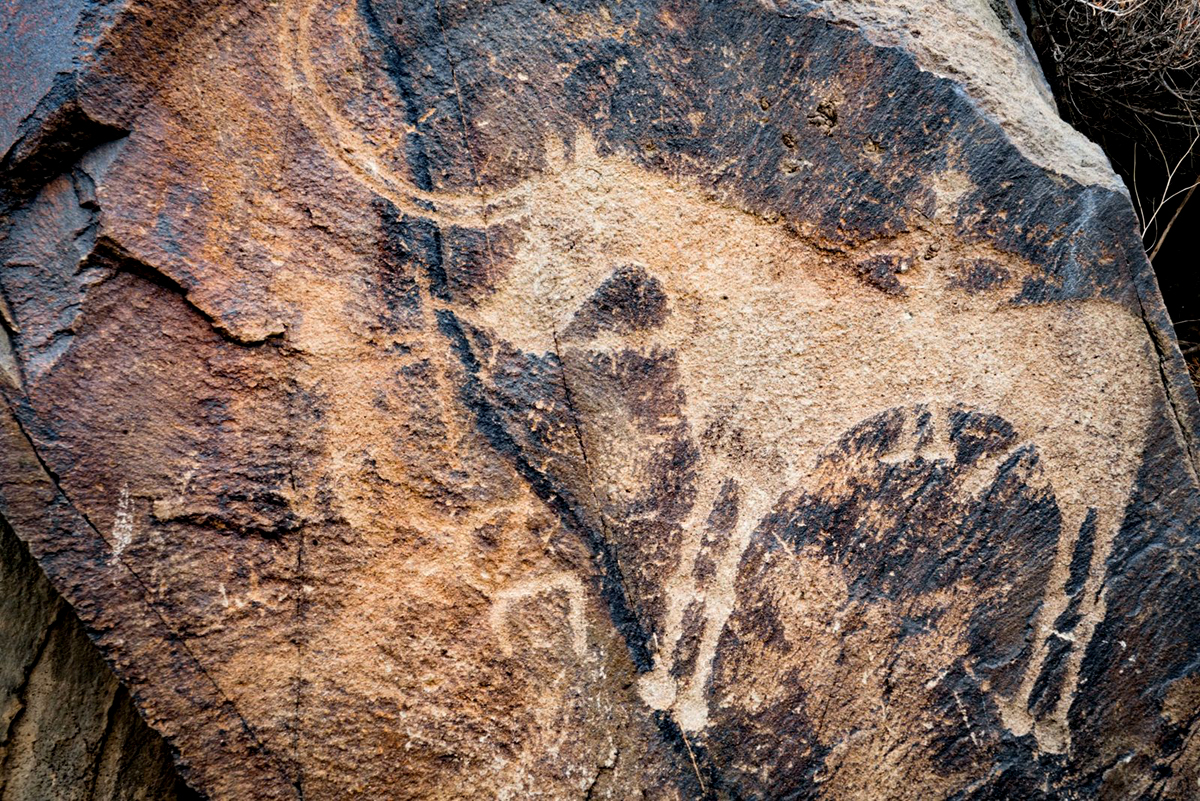 Archers encircle a horned horse. The Bronze Age artists at Tamgaly distinguished horses from bulls by depicting the former with upright ears. PHOTOGRAPH BY TOM TILL/ALAMY/ACI

All tell of the different peoples that lived here: Their subjects chart the changes felt through the region from the Bronze Age through the Iron Age to the medieval period, and even much later: Twentieth-century Kazakh shepherds have also left their mark, recording the recent conquerers of the region with depictions of Soviet-era vehicles.

The Tamgaly gorge is one of several sites in Kazakhstan noted for petroglyphs. The name Tamgaly in Kazakh means “marked” or “painted place,” and — as the evidence of 20th-century carvings by shepherds attests — Tamgaly’s rock art was clearly known by Kazakhs for many centuries.

In 1957 a Soviet team of archaeologists, led by Anna Maksimova, began exploring and documenting the artwork in the area. They started the complex task of sorting the thousands of engravings into groups. Hers and subsequent investigations—most recently those undertaken by Alexey Rogozhinsky in the early 2000s— have dated the forms, analysing them to discern what such figures meant to the people who created them.

Maksimova’s studies confirmed that Tamgaly had been inhabited, almost without interruption, since circa 1500 B.C., a period of the Middle Bronze Age. Lowering water tables in the steppes had attracted more settlement across the region during this period, and the lush pastures around Tamgaly drew herding communities. Since Maksimova’s first survey of the site, more Bronze Age settlements and several funeral complexes have been uncovered.

Over millennia, earthquakes had split Tamgaly’s sandstone rocks and created flat, smooth surfaces. At some stage, Bronze Age peoples first began to etch petroglyphs into the soft, smooth rock using sharp stones or metal instruments to create pictures in the dark patina on the rock faces.

click here to read the National Geographic article in full