An article by Javier Pes on news.artnet.com - Experts Discover a Trove of 15,000-Year-Old Animal Carvings in a Spanish Cave - reports on the discovery of prehistoric carvings in a cave in northern Spain.

Experts have discovered a cave full of prehistoric carvings in northern Spain. Among the hundreds of rock carvings, some believed to be 15,000 years old, are vivid depictions of animals - horses, deer and bulls - as well as abstract symbols. Unlike the famous prehistoric paintings at Altamira in northern Spain, the recently discovered cave art in Catalonia is carved directly into the soft surface of the rock. 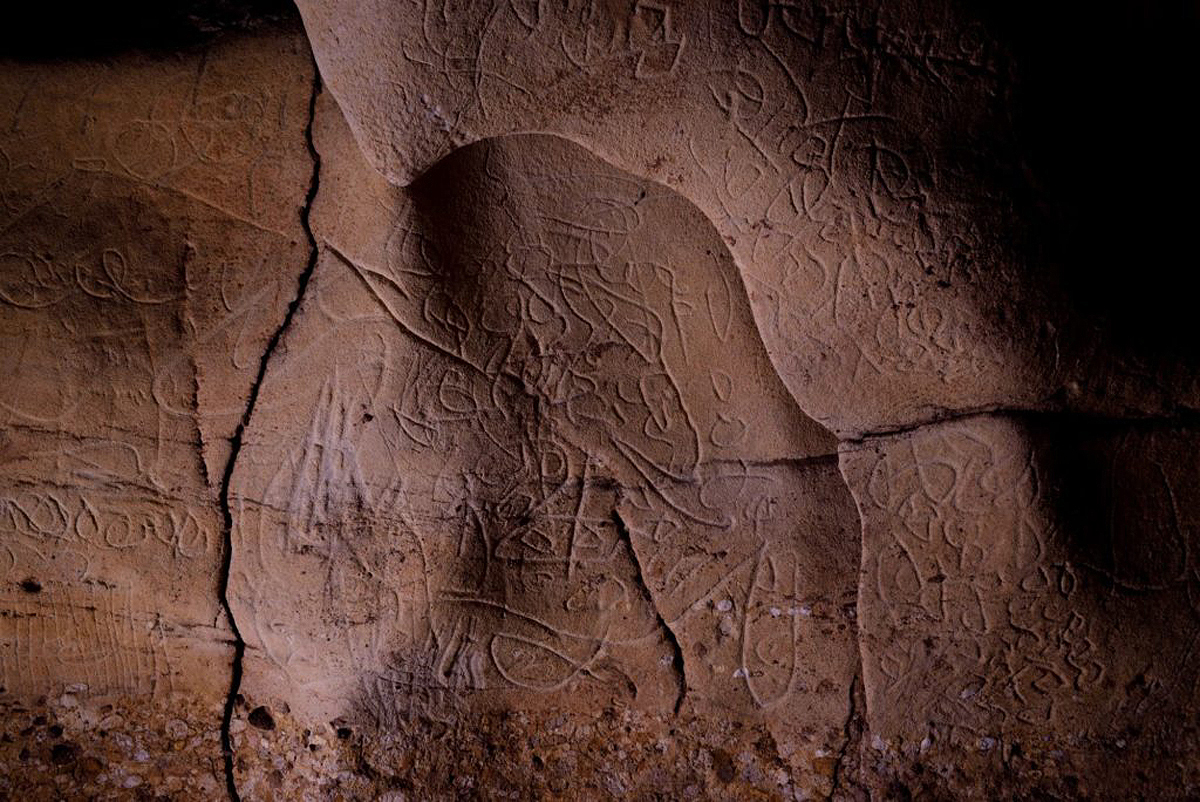 A team of archaeologists discovered the richly decorated cave at the end of October, although their discoveries have only just been announced. Josep Maria Vergès, who led the team from IPHES (the Catalan Institute of Human Palaeoecology and Social Evolution) described the find as “exceptional” in a statement, and compared the cave to a “shrine.”

The cave art is now being recorded and studied using 3D scanning technology. The engravings were created on a layer of soft sand deposited on the cave’s surface in an area that is difficult to access. The artworks are extremely fragile and can be damaged if touched. Experts are now studying the best way to preserve the remarkable finds. 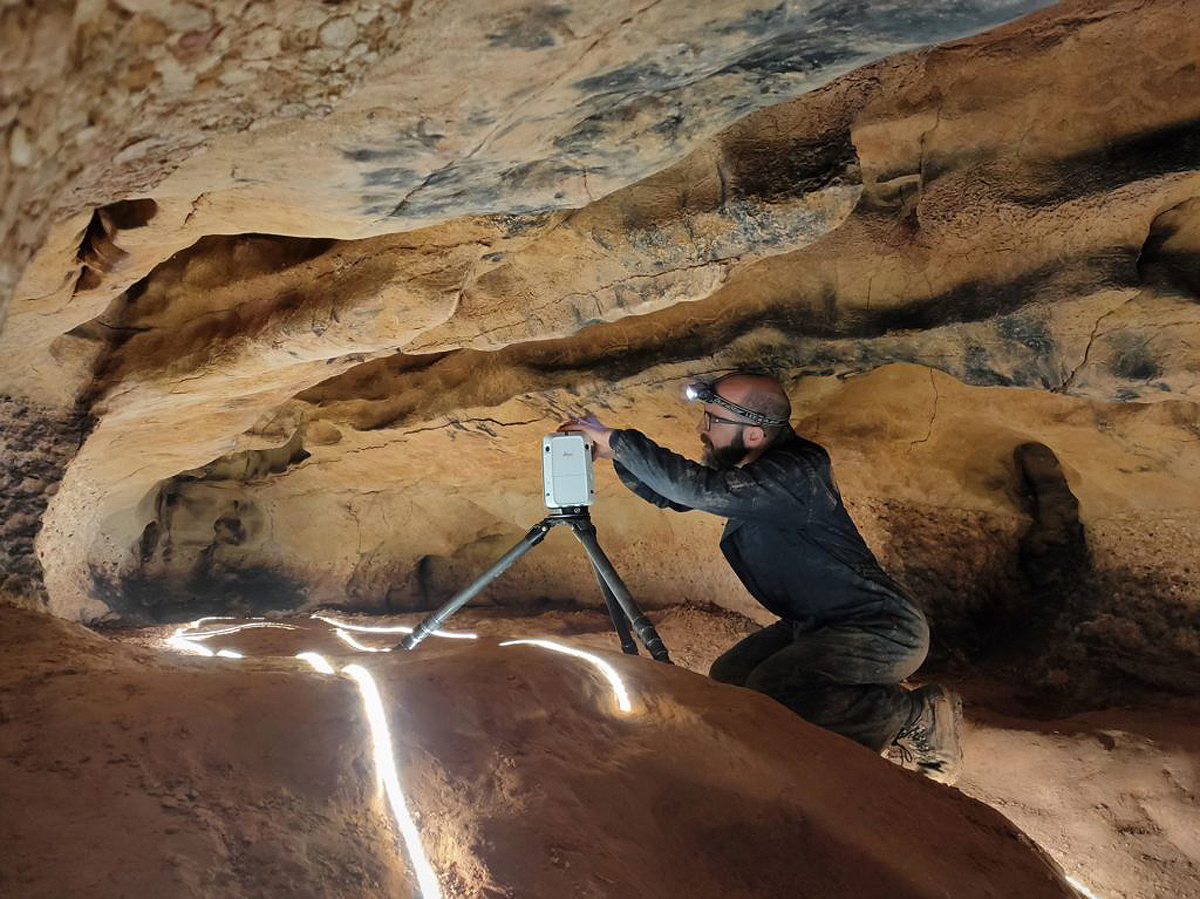 An archaeologist makes a 3D scan of the prehistoric cave art at Font Major. Photo courtesy of IPHES.

The oldest art in the cave is believed to date back to the Late Stone Age, or Upper Paleolithic period. The earliest cave paintings at Altamira date from the same period, although they are around 20,000 years older.

Researchers uncovered the art within a nearly two-mile-long complex of caverns about 60 miles from Barcelona called the Cave of Font Major, which was first discovered in 1853. Parts of this cave complex, one of Europe’s largest, are open as a subterranean museum, although the specific stretch containing these carvings is closed to the public.