An article by Bård Amundsen on sciencenorway.no - Bronze age art hunters: Three friends crack the code for finding petroglyphs, ancient rock carvings - reports on the discovery of rock carvings found in Østfold county, the landscape with the most petroglyphs in Norway. The key word is ocean. 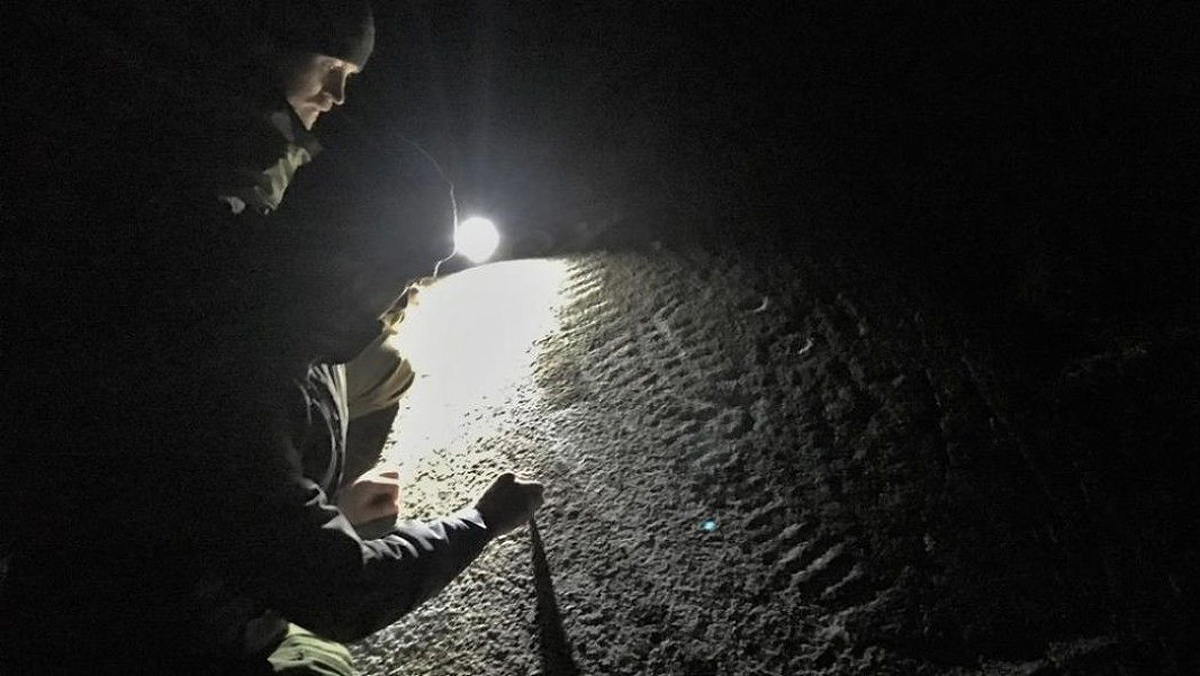 In late March, three friends hunting for petroglyphs made an exciting discovery. The majestic ship pictured was hidden in the Norwegian municipality of Råde for 3000 years. All that was required to bring it to light was to sweep away a bit of soil. Rock carvings are easiest to find in the dark. (Photo: Lars Ole Klavestad)

Their hunt takes place at night. Once a week.

“We find new rock carvings almost every time we head out,” says Magnus Tangen. Tangen is an archaeologist by training and works at The Norwegian Museum of Cultural History in Oslo. The search for new rock carvings in Østfold is a hobby he does in his free time with his friends Lars Ole Klavestad and Tormod Fjeld. Fjeld is a graphic designer by day, and Tangen describes him as the most skilled explorer of the three. Klavestad is a landscape architect and artist. Their recreational activities have already contributed to our knowledge about the people who lived in Norway in the Bronze Age 3000 years ago.

What they’ve found could also mean that we have to change our perception of what the carvings are showing us. How did they break the code?

The three petroglyph hobbyists have combined the pursuit of ancient rock art with what many professionals believe may have led to a revolution in researching rock carvings. The technique is called photogrammetry. It involves taking a variety of images from all angles and putting them together into 3D models. Computer programs can then show us aspects of the rock carvings we would otherwise never discover.

Ships are among the most common motifs of Norwegian Bronze Age rock carvings. The ones depicted were believed to be on their way to the realm of death. Today we know that the Bronze Age was a maritime culture where people in Norway actually had real ships like these that could travel long distances.

Artists had their own expressive styles

“We now have stronger empirical evidence to claim that certain individuals or groups of people were responsible for carving several of the sites,” Tangen says. “We can differentiate local forms of expression from each other, because with the help of the 3D models we can see that the artists had their own style,” he says.

“The richness of detail we can get in the new pictures means that we can also tell which pictures at a petroglyph site were carved first and which ones were carved later. We can see how people came back and carved new figures on top of the old ones. This is really exciting,” Tangen says. He admits that he and his buddies are pretty hooked on rock carvings.

All it took was a smart hypothesis and a few brooms. Together, the three friends – Magnus Tangen, Tormod Fjeld and Lars Ole Klavestad – have discovered hundreds of previously unknown rock carving sites in the Østfold landscape in the last 3-4 years.

How they cracked the code

How did the three friends manage to break the petroglyph code? After all, the three of them have found more new rock carvings in Norway than anyone else has managed to do before them. And they’re continuing to find still more. Tangen reveals the secret: “The key word is ocean.”

“We started with the idea that the sea level in Østfold county in the Bronze Age – about 3000 years ago – must have been about 15-20 metres higher than it is today. We took a map, followed the contour lines in the landscape and saw where the coastline must have been at that time. That’s how we discovered that the Østfold landscape must have been full of fjords and bays that went much further inland than they do now. We also observed that most of the well-known petroglyphs were clearly located in exactly those kinds of places, well above today's sea level,” he says.

Taking the sea level into account, they discovered three more old and previously unknown waterways in Østfold. One example is how the ocean flowed into the Kråkstadfjord and up to the glacial moraine on the south side of the large lake of Vansjø. The friends also hypothesized that most of the petroglyphs created in Østfold in the Bronze Age had been carved by people who belonged to a maritime culture of fisherman-farmers and warriors. People created their art on the smooth rock slopes near coastal waters.

Ocean was important in the Bronze Age

The hypothesis of the three friends fell into place and piqued their interest all the more. They contacted several landowners in places with sites they wanted to investigate, and most gave them permission. The petroglyph hunters have restricted themselves to sweeping rocks to remove a bit of soil in search of undiscovered Bronze Age art. That has sufficed to bring these art treasures to light. 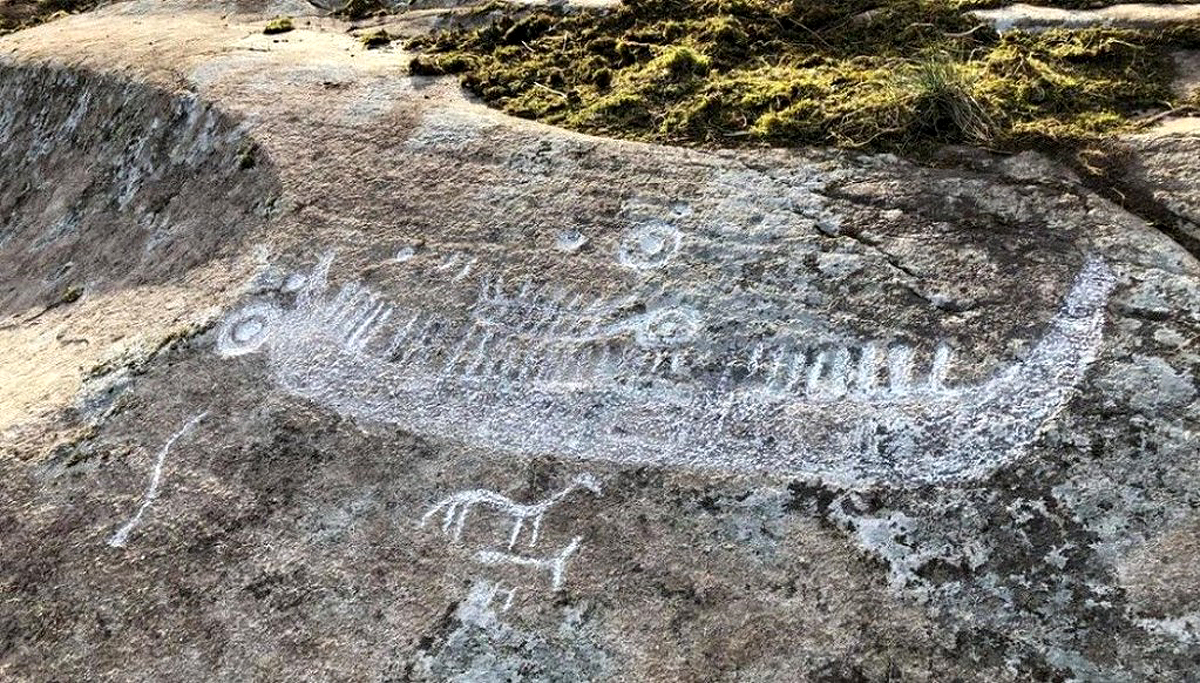 Here is the impressive ship the three found just a couple of weeks ago, enhanced with chalk. In school you might have learned that ships like this were religious in nature. Today, several Bronze Age researchers believe that people in the Nordic countries 3000 years ago may have actually built large ships like this. With a lot of crew and cargo, they could have travelled from southern Norway to Denmark, Germany and England – or maybe even as far as Finnmark in the north and the Mediterranean in the south. (Photo: Lars Ole Klavestad)

For many years, Norwegian petroglyphs from the Bronze Age were called farming carvings. This name seemed obvious a hundred years ago, when lay people and scientists were finding these rock carvings in the agricultural landscape. But today we have a greater understanding of how Norway’s land mass rose after the ice age. We know that the ocean once covered large parts of the lowest-lying parts of the country, especially in regions like Østfold.

The bulk of all rock carvings in Norway from the Bronze Age depict ships and boats. They offer a clear hint that these are pictures that have to do with the sea. “About a thousand sites with rock carvings have been found around the Oslo Fjord. I would argue that 90 per cent of them are linked to the sea, lakes and fjords,” says Tangen. The findings that he, Fjeld and Klavestad have made have increased the number of carving sites in Østfold from 470 five years ago to fully 900 today.

Tangen, Fjeld and Klavestad are hardly the first to look for rock carvings in Østfold. A pioneer in the hunt was school teacher Martin Arnesen from Halden municipality. In 1870, he left a booklet with sketches of numerous discoveries he had made. Arnesen apparently found a total of about 200 petroglyph sites. But several of the pages in his old sketchbook are missing now, and some of the discoveries he made have "disappeared" over the years.

“A lot has been fuzzy about Arnesen's findings. The county council has embarked on a project since 2015, where they’ve tried to revise the information we have from previous research on rock carvings in Østfold,” Tangen says. He, along with the other two, also contributed to this project. Together they managed to rediscover several of the missing rock carvings found by the school teacher in the 19th century. 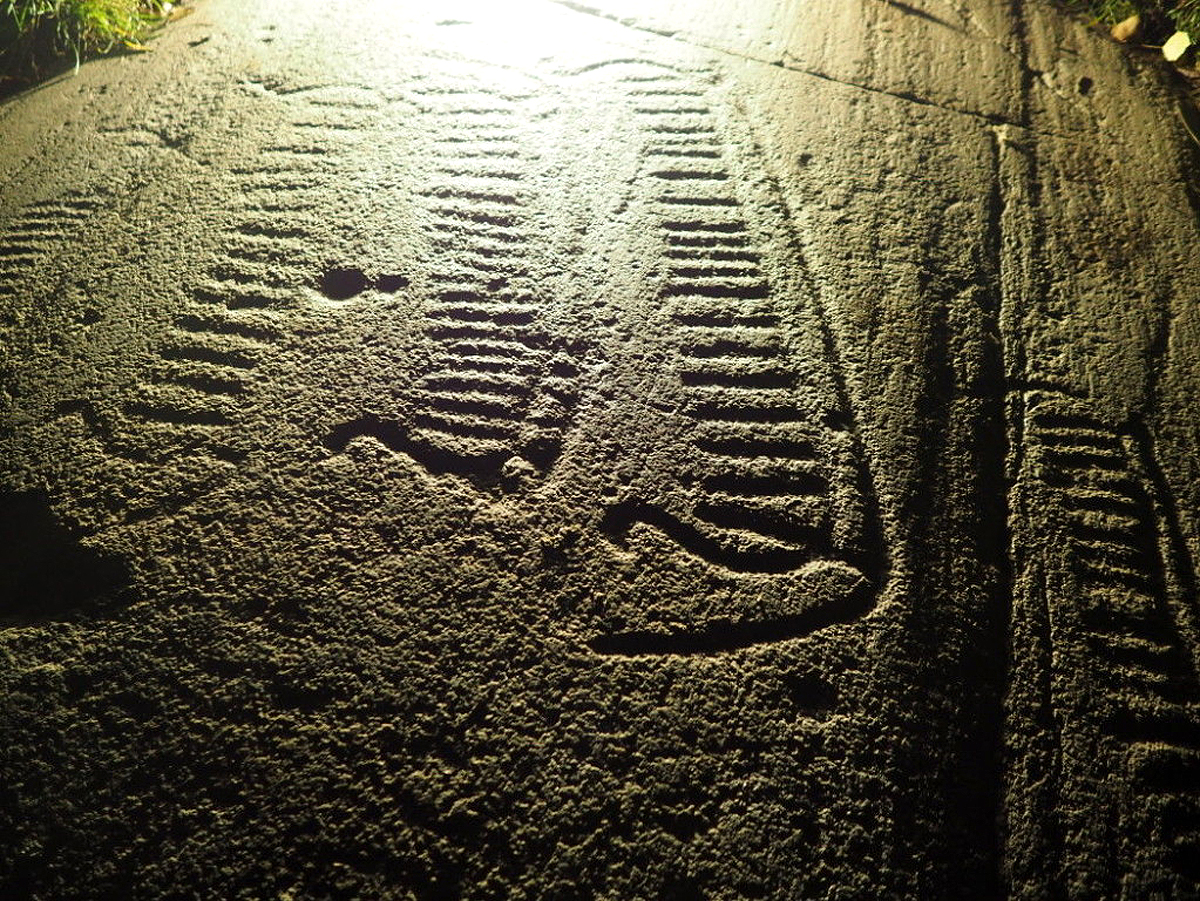 Light and shadow. This is how the ships at a rock art site show up at night. (Photo: Lars Ole Klavestad)

Method can be used other places

Tangen believes that there must be loads of undiscovered rock carvings in other parts of the country as well. Anyone could locate a lot of sites by applying the same method as the three hobbyists have used in the Østfold area. The friends would be happy to test their method elsewhere.

Tangen advises people to find out the local sea level in the Bronze Age, follow the contour lines in the terrain and look for fjords and coves that have worked their way inland. Rock carvings from the Bronze Age are known to exist along the entire coast of Norway, all the way up to Finnmark. Up to now particularly many have been found in the former counties of Telemark, Vest-Agder, Rogaland, Sør-Trøndelag and Nord-Trøndelag. 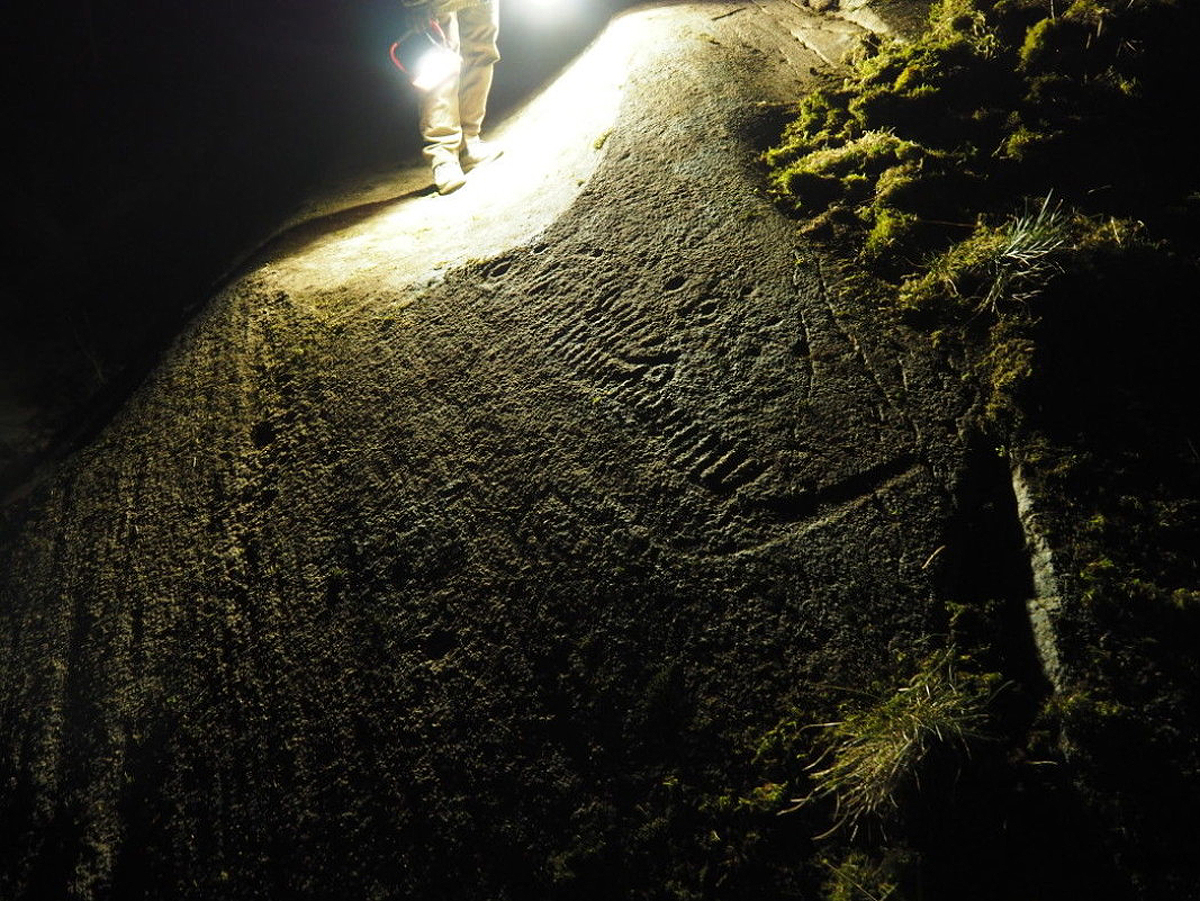 Tangen also has a hypothesis about what the artists of 3000 years ago really wanted to show us with the rock art they carved. “For a long time, it was common practice to paint over carvings here in Scandinavia with red paint. Fortunately, this has stopped because it’s been found that the paint damages the rock. “I don't think the figures were intended to be seen that way,” he says.

Tangen's hypothesis is that the rock carvings were meant to show up especially well at certain times of the day, preferably early in the morning and late at night. When the sun is low in the sky, it creates a very special oblique light on the carvings. “If you see the rock carvings like that, without the red colour, it’s as if the pictures are conjured up by the rock for a few minutes morning and evening. Tangen believes that the carvings are meant to be a kind of shadow image, and he is now working on proving it.

No petroglyphs without sunlight

Water can also play a role in how we see the rock carvings. Several scientists who have studied petroglyphs have noticed that they often were carved in places where water trickles down over them from above. The water even creates the illusion of movement in some places. The individuals who created the art may have also intentionally used this an effect.

If you would like to see 3D models of rock carvings, you can find some at sketchfab.com by searching "Kulturhistorisk museum og bergkunst".

to read the Norwegian version of this article on forskning.no