An article by Malcolm Ritter on phys.org - Tie game: Ancient bit of string shows Neanderthal handiwork - reports on the oldest known direct evidence for string-making, thought to be the work of the Neanderthal. 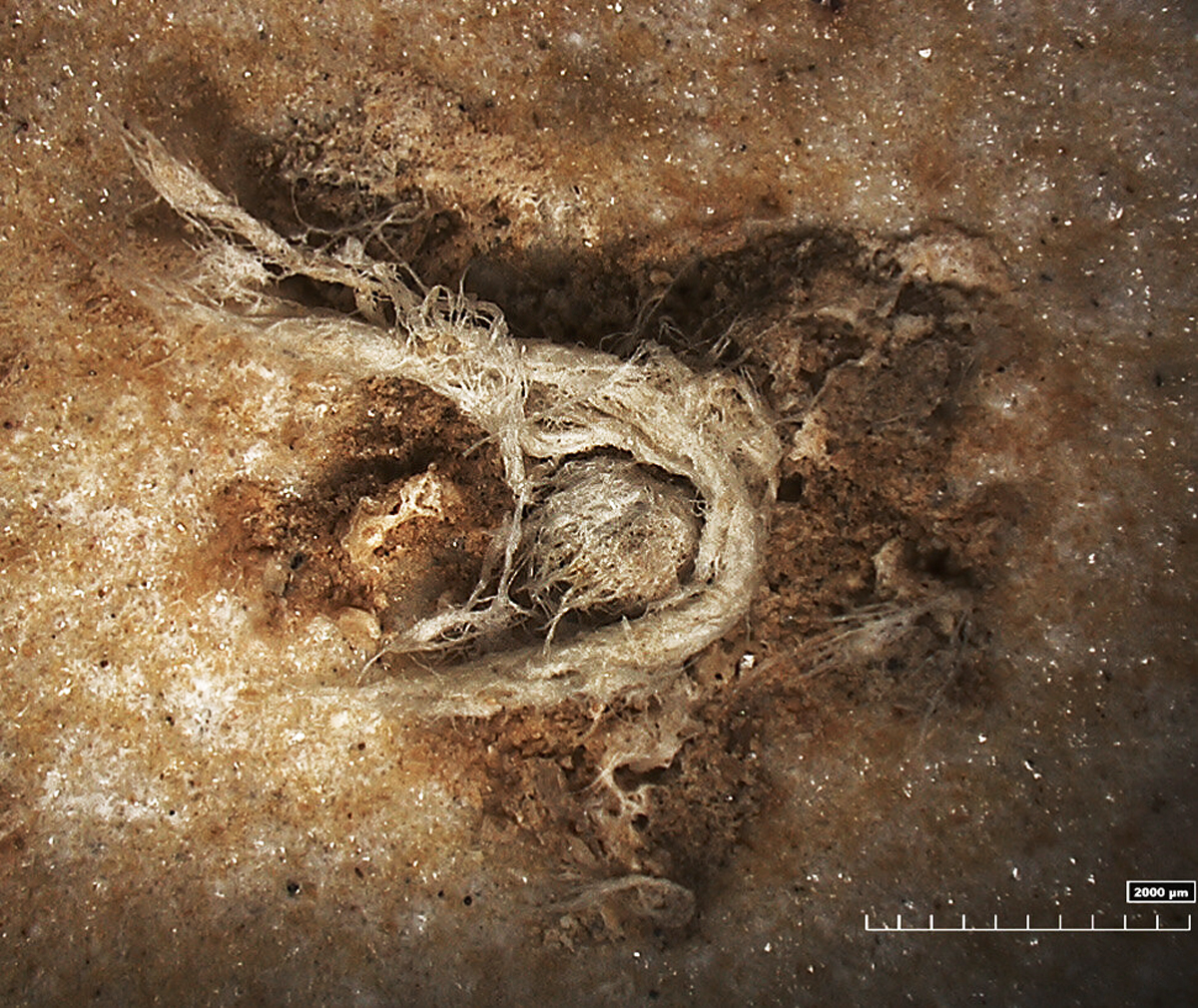 Photograph of the cord fragment taken by digital microscopy (the fragment is approximately 6.2 mm long and 0.5 mm wide). Credit: © C2RMF

It looked like a white splotch on the underside of a Neanderthal stone tool. But a microscope showed it was a bunch of fibers twisted around each other.

Further examination revealed it was the first direct evidence that Neanderthals could make string, and the oldest known direct evidence for string-making overall, researchers say. 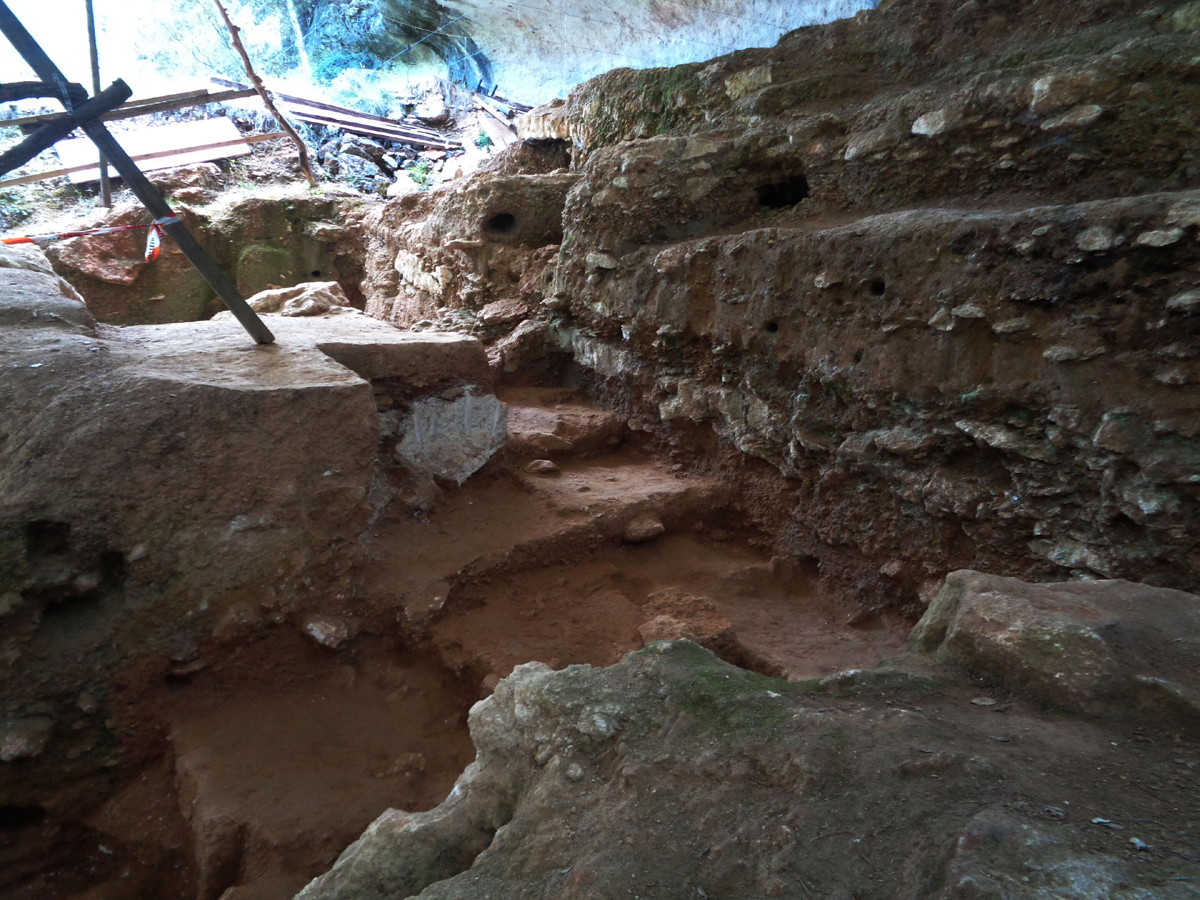 The study team suggests that the find implies our evolutionary cousins had some understanding of numbers and the trees that furnished the raw material.

Bruce Hardy, of Kenyon College in Gambier, Ohio, and colleagues report the discovery in a paper released recently by the journal Scientific Reports. The string hints at the possibility of other abilities, like making bags, mats, nets and fabric.

It came from an archaeological site - Abri du Maras - in the Rhone River valley of southeastern France, and it's about 40,000 to 50,000 years old. Researchers don't know how Neanderthals used the string or even whether it had been originally attached to the stone cutting tool. 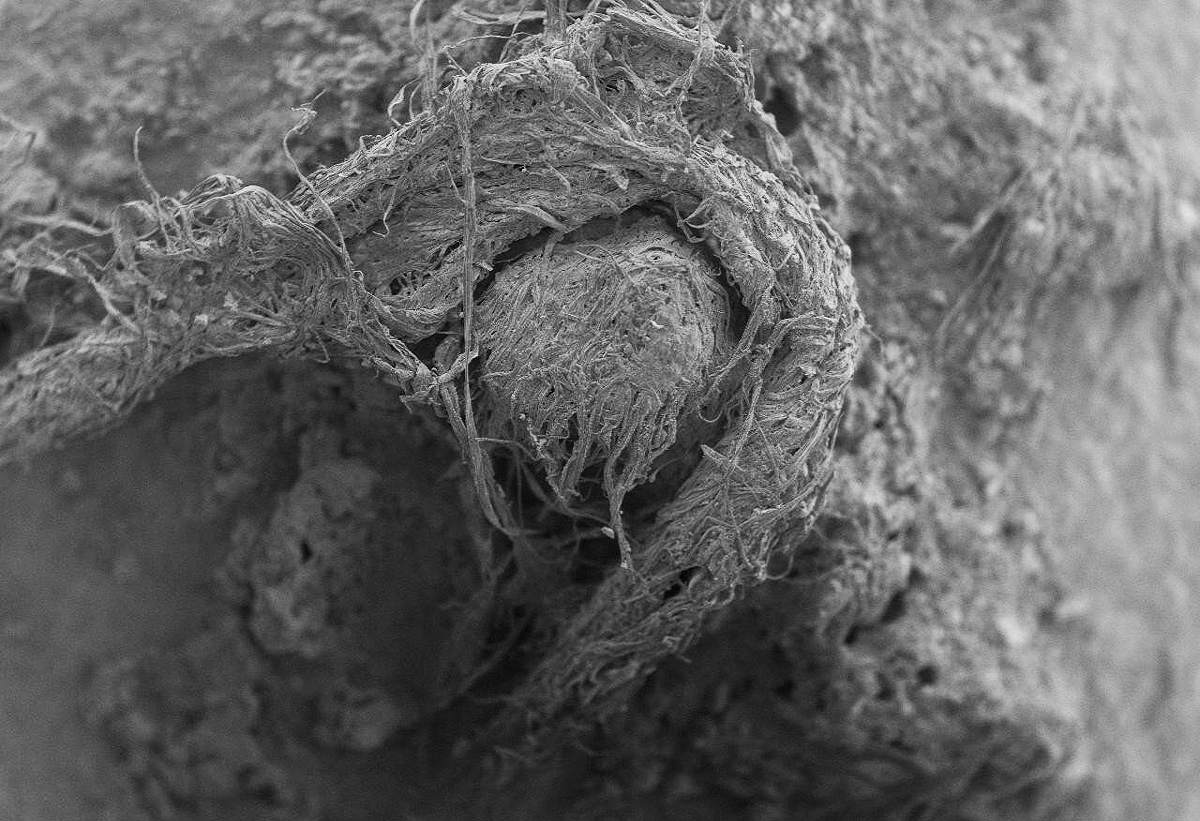 Hardy explains that perhaps the tool happened to fall on top of the string, preserving the quarter-inch (6.2 mm) segment while the rest perished over time. The string is about one-fiftieth of an inch (0.55 mm) wide.

It was made of fiber from the inner bark of trees. Neanderthals twisted three bundles of fibers together counterclockwise, and then twisted these bundles together clockwise to make the string. According to Hardy, that assembly process shows some sense of numbers.

Paola Villa, a Neanderthal expert at the University of Colorado Museum who was not involved in the new study, noted that Hardy had previously found "tantalizing evidence" for string-making by Neanderthals. She believes the new work now shows that directly.