Raiders of the Lost Past with Janina Ramirez on BBC FOUR

For those who missed it, and for those who can, watch it on the BBC iPlayer - a great story, well told.

The Lion Man takes Nina deep into the dark heart of Nazi Germany, where in a remote cave in late August 1939, archaeologist Robert Wetzel came across the 40,000-year-old artwork now known as the Lion Man. 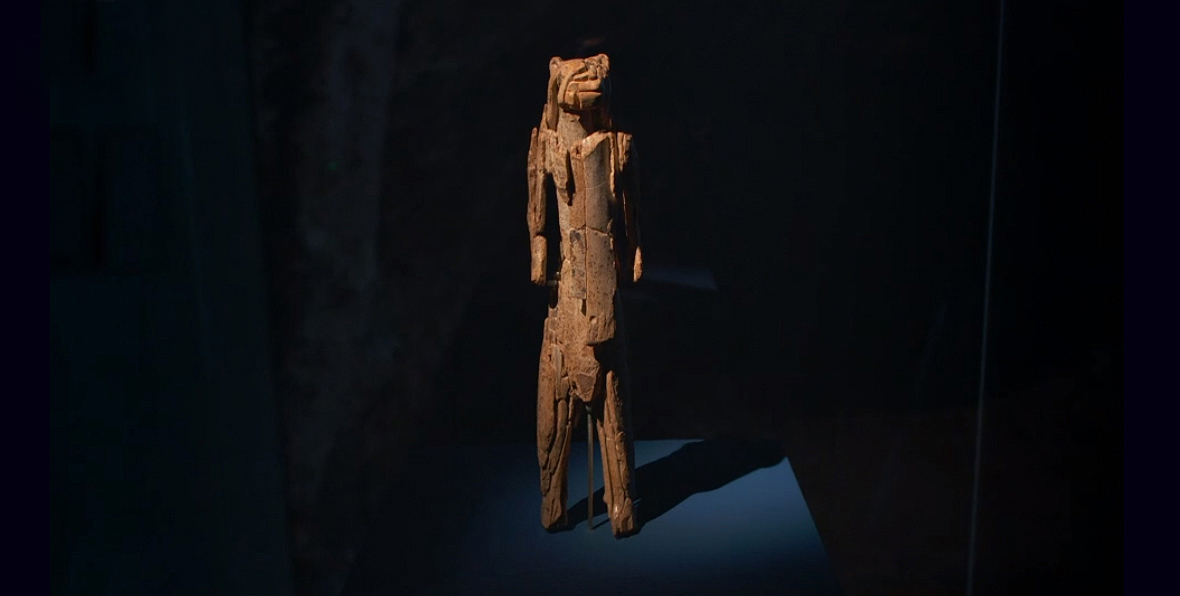 Just a week later, WWII broke out, the excavation came to halt and, in one of the great mysteries of archaeology, Wetzel never mentioned his incredible find again.

As Janina discovers, the Lion Man represents a revolution in the human story. Half-man and half-animal, it is the first artwork created from the human imagination, revealing the very origins of human art, religion and culture.

But, in fact, Janina learns that it is almost a miracle the Lion Man came to light at all, because it was not pulled out of the cave as a single artwork but as hundreds of tiny ivory shards, found in numerous chance discoveries across eight decades.

This incredible tale of exploration takes Janina from caves in southern Germany to Arctic Norway, as she finds out how the Lion Man gave us our first understanding of the birth of civilisation.

She also explores how the artwork gives us a disturbing insight into one of the most troubled periods in our recent history, asking how a pioneering archaeologist like Robert Wetzel could also believe that an ice-age artwork like the Lion Man could support the ideology of Nazi Germany.

Purchase Ice Age Sculptures.
The Art of the Ice Age