An article by Nicholas St. Fleur on nytimes.com - Oldest Known Drawing by Human Hands Discovered in South African Cave - reports on the discovery of a stone flake with nine red lines found in Blombos cave in South Africa. Archaeologists believe it may be the earliest known drawing made by Homo sapiens. 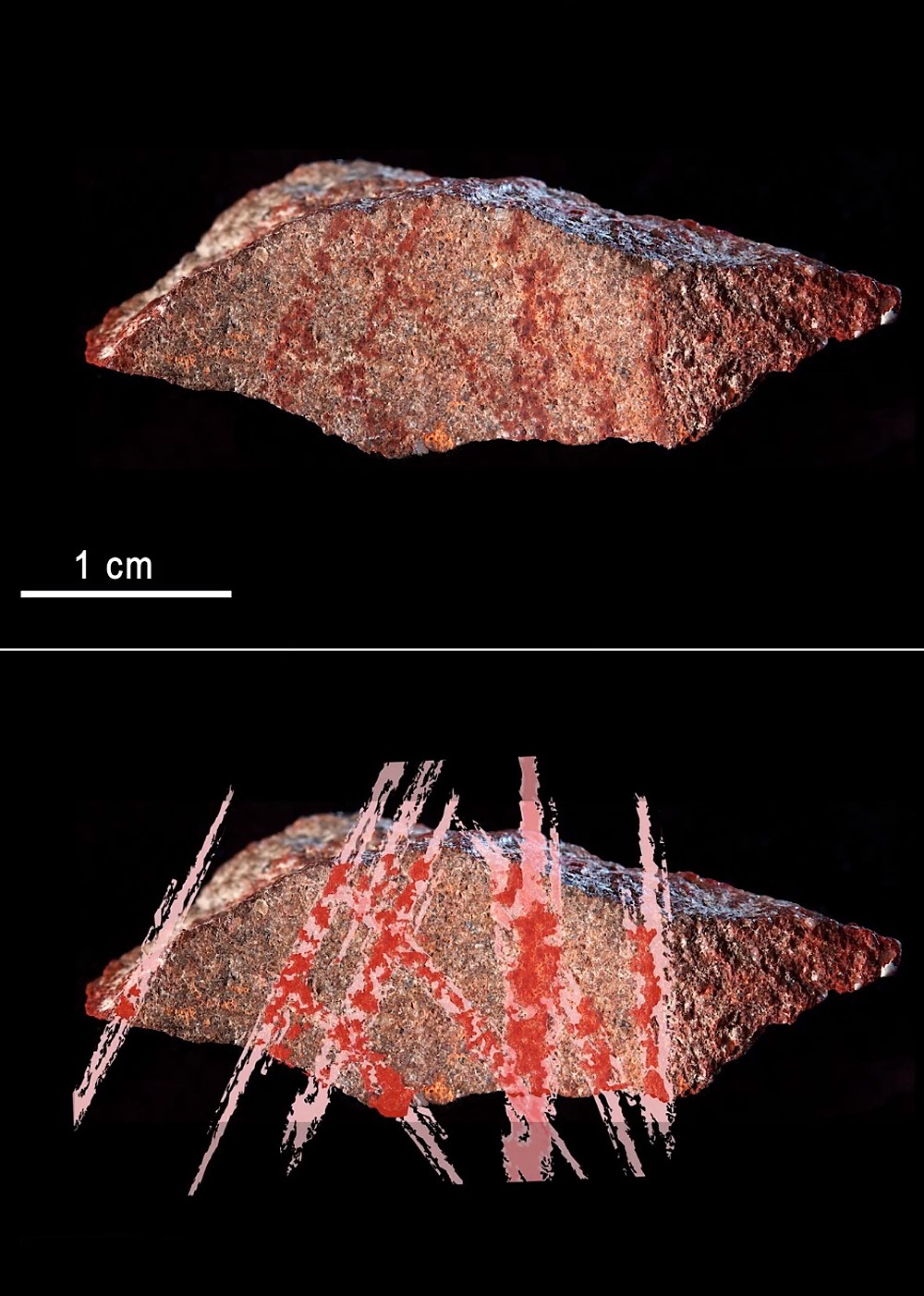 A stone flake discovered in South Africa that researchers say has the oldest known drawing by Homo sapiens on its surface. The image below highlights the ocher markings by superimposing extended hashmarks. Credit: Henshilwood, C.S. et al

The decorated stone flake found, which scientists think is about 73,000 years old, predates the oldest previously known modern human abstract drawings from Europe by about 30,000 years. Christopher Henshilwood, an archaeologist from the University of Bergen in Norway and lead author of the study, states that this example of early drawing comes as a surprise. The finding, which was published in Nature, may provide insight into the origins of humanity's use of symbols.

The ancient drawing was unearthed in Blombos Cave, some 200 miles east of Cape Town. Archaeological deposits at the site date from 70,000 to 100,000 years ago during the Middle Stone Age. Inside the cave, scientists have uncovered Homo sapiens' teeth, spear points, bone tools, engravings and beads made from seashells.

The actual discovery was made by Luca Pollarolo, a research fellow at the University of the Witwatersrand in Johannesburg, South Africa, whilst cleaning artefacts excavated from the site in 2011. He contacted Dr. Henshilwood and Karen van Niekerk, also an archaeologist from the University of Bergen, and they agreed that the flake was worthy of further investigation.

They took the artifact to France to be examined by Francesco d'Errico, an archaeologist at the University of Bordeaux. There, the team had to determine whether the red lines were drawn onto the stone. If not, what were they?

Using a microscope, a laser and a scanning electron microscope, they determined that the marks were on top of the rock and that they were made from red ochre. Researchers at Blombos already know that ancient humans making ochre paint as far back as 100,000 years ago.

Painted or drawn? The researchers recreated ochre paint, then fashioned a wooden stick into a brush and made strokes on stone flakes comparable to the specimen. They also made an ocher crayon and drew lines. They then compared the paint markings and crayon markings with what they had seen on the artefact. They determined that the marks were drawn, using ocher tip that most likely measured only about 1 to 3 mm in thickness.

That distinction between a painting and drawing is important, according to Dr. Henshilwood, because ocher paint batches can dry. That makes it less useful than an ocher crayon used by an ancient human whenever she or he wanted to make symbols without going to the trouble of mixing up paint. 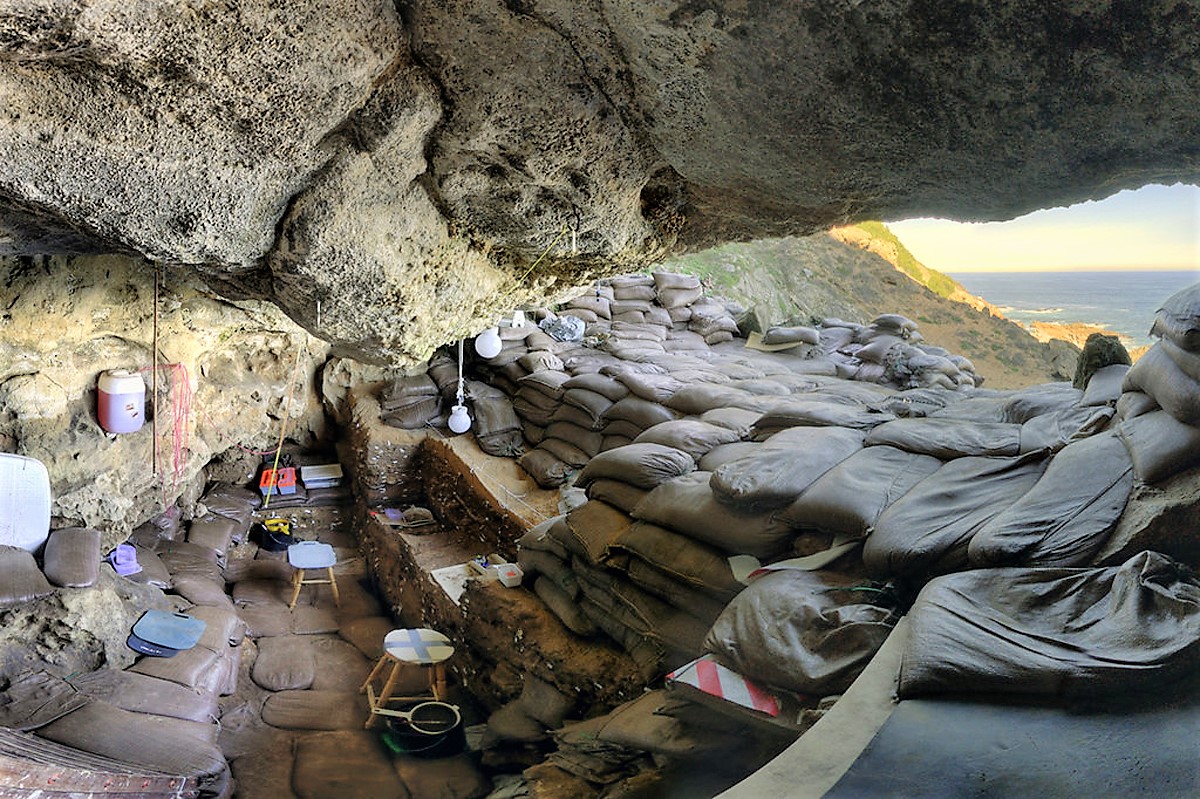 The interior of Blombos Cave, where the artifact was first excavated in 2011. Image: Christopher S. Henshilwood

Dr. Henshilwood and his team suggest the flake was once a part of a larger stone that the prehistoric humans may have used to grind ochre. They also showed that the original red lines most likely stretched past what was seen on the stone flake before the grindstone was broken.

Design or random? Dr. Henshilwood believes the marks are part of a symbol. Moreover, they were made by a member of our species, and not some other hominin, because they have only found Homo sapiens remains in the cave. Similar criss-cross and hash mark patterns have been found engraved in pieces of ocher found in the cave. The latest finding provided further evidence that early humans in Africa used symbols and abstract thinking across a multitude of methods, including drawing, painting, engraving and jewellery making.

Read more:
Where is the oldest rock art?