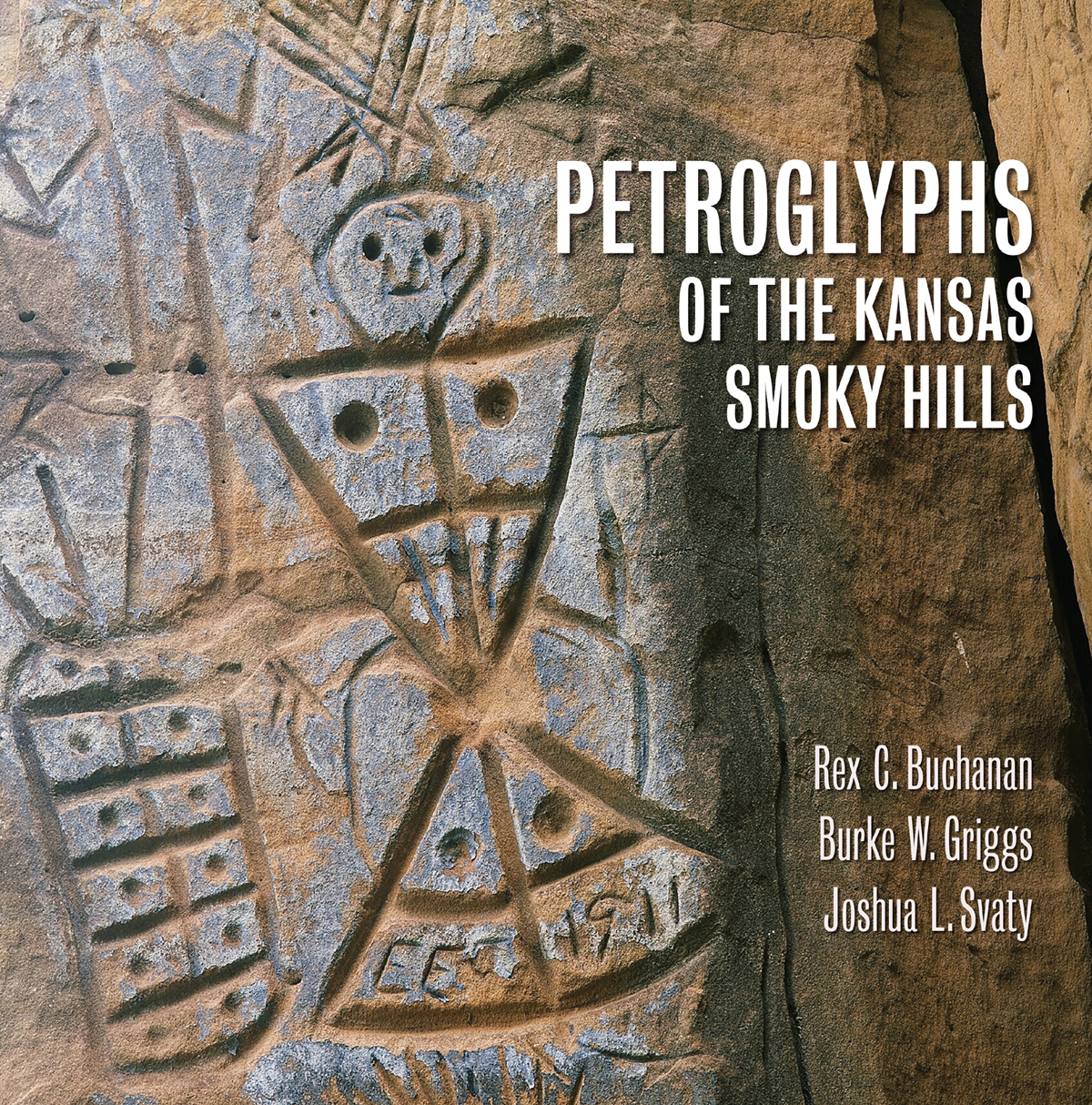 Long before the coming of Euro-Americans, native inhabitants of what is now Kansas left their mark on the land: carvings in the soft orange and red sandstone of the states Smoky Hills. Though noted by early settlers, these carvings are little known—and, largely found on private property today, they are now rarely seen. In a series of photographs, Petroglyphs of the Kansas Smoky Hills offers viewers a chance to read the story that these carvings tell of the region’s first people — and to appreciate an important feature of Kansas history and its landscape that is increasingly threatened by erosion and vandalism.

To establish the context critical to understanding these petroglyphs, the book includes a number of photographs for each of fourteen sites in central Kansas, highlighting individual carvings but also the groups and settings in which they occur. An introduction and captions, while respecting the privacy of landowners and the fragility of the carvings, document what is known of the petroglyphs, how and when they were made, and what they can tell us of the early people of Kansas.

Buchanan, Griggs, and Svaty provide a valuable contribution to the field, documenting through detailed photography and descriptions previously unrecorded Native American petroglyph sites and updating conditions observed at several other previously recorded sites in central Kansas. By elaborating on the geological context of these locations, they contribute a unique perspective for further research, all the while addressing the cultural and historical aspects of approaches archaeologists have employed in analyzing these prehistoric images. The authors achieve a balance by creating a work that is important to professionals and accessible to the public. Brian L. ONeill, PhD, senior research associate/archaeologist, University of Oregon Museum of Natural and Cultural History

The only way to preserve rock art—a finite and fragile cultural resource—is to record it. This book is an important contribution toward that goal. The high-resolution photographs stand alone as valuable updates and additions to the existing archaeological records. Buchanan’s narrative style makes science approachable to a broad audience. His commentaries are strong on observing things in context, within both the natural landscape and human lifeways. The presentation is respectful to Native Americans, not presuming to speak for them or co-opt their heritage, and the positive role of private landowners is acknowledged. The strong stewardship message is exemplary. Virginia Wulfkuhle, public archeologist emerita at the Kansas Historical Society and editor of The Kansas Anthropologist

Burke W. Griggs, associate professor of law at Washburn University School of Law, is a fellow at the Woods Institute for the Environment and an affiliated scholar at the Bill Lane Center for the American West, both at Stanford University. He has published photography in guidebooks for the western United States, including David T. Page’s Yosemite and the Southern Sierra Nevada

Joshua L. Svaty is the fifth generation of his family to farm in Ellsworth County and has worked on natural resource issues with nonprofits and state and federal government. He was the fourteenth Kansas secretary of agriculture.