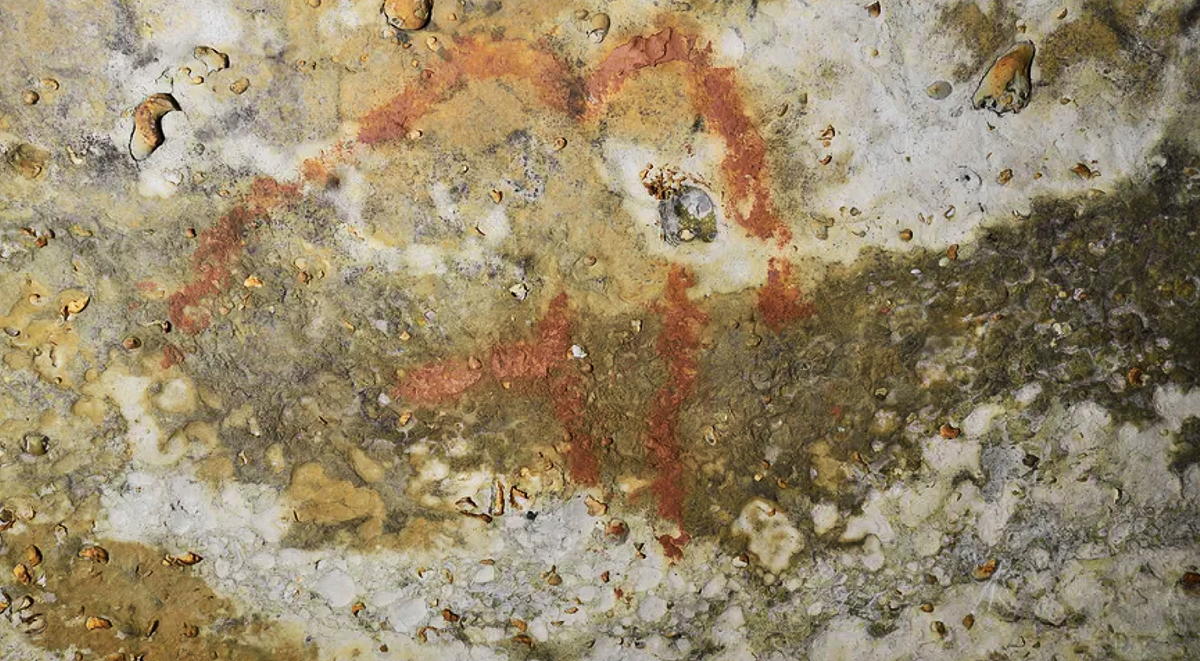 Thirteen new images, including this depiction of a mammoth drawn in clay, were discovered in the Rouffignac cave in the Dordogne. Image: Frédéric Plassard

The discovery was made by the owner of the cave, Frédéric Plassard, who noticed the new images whilst exploring the cave during the confinement at the end of March. "I have already spent a few thousand hours in this cave, so there was a bit of disbelief in discovering them" he joked. He wondered if they were actually prehistoric.

Once thorough investigations were made, he realized that there were indeed twelve engravings and a drawing in clay, all prehistoric and depicting mainly mammoths and bison. 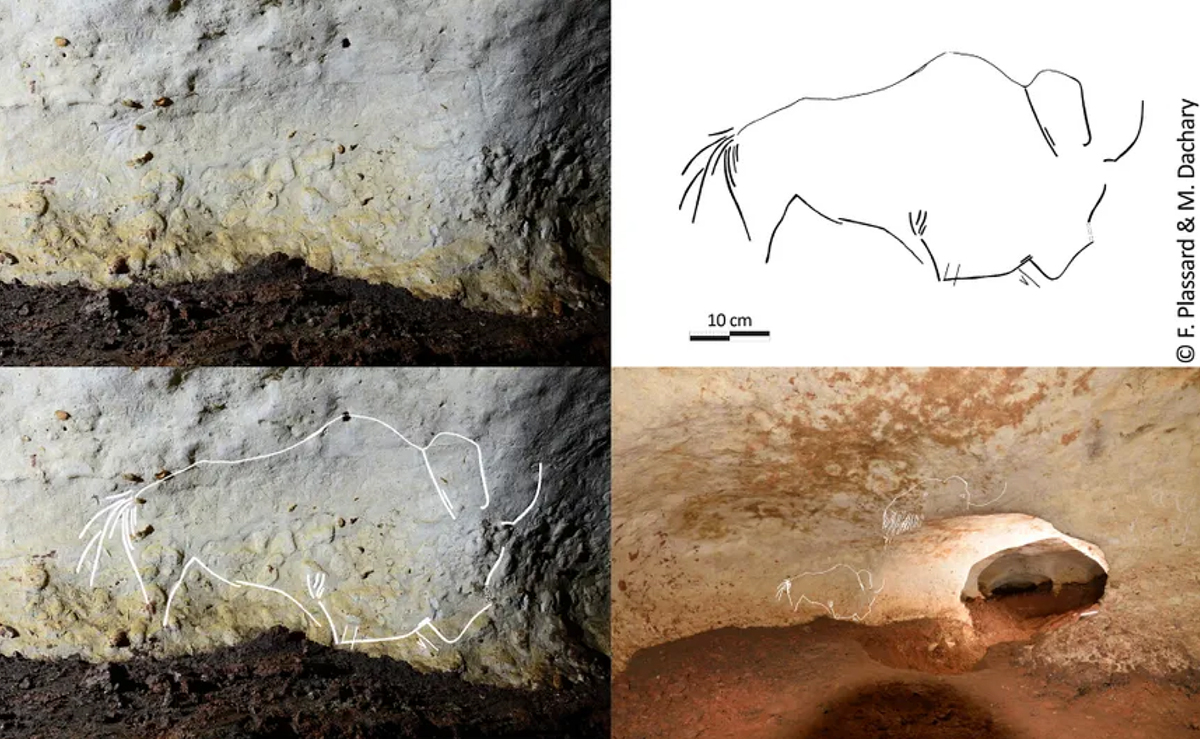 A bison engraved on the wall of the Rouffignac cave. Image: Frédéric Plassard

One image in particular caught the attention of Frédéric Plassard: a female figure. "It is a schematic representation, reduced to a silhouette, as can be found in the Combarelles cave" he explained. "On the walls of the cave, we can see what looks like the beginning of a thigh and chest. This is important because it is the first of its kind in Rouffignac." He stated that this remains to be confirmed.

The thirteen new images were discovered in an area of the cave that is barely two feet high and four feet wide.

Click here to view the rock art of Rouffignac cave