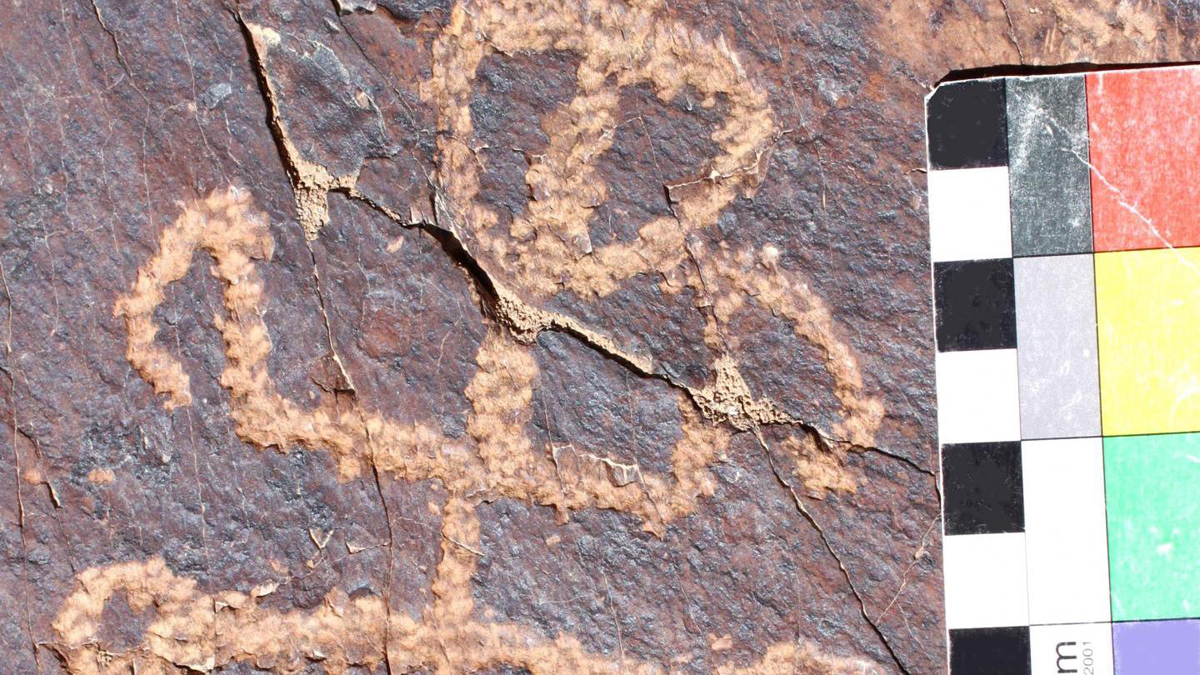 The puzzling petroglyph, which bears some resemblance to the 'squatting man' motif, suggests that insects have long held a place in human lore. The glyph is strangely shaped with a spindly body sporting six limbs, a triangular head and two bulging eyes. Described as half human, half praying mantis, the curious figure, described in a paper recently published in the Journal of Orthoptera Research, still largely eludes explanation. But it may represent an insect-themed variant of the so-called “squatting man,” a circle-heavy motif that adorns ancient rock faces found worldwide, according to Daisy Hernandez of Popular Mechanics.

First spotted during a series of surveys conducted between 2017 and 2018, the five-and-a-half-inch-long rock carving initially befuddled researchers. Eventually, however, it caught the attention of a team of entomologists and archaeologists who set out to give the glyph a proper story.

Careful inspection led the entomologists to conclude that the carving likely depicted the head and grasping forelimbs of a praying mantis belonging to the genus Empusa, which is native to the region. If so, it is portrayed to suggest a threatening stance, hinting, perhaps, that its creators had reason to admire or even fear the predatory insects.

Hannah Osborne of Newsweek explains that capping the figure’s middle limbs were a pair of closed loops that reminded the researchers of a well-known glyph called the 'squatting man'. Featuring a human-like figure flanked by small circles, the unusually ubiquitous figure - carved into rock faces across several continents - is so bizarre that one researcher has proposed that the circles represent an extreme aurora that may have streaked across the skies worldwide thousands of years ago.

No precise dating of the carving has been established.