An article by Alex Fox on smithsonianmag.com - See Ancient Cave Art Found in Egypt’s Sinai Desert - reports on the discovery in a cave in the northern Sinai Desert of Egypt of engravings depicting animals such as camels, leopards, cows and mules which may date back to 3,000 B.C. 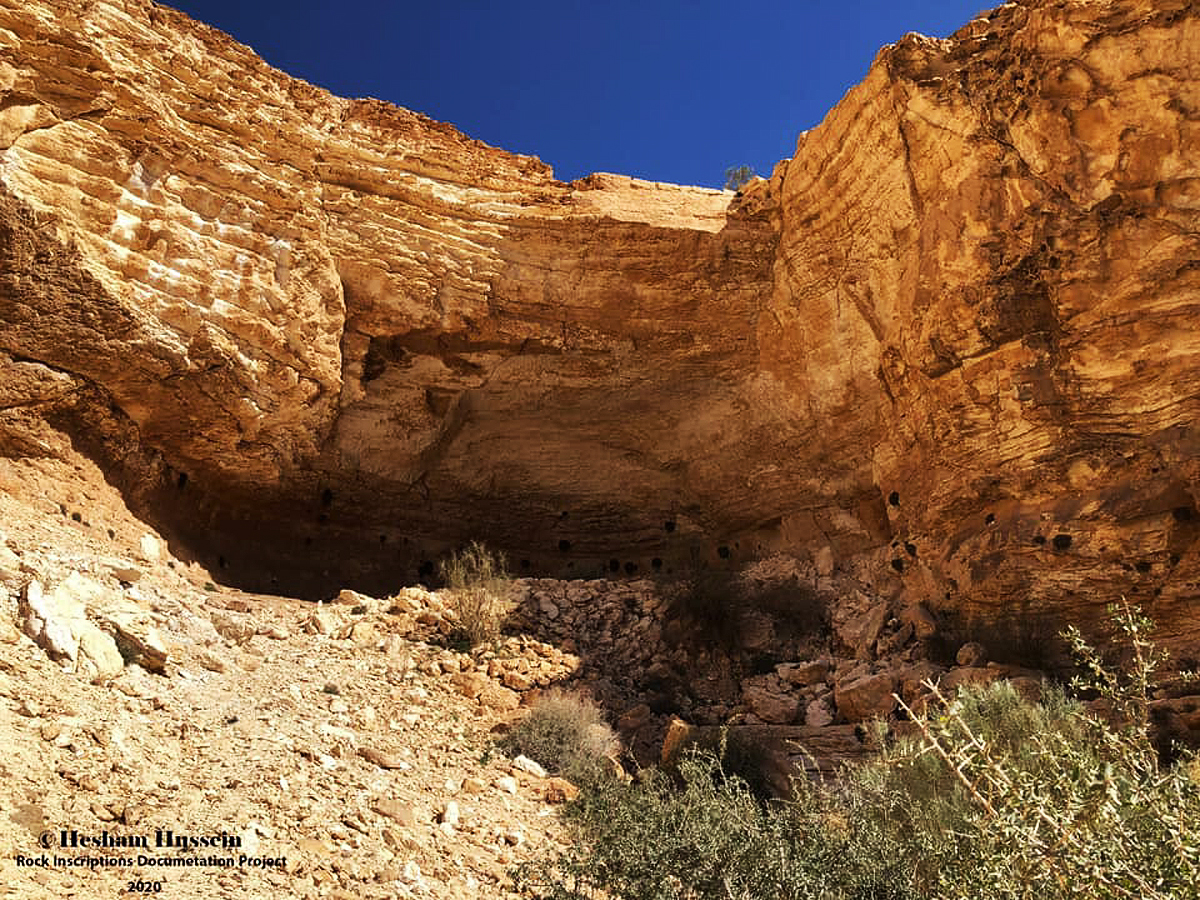 A view of the cave, located in Wadi al-Zolma in the northern Sinai Desert. Image: Hesham Hussein / Sinai Antiquities

A team of archaeologists has discovered a cave adorned with engravings of animals in the northern Sinai Desert, as recently announced by Egypt’s Ministry of Tourism and Antiquity, differing to the the cave art found in the southern Sinai.

“(This) cave is the first of its kind to be discovered in the area,” Aymen Ashmawi, head of the Ministry of Antiquities’ ancient Egyptian antiquities sector, tells Ahram Online’s Nevine El-Aref.

Archaeologists believe this engraving of an ibex may be up to 5,000 years old. Image: Hesham Hussein / Sinai Antiquities

Artists active during the predynastic period likely created the engravings, says Hesham Hussein, lead archaeologist on the find and Sinai’s director of antiquities, in an email. He dates some of the inscriptions back to the Naqada III period, which lasted from approximately 3200 to 3000 B.C., but stipulates that the site has yet to be fully studied. 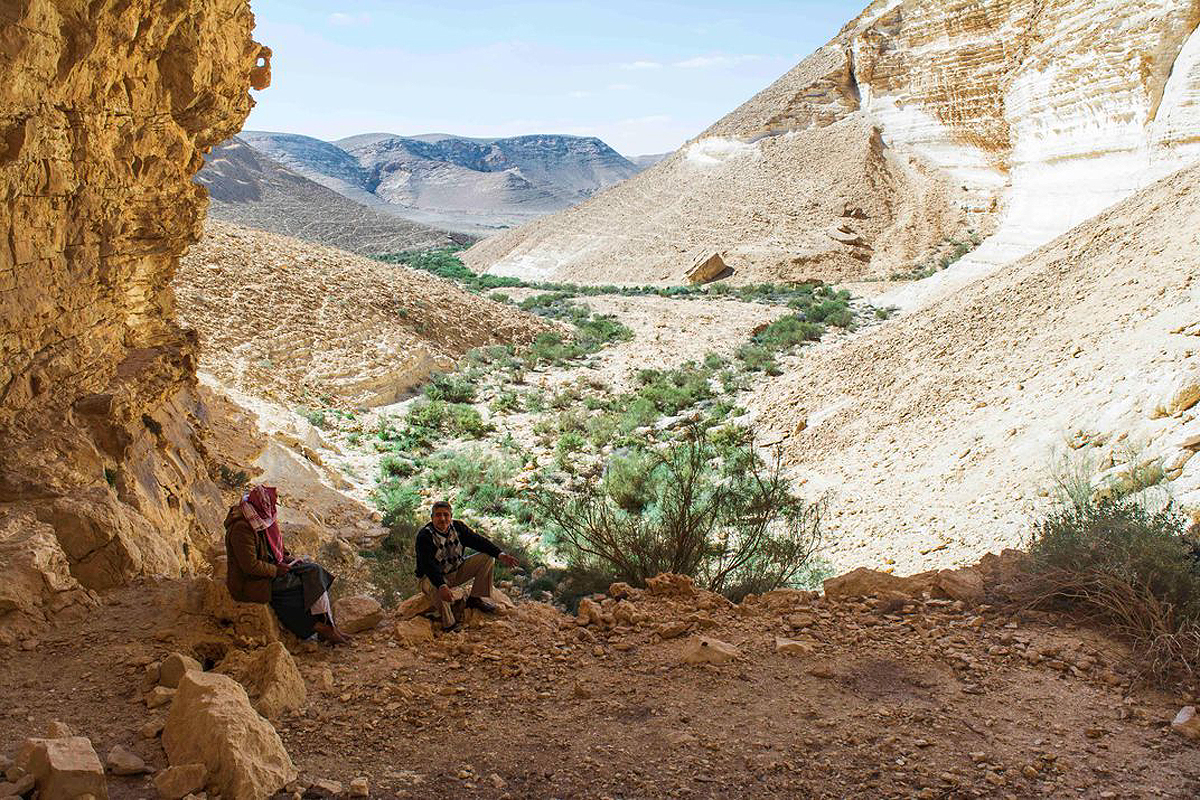 A view of Wadi al-Zolma from inside the cave. Image: Hesham Hussein / Sinai Antiquities

The cave’s potentially 5,000-year-old carvings are distinct from those found in the valleys of the southern Sinai, Ashmawi tells Al-Masry Al-Youm of the Egypt Independent. He adds that the carvings bear a resemblance to bas-relief designs, which feature images that only slightly protrude from the surface. 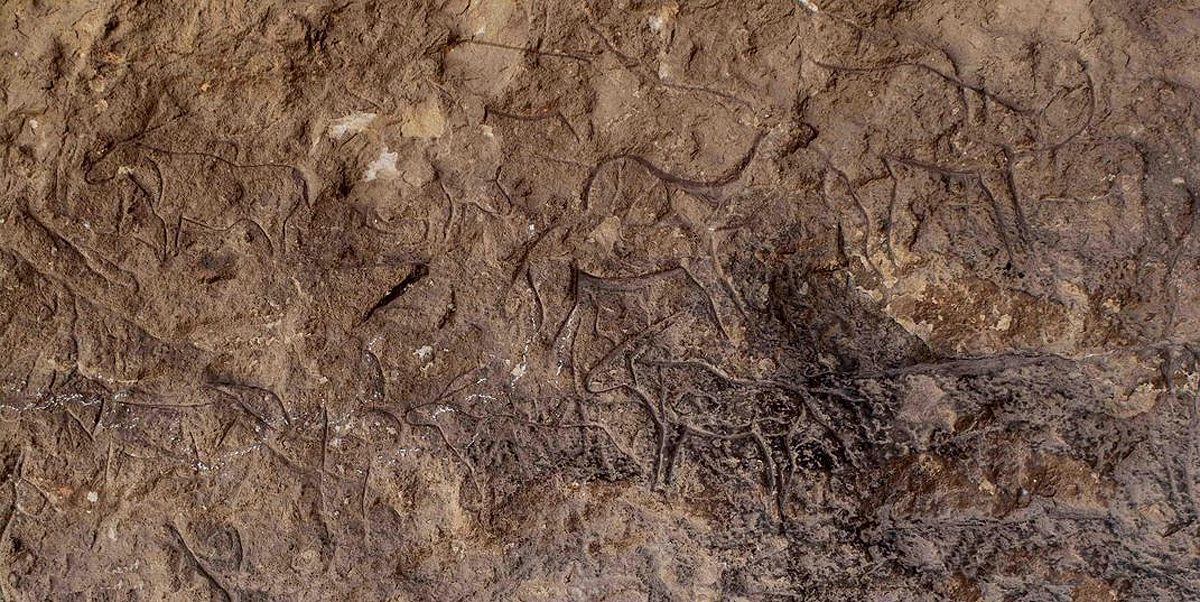 Found mostly along the walls of the inner cave, the engravings depict animals including ibexes, ostriches, camels, leopards, cows and mules, according to Hussein. Some 600 feet southwest of the cave, the team unearthed the ruins of two circular stone buildings that appear to be the only remaining traces of a small settlement, but the researchers do not yet know if the people responsible for building these structures also created the cave art.

The limestone cave is located in a mountainous area of Wadi al-Zulma, a valley roughly 40 miles east of the Suez Canal. Its interior is around 50 feet deep, with a ceiling measuring roughly 65 feet high. The floor is filled with “large quantities” of animal feces and ash from burnt-out fires, Yehia Hassanien, director general of Arish antiquities, tells Egypt Today’s Angy Essam. These remnants suggest the cave saw relatively continuous use, perhaps by locals seeking shelter for themselves and their livestock, adds Hassanien.

The Sinai Desert, which stretches from the Suez Canal to the Israeli border, was important to the ancient Egyptians, who exploited the area’s mineral wealth, John Darnell, an Egyptologist at Yale University, told Newsweek’s Rosie McCall in January, when the Ministry of Tourism and Antiquities announced the discovery of another art-covered cave in the southern Sinai. This cave featured paintings that archaeologists estimate date as far back as 10,000 B.C.

“(T)he ancient Egyptians were inveterate graffiti artists,” said Darnell at the time. “They could not help but inscribe the landscape, especially on roads and at sites of activity in the deserts."

The painted imagery found at the southern Sinai cave is rarer than carved images of the type found at the newly discovered cave to the north, according to Darnell.