An article by Jack Elsom on dailymail.co.uk - Neanderthals perished because human ancestors had better weapons - reports on new research which reveals how our human ancestors developed bows and arrows 20,000 years earlier than thought, allowing them to survive while the Neanderthals gradually became extinct.

Based on the excavation of animal bones in the Grotta del Cavallo cave in southern Italy, the archaeologists believe that our ancestors' superior spears and bows and arrows allowed them to kill animals more easily than Neanderthals, whose relatively inefficient stone tools saw them perish 40,000 years ago. Professor Stefano Benazzi, at the University of Bologna in Italy explains that the advanced hunting strategy is related to a competitive advantage, and that this study offers an important insight into the reasons for the replacement of Neanderthals by modern humans.

The team excavated more than 140 fossils of animal remains from the Grotta del Cavallo, home to the first known 'Upper Paleolithic' settlement in Europe. It found evidence that early homo sapiens were using spears, arrows and darts at least 40,000 years ago - 20,000 years earlier than previously believed. This was based on cut marks on the animal remains which confirmed the animals had been hunted and killed intentionally with refined tools. Neanderthals are known to have used spears and even arrows to hunt, but never mastered the bow and arrow. 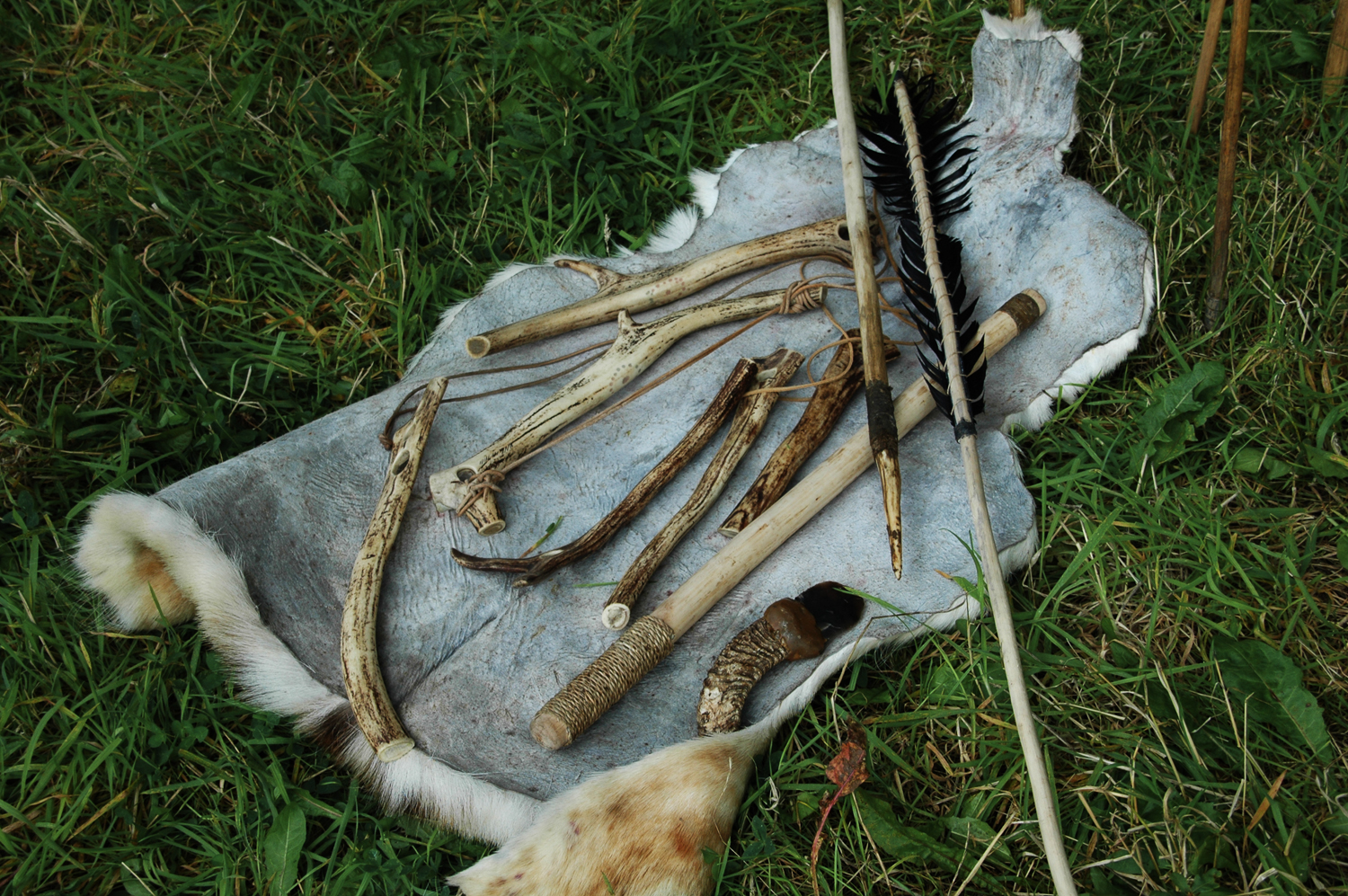 Dr Katsuhiro Sano of Tohoku University in Japan explains that the impact fractures showed similar patterns of experimental samples delivered by a spear thrower and a bow, but significantly different from those observed on throwing and thrusting samples. The team also found traces of ochre, plant gum and beeswax, which were likely used as homemade glue to steady the arrow heads.

While our ancestors co-existed with Neanderthals in Europe for more than 5,000 years, little is known about why Neanderthals became extinct. Different theories include violence, disease, natural catastrophe, interbreeding and competition. Dr Sano goes on to say that modern humans migrating to Europe equipped themselves with mechanically delivered projectile weapons, such as a spear thrower or a bow and arrow, allowing modern humans to hunt more successfully than Neanderthals.