An article by Charlie Smith on theolivepress.es - Spain's long lost 'Stonehenge' rediscovered after drought - reports on the reappearance of a megalthic site in Spain. 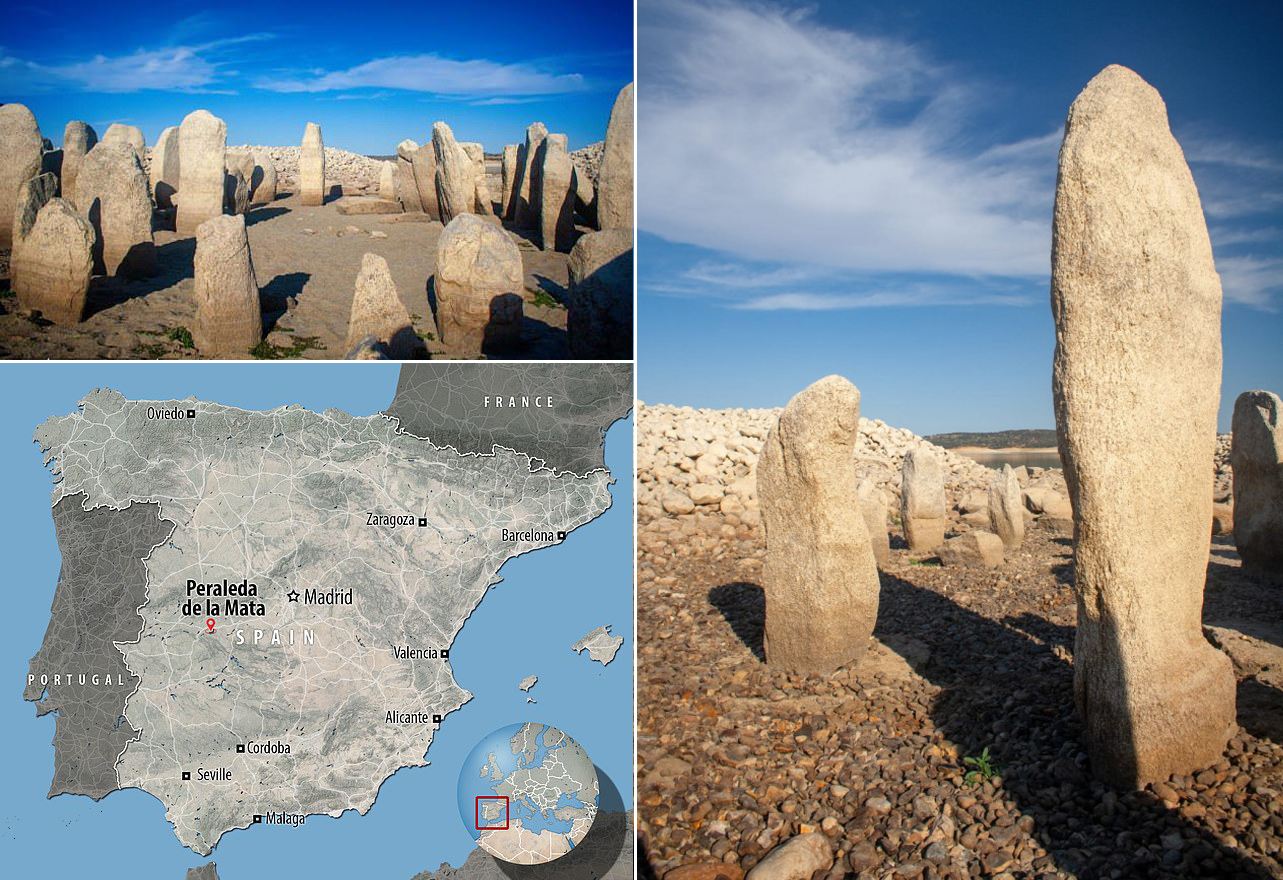 For residents in Peraleda de la Mata, a village of just 1,400 inhabitants, the ‘miraculous’ event confirms a local legend about buried treasure in the area. The tiny village has been left shocked after a 4,000-year-old ‘Spanish Stonehenge’ seemed to rise out of the ground like magic. In reality, this summer’s baking heat caused the water level of the Valdecañas swamp in Extremadura to recede more than usual, thus exposing the historic site of Guadalperal.

This ancient sun temple, dating back to the Third Millennium BC, has only poked its head above water during previous dry spells and has not been seen for six decades. There are now proposals to shift the archaeological wonder from its current spot on the bed of the River Tagus to the banks.

President of the local archaeological association, Angel Castaño said: “It is a megalithic dolmen of great value that now, for the first time, and who knows if it is last, is completely accessible. “We grew up hearing about the legend of the treasures hidden beneath the lake and now we finally get to view them.”

There are 144 standing stones in total, with some topping two metres tall, while many are decorated with carvings of serpents. After the Romans unearthed the site, German geologist Hugo Obermaier began studying the stones in 1925. However, they were submerged when General Franco built a dam in the area in 1963.

The Junta de Extremadura is currently deciding on the site’s future.