An article on theguardian.com - Mexican mammoth trap provides first evidence of prehistoric hunting pits - reports that Mexican archaeologists have made the first ever discovery of pits to trap mammoths dating back to some 15,000 years. 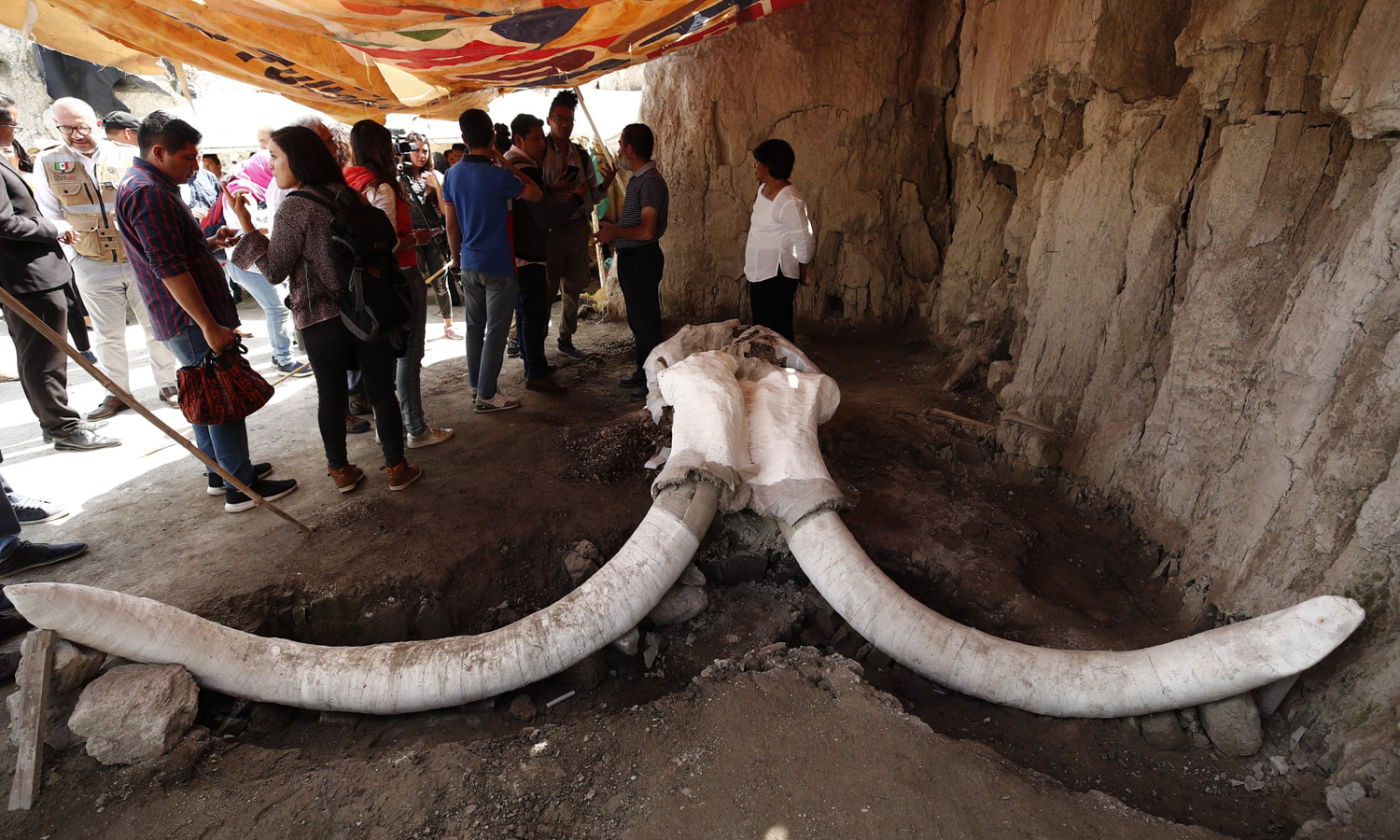 A general view of the remains of mammoth specimens found in artificial traps in the municipality of Tultepec, Mexico, on Wednesday. Photograph: Jose Mendez/EPA
Article continues below
Article continues

Researchers from Mexico’s National Institute of Anthropology and History announced recently that the two pits, containing over 800 bones from at least 14 mammoths, show evidence of direct mammoth attacks. Hunters may have used flamed torches to scare the mammals into the area with the traps which are roughly 1.70m deep and 25m in diameter. One of the mammoth skulls has marks of a spear wound.

Luis Córdova Barradas, the leader of the five-person excavation team, said the find in the neighbourhood of Tultepec, just north of Mexico City, marks a watershed in the study of the relationship between prehistoric hunting and gathering communities and the huge herbivores.

Córdova Barradas went in to explain that “there was little evidence before that hunters attacked mammoths. It was thought they frightened them into getting stuck in swamps and then waited for them to die. This is evidence of direct attacks on mammoths. In Tultepec we can see there was the intention to hunt and make use of the mammoths.”

The first signs of pits emerged by chance in January this year during excavations to prepare the land for use as a rubbish tip. Córdova Barradas said that at the time the traps were built, the area was probably home to about six herds of mammoths. He said that further excavations might reveal more traps.

The archaeologist added that there was still much to study about the mammoth bones already found in the pits and the range of uses they were given by the hunters. There is a particular mystery, he said, over why the haul only includes shoulder blades from the right side. “The left shoulder blades are missing – why?”. Parts of a jawbone and spine of a camel, and the tooth of a horse were also found at the site. Both species later became extinct in the Americas.